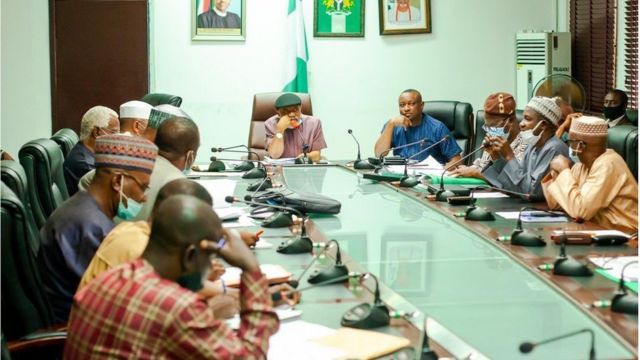 The Union of Academic Staff of Universities has refuted claims by Minister of Labor and Employment Chris Ngige that around 98 percent of faculty requests have been met.

In a statement released Thursday, the union's Ibadan area said the federal government had only satisfied two of the eight demands contained in the December 22, 2020 memorandum of action for the past nine months.

The statement, which was released after the union meeting at Ladoke Akintola University, Ogbomoso, chaired by its coordinator at LAUTECH, Professor Oyebamiji Oyegoke.

In 2020, a nine-month ASUU strike, which began in March and was called off in December, brought public universities across the country to a standstill.

The professors had gone on strike over their disagreement with the government over university funding and the inefficiency and discrepancies around the Integrated Payroll and Staff Information System, among others.

ASUU, however, developed the university transparency and accountability solution to replace IPPIS and had several meetings with officials from the ministries of finance, education, labor and employment, and the Accountant's Office. General of the Federation before the approval of UTAS, but it has yet to be implemented.

Frustrated by FG's approach, the ASUU zone threatened that there could be another 'time bomb', saying the government has yet to address the release of withheld wages and non-payment of union dues. union, among others.

Part of the statement read: “For the avoidance of doubt, ASUU said that only the salary deficit and the establishment of visiting panels at federally owned universities were resolved by the government in nine months.

“Other requests such as the renegotiation of the terms of service, the injection of revitalization funds, the payment of academic allowances earned, the implementation of the solution of transparency and academic accountability were not addressed.

“The assertion by the Minister of Labor and Employment that the money allocated for the revitalization of public universities had been paid in accordance with the 2020 memorandum of understanding cannot be true.

“The same Minister confirmed on August 2, 2021 that the money is still in the custody of the Central Bank of Nigeria, pending only the request of the Minister of Education for a possible transfer to the evaluation fund account of the NEEDS.

"This government has been working hard to facilitate the CBN's money release since January 2021 leaves a bitter taste in your mouth."

The ASUU has expressed its displeasure with the government which withheld wages for months, failed to release the EAA and withheld union dues.

The statement added: “In addition, the avowed suitability of UTAS has been admirably demonstrated to the Minister of Education and members of his team, the Honorable Speaker of the Senate of the Federal Republic of Nigeria.

“And other key players like the Ministries of Labor and Employment; Education, Finance, Office of the Accountant General, representatives of the Nigerian Information Technology Development Agency.

"The more the government insists on meeting the integrity test requirements on UTAS, the more associated pain previously identified in IPPIS will remain with our members."

The presidents present, according to the statement, are the presidents of the University of Ibadan, Professor Ayo Akinwole; UNILORIN, Prof. Moyosore Ajao; LAUTECH, Dr Biodun Olaniran and KWASU, Dr Shehu Salau.