By Mrliman (self meida writer) | 21 days

This true life story is about a man named Yazid Surajo who has Master's Degree in Development Studies but because of unemployment, the young man today pushes wheelbarrow in Lagos searching for metal scraps to enable him to survive. See his Facebook profile below. 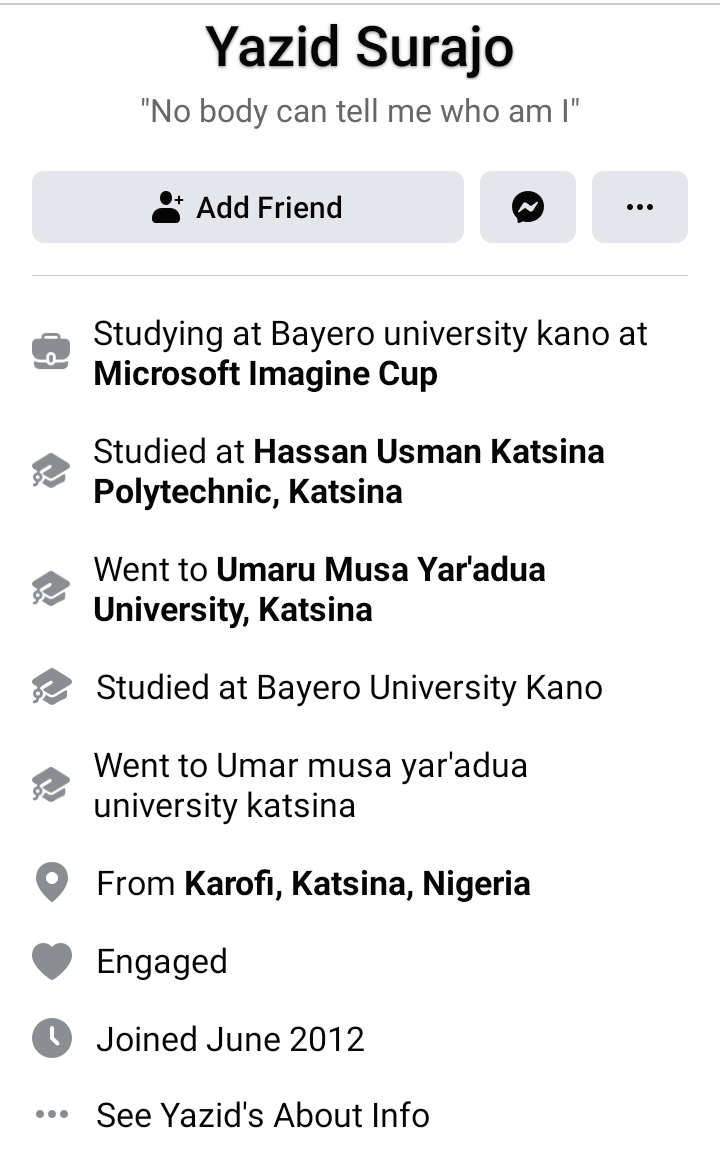 Surajo is from Katsina, born and brought up in Karofi town in Dutsinma Local Government Area of Katsina State. His parents are not well schooled, but they had passion for education, so they took Surajo to a primary school named started Karofi Model Primary School in Katsina where he finished in 2002 and proceeded to Government Science Secondary School also in Karofi and graduated in 2008. 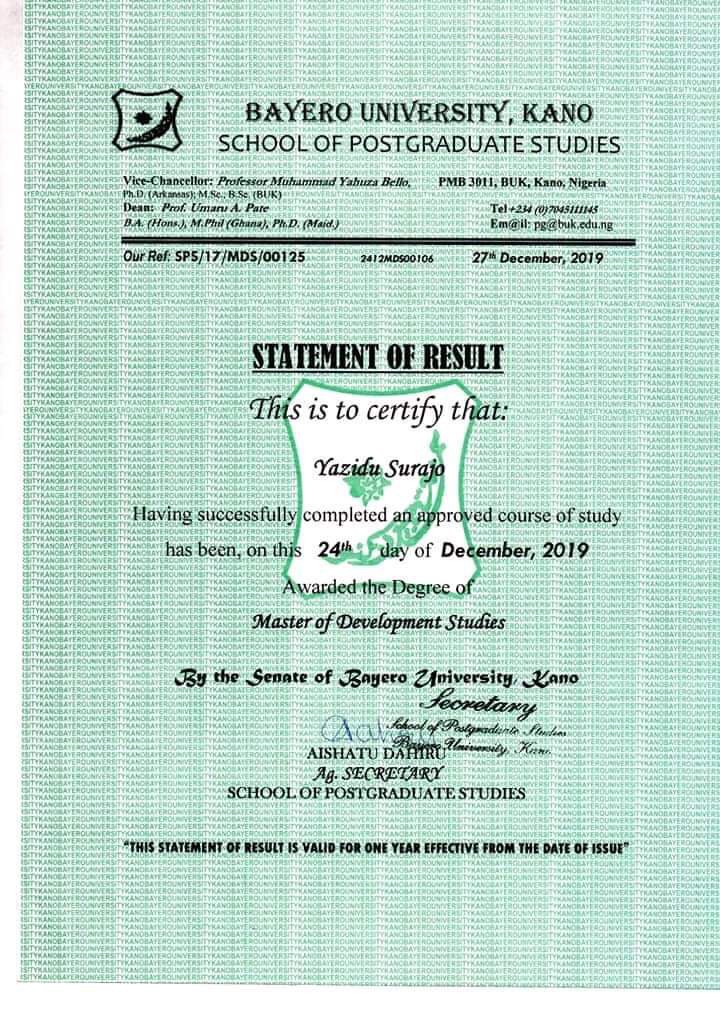 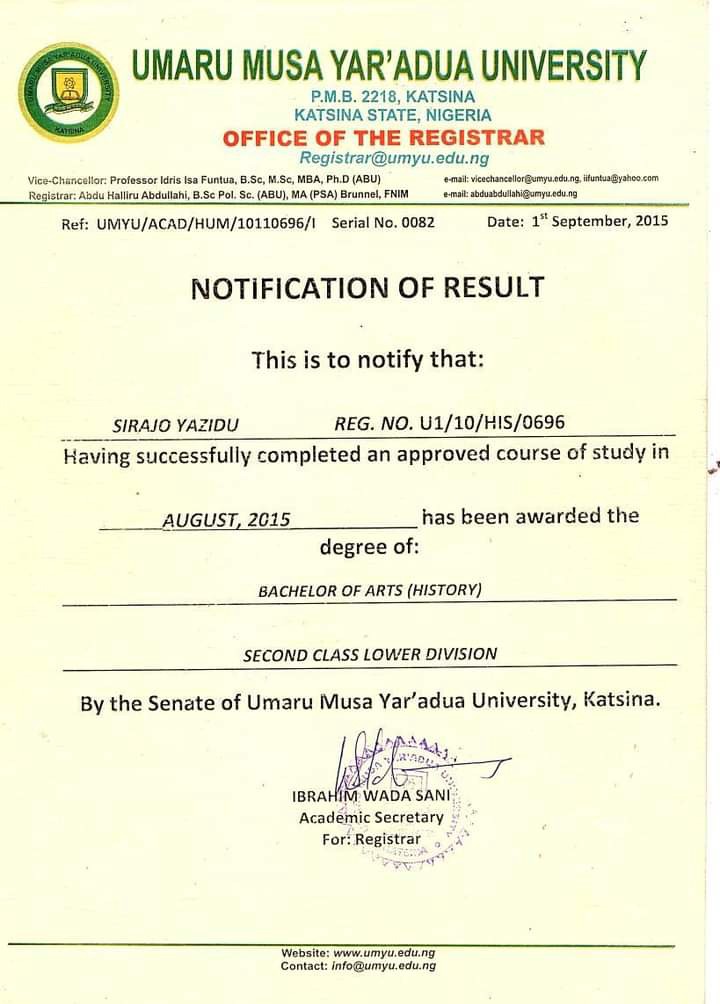 Due to his passion for education and determination to become a future leader, he proceeded to Hassan Usman Katsina Polytechnic, Katsina to obtain an Ordinary National Diploma and proceeded to the prestigious Umar Musa Yar’adua University, Katsina where he studied History and a Master’s degree in Development Studies at Bayero University, Kano in 2021

Surajo's father was an Inspector in the Nigeria police force, while schooling, his father was already suffering from Hepatitis which led to his death in 2010. Surajo's was very sad and had nobody to pay for his school and feed his family, but had it then at the back of his mind that they will collect his father's entitlement which was a night mere until 10 years after the death of his father which is 2020 before they were given the half of their father's entitlement. 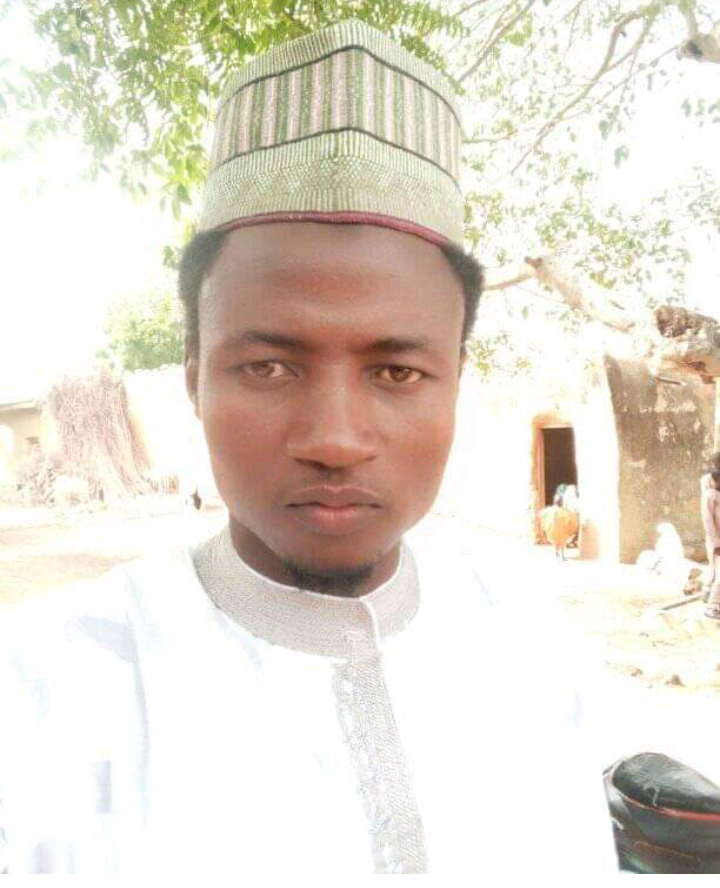 After graduating from Umar Musa Yar’adua University, Katsina, Surajo served in Osun State and after the one-year compulsory service, he was lucky to be one of those chosen as a beneficiary by the federal government for the Npower programme. The program ended abruptly years ago with a lot of promises to the beneficiaries which has not been fulfilled till date. 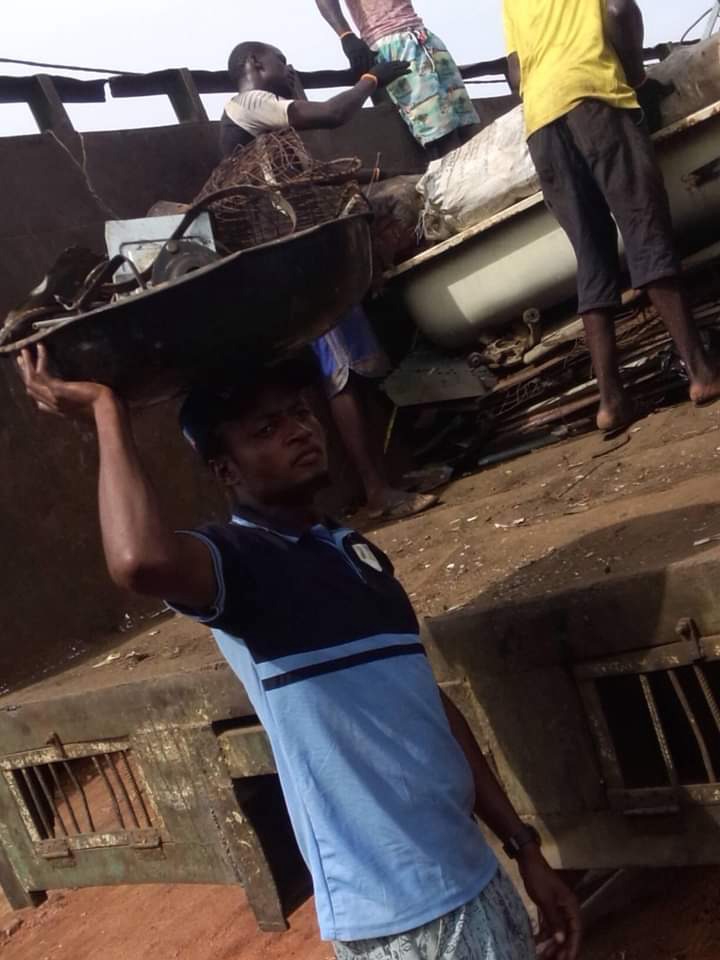 So Surajo moved to Lagos where he became a scrap metal Scavenger with a master named 'Dandogo' who accepted up to 70 workers that he pay daily for whatever scraps they bring back from scavenging. Surajo has applied for many jobs in Nigeria but has not been able to secure one, which has made him focus more on the scrap metal job in Lagos. 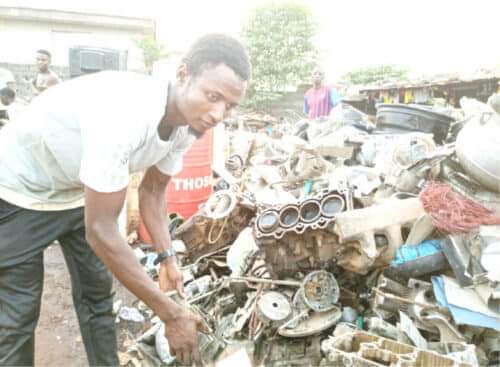 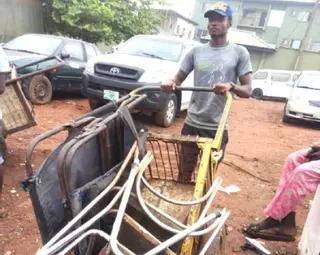 What do you think the government should do for the like of Surajo? Share your views with us in the comments section.

The Root Cause of Kayode Badru's Death at Lagos Church

Video: Sunday Igboho Reveals Why He Will Not Commiserate With Pastor Adeboye On his Son's Death