By Iam_slyde (self meida writer) | 1 months 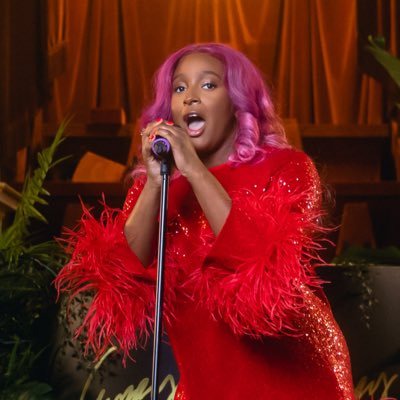 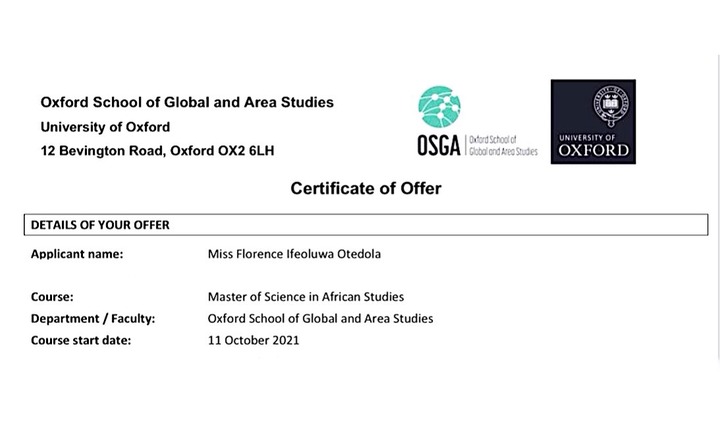 It grew rapidly from 1167 when Henry II banned English students from attending the University of Paris. After disputes between students and Oxford townsfolk in 1209, some academics fled north-east to Cambridge where they established what became the University of Cambridge. The two English ancient universities share many common features and are jointly referred to as Oxbridge 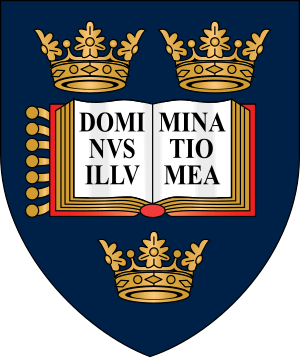 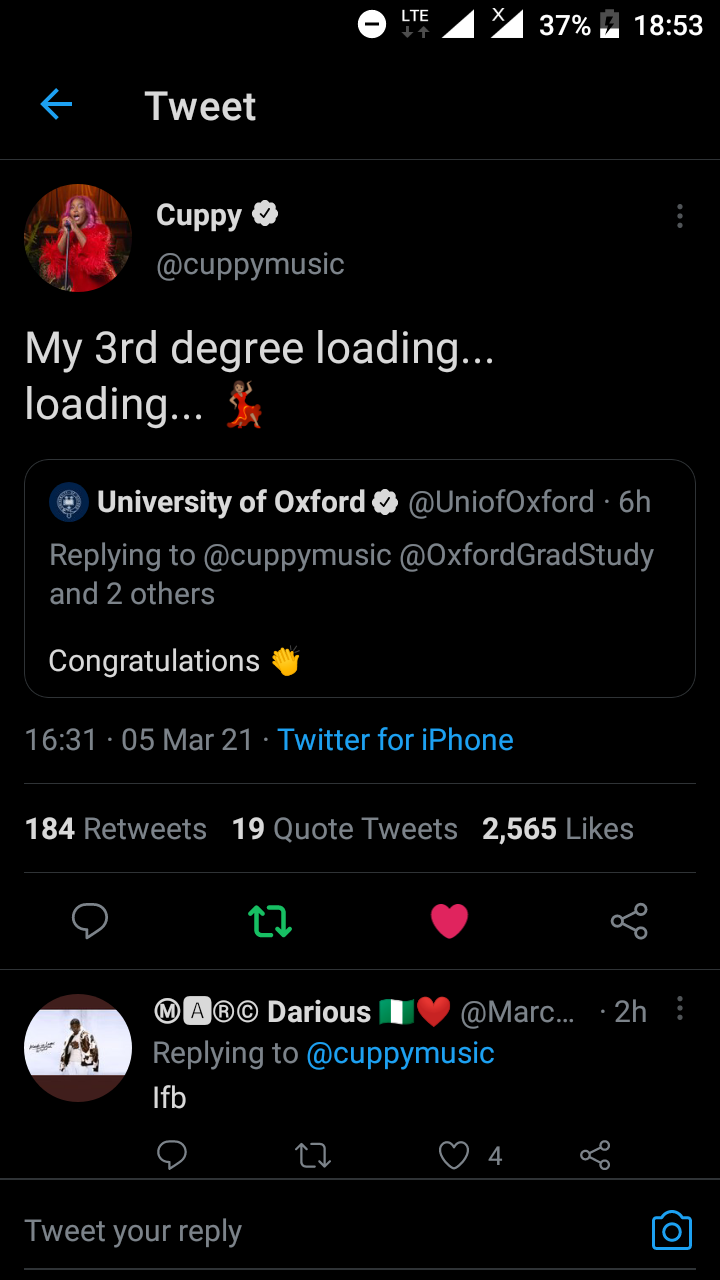 The user twittered @UniofOxford I have been following you guys since and I am sure I don't see you congratulating your other students for gaining admission. You're only putting a big question right now on how this admission came about.This is wrong on so many levels. 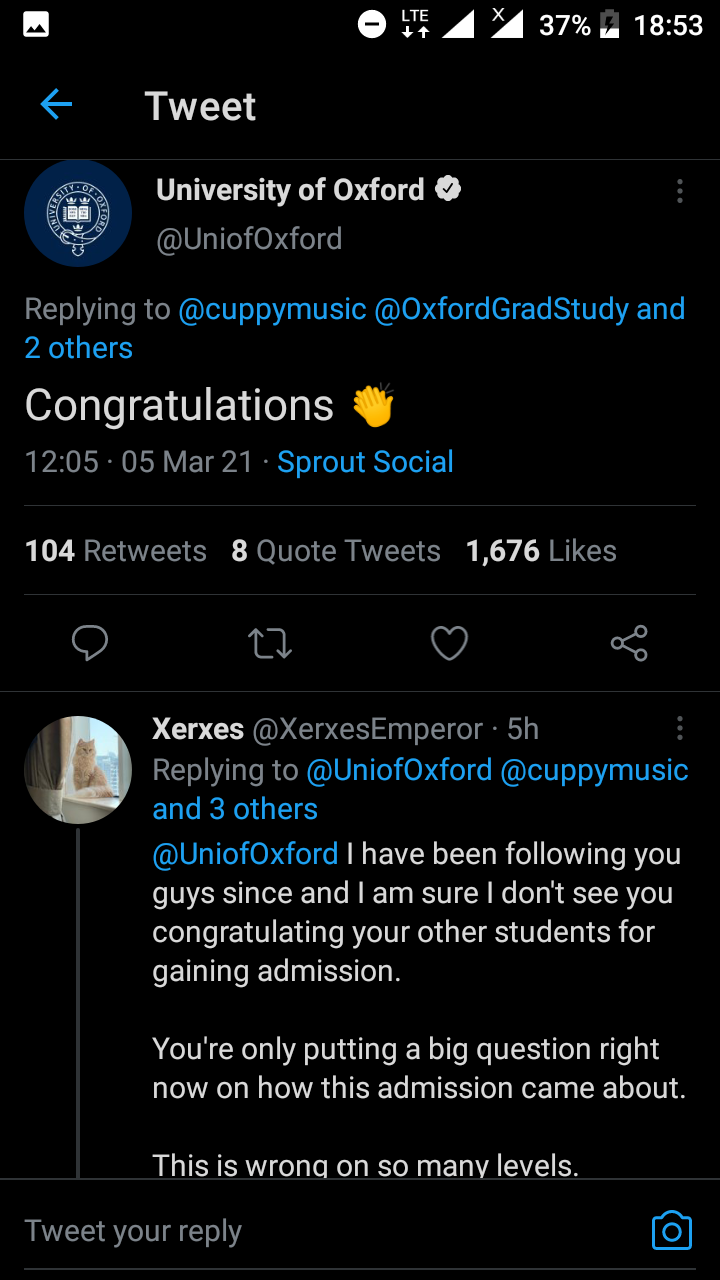 Although she's not the only one they've congratulated through there twitter handle, do I do not know why she's lamenting about it, then another said is she the only one that got the admission.

Whilst another picked her side saying "You guys should please chill na, which one is the query, why University of Oxford is congratulating her. Maybe she’s the only student so far who’s posted her admission letter and tagged them. Cuppy congratulations girl I’m so happy for you. 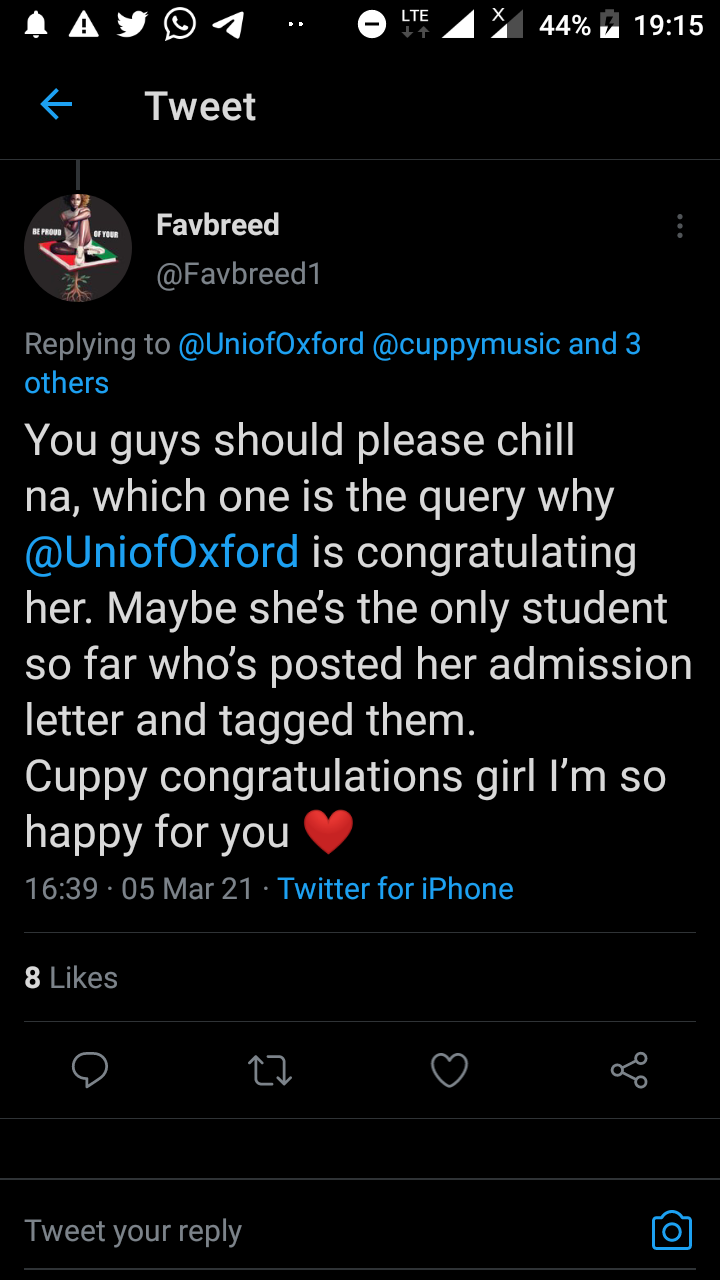 Content created and supplied by: Iam_slyde (via Opera News )