Stacy Bailey was twice awarded with the title of Charlotte Anderson Elementary’s “Teacher of the Year.” Peers and parents loved her, and her students could only give glowing reviews. One parent was particularly affected by Stacy’s charm. 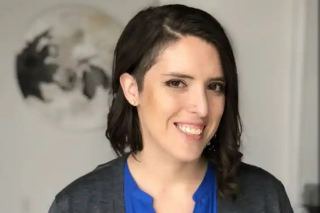 Third-grader Heather was in Stacy’s art class for all of her three years at Charlotte Anderson. She thrived in the class, and Stacy was patient and nurturing towards the girl, who was an anxious kid with the occasional behavior problem. Heather’s mom took notice.

“I learned more from my elementary school–aged daughter about art history than I ever did in college,” said Heather’s mom Carol. She was amazed by Stacy’s ability to teach a sophisticated, grown-up lesson, while still keeping elementary school kiddos interested.

She recalled a night out to dinner with the family, when then-first-grader Heather enthusiastically pointed to a replica painting of surrealist artist René Magritte’s “The Son of Man.” Carol had an eyebrow raised, quite shocked at the fact that her 6-year-old recognized the piece. 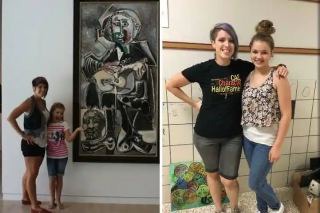 “She was able to tell us who the artist was, the meaning of different aspects of the painting, tell us about the painter and how he was close to his mother and had painted it during a period of mourning after her death,” Carol explained.

“My husband and I were stunned. We googled it. Everything she was telling us was right there in Wikipedia,” she continued. So that’s why Heather’s family was stunned when they heard the heartbreaking news that their favorite teacher had caused “a disruption” at the school. 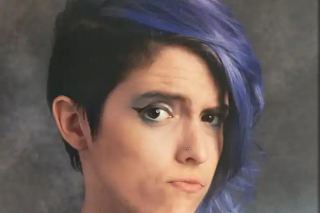 According to the Mansfield Independent School District, it’s a “general rule not to comment on employee personnel matters.” Once rumors spread that Ms. Bailey revealed something personal (and what some would consider controversial) to her students, it “created disruption to the Charlotte Anderson Elementary School educational environment.”

The “disruption,” prompted the district to suspend Ms. Bailey, even though she’d worked at Charlotte Anderson since 2012. When details made it back to the families, they could hardly believe what happened.

What was Ms. Bailey’s heinous disruption? Well, when the sweet lavender-haired teacher presented an introductory slideshow to her students, a specific photo caught everyone’s attention. 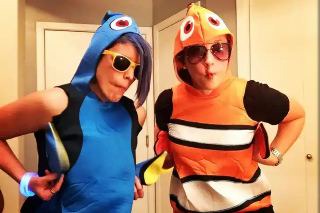 She showed the kids a photo of her and her “future wife,” Julie Vazquez, dressed as Nemo and Dory from 2003’s Finding Nemo. When word got around to parents about the photo, a huge controversy ensued.

One parent complained to the district about Stacy, forcing them to respond. A press release from the school district stated that the district had received complaints about Stacy’s conduct, but another parent had something to say about that.

Heather’s mom Carol argued that “not one time, in three years, was sexuality ever a detail that was presented.” Another student agreed that Stacy’s sexual orientation was never discussed. But Stacy wasn’t going to let the district punish her for being different.

“When a straight teacher happily announces that she and her husband are expecting a baby to her elementary class, is she saying something inappropriate to very young and impressionable students?” Stacy asked. 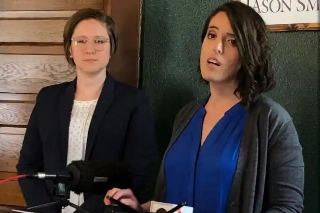 “Is she announcing her sexual orientation? Is she presenting her life in a way that promotes her political beliefs? Of course not. She’s simply sharing facts about her life,” she continued, arguing that there was discrimination at hand.

Understandably, Stacy took legal action, suing the Mansfield Independent School District for discrimination based on her sexual orientation. But did she have a strong enough case to actually take down the elementary school?

Amazingly, she won! In July of 2020, MISD awarded Bailey $100,000 settlement money after a federal judge declared the suspension unconstitutional. For Stacy, the money was nice — but a bigger aspect of the suit mattered more.

The settlement also stated that MISD would remove Stacy’s suspension from her permanent record, provide mandatory training to its HR and counseling staff on LGBTQ+ issues in schools, hand have its board of trustees vote on whether to include “sexual discrimination” as a category in its anti-discrimination policies.

A win for all under their belts, Stacy and her now-wife donated $10,000 of her settlement money to a charity dedicated to helping queer students in schools. She was then reassigned to teach at a local high school, where she met an overwhelming amount of love and acceptance. 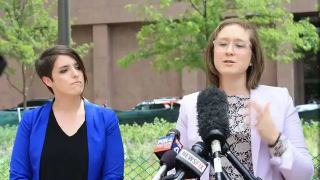 “If you are a school district that thinks you can bully a gay teacher out of their job, I hope you remember my name and I hope you think twice,” she said at a press conference. It’s 2020, and Stacy is done letting anyone treat her like she’s less-than because of her identity.