By eFactor (self meida writer) | 6 days

Former Governor of Imo State and Senator representing Imo West in the National Assembly, Rochas Okorocha has revealed reasons why rich individuals either in the South or North should, as a matter of urgency, reach out to poor Almajiris and help them gain access to formal education. 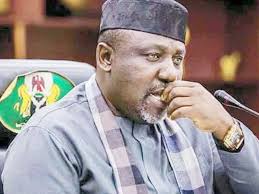 The Senator, who spoke while receiving some students of Rochas Okorocha foundation from Southern Sudan and Ethiopia in Abuja on Tuesday, said influential people shouldn't keep quiet.

He said having a quality education is one of the surest ways to tackle the worsening insecurity ravaging the Northern party of the country. Okorocha who is having a political fight with the incumbent Governor of his state, Hope Uzodinma, said illiteracy is the main reason why insurgency and banditry are striving.

Almajiranci is a system of Islamic education that is being practiced only in the northern part of Nigeria. However, many rural and poor families who can't afford formal schooling have made this choice.

It is difficult to know the number of Almajiri children in Nigeria, but some estimates put it at about 10 million, or about 81 percent of the more than 10 million out-of-school children in the country.

Over the years, this has caused a lot of security challenges because the political class and parents have grossly failed to do the needful. Today, the country is paying dearly for the menace of out-of-school children. Many lives and properties worth billions of naira have been lost through the criminal activities of the bandits and Boko Haram terrorists.

While calling on the well-to-do individuals in the society on the need to help Alimajiris acquire quality education, Okorocha raised some key reasons on why, and this was contained in a report published by the Punch on Tuesday.

Photo of Alimajiris in the Northern part of Nigeria 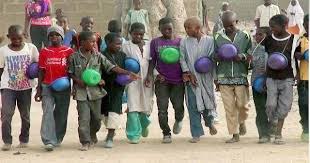 1. Insurgency and banditry is linked to illiteracy

Okorocha thinks that if the Alimajiris are given a quality education, the scourge would be a thing of the last.

He, therefore, advised rich people irrespective of tribe and religion to pick one at least these out-of-school children and educate them. He said, over the years, Alimajiris have felt neglected and not catered for. This is why there is a high level of anger through their expressions.

2. It is through education that Nigeria can be united

This is the second reason Okorocha expressed while begging influential Nigerians to take in Alimajiris to give them formal education. He said: “Do you ever think there would be any conflict between the North and South if this is done ? No, It is through education that Nigeria can be united.”, Okorocha asked!

He further revealed that none of them would ever go into criminal activities if he or she knows that in the future, he could be a great business mogul, medical doctor, Engineer, or governor.

The Senator insisted that Nigerians should see the burden of Alimajiris as part of their responsibilities. And this is where the solution to ending insecurity in the region and by extension the country lies. What is your reaction to the position of Senator Rochas Okorocha on Alimajiris?

Childhood Leukemia and causes of the disease