By OgunTescom (self media writer) | 4 months ago

Contrary to report in section of the media that the JSS one pupil of Paterson Memorial Baptist Grammar School idi Aba , Abeokuta, who was rescued in a flood during a heavy downpour on Thursday 8th July 2021 has died, the boy in question according to the information coming from the victim's school has confirmed that the boy is hale and hearty and he's responding to treatments. 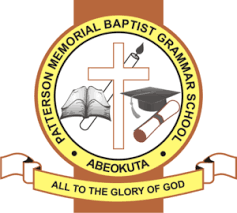 A Radio Station in Abeokuta the Ogun State Capital had on Friday 9th, July in their news bulletin reported that the boy that was rescued in the deep canal had died due to the injuries he sustained when he fell into the flood water.

Worried by the information which has gone into circulation about the death of the boy, a call was put through to the boy's School in order to confirm the news which was debunked that the boy is still alive and in good condition, also that the boy was not admitted at the federal medical centre, idi-aba Abeokuta as reported in the media.

As a result of the incident, many people who reacted to the earlier report that was published when the boy initially had the accident, had condemned the open nature of the drainages along some of the major roads in Abeokuta , describing them as a death trap in waiting. However, an appeal was made to the state government to find a solution to the open nature of the drainage system.

Relatedly, sympathizers at the scene where the boy had earlier fell into the drainage had also appealed that an iron bar should be fixed into the drainage, to serve as a stopper which they believe can serve as a guide against a reoccurrence of the iincident.

Other school of thought believed that such a stopper will accumulate series of dirts usually thrown into the drainage anytime there is a heavy rain.

In order to forestall a repeat of this incident, parents should endeavour to reorientate their children of the danger that is associated in walking in the rain while the rain on, stressing the necessity of looking for a safe place to stay till the rain ends before continuing their journey.