Today's Headlines: Don't Use Court To Deceive Us, Prof Tells FG; Why Atiku Can Not Sack Ayu - Dele

By Debiclaz (self media writer) | 3 days ago

Don't Use Court To Deceive Us, Prof Tells FG 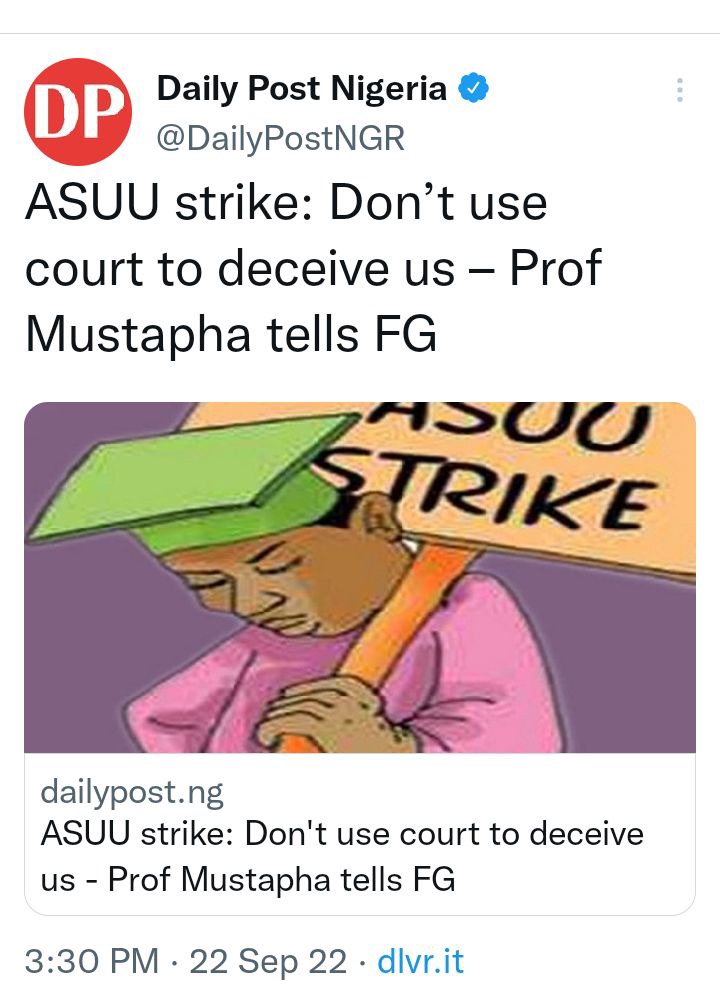 A professor of Political Science at the University of Jos, Professor Mustapha Gimba, on Thursday, faulted the Federal Government for dragging the Academic Staff Union of Universities (ASUU) to the industrial court and subsequently getting a judgement in its favour.

He said the Federal Government cannot whip and later intimidate lecturers into resuming classes, adding that lecturers have fundamental human rights that need to be respected.

Professor Gimba, a one-time political adviser in the office of the former President Goodluck Jonathan, noted that compelling matured men of integrity through a competent court of jurisdiction would not bring out the best in them; rather, a continuous half-baked brain that would not stand the test of time. 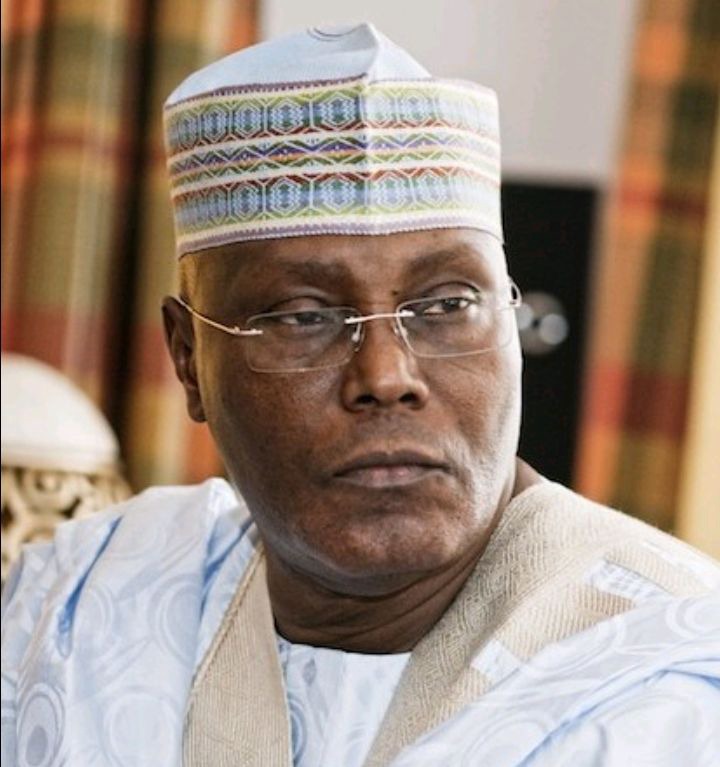 Why Atiku Can Not Sack Ayu 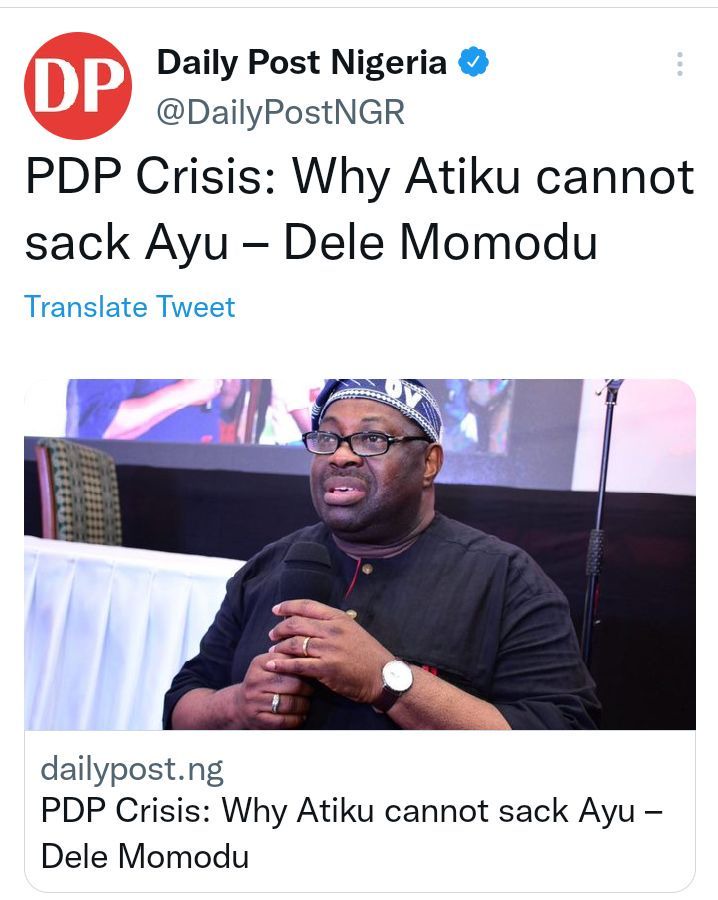 Veteran journalist, Dele Momodu, has insisted that the presidential candidate of the Peoples Democratic Party (PDP), Atiku Abubakar, cannot sack the party’s National Chairman, Iyorchia Ayu because he is not a ‘tyrant.’

Momodu disclosed this while fielding questions on Arise TV’s Morning Show on Thursday.

The Publisher of Ovation Magazine believes Atiku cannot sack Ayu because the former senator supported him. 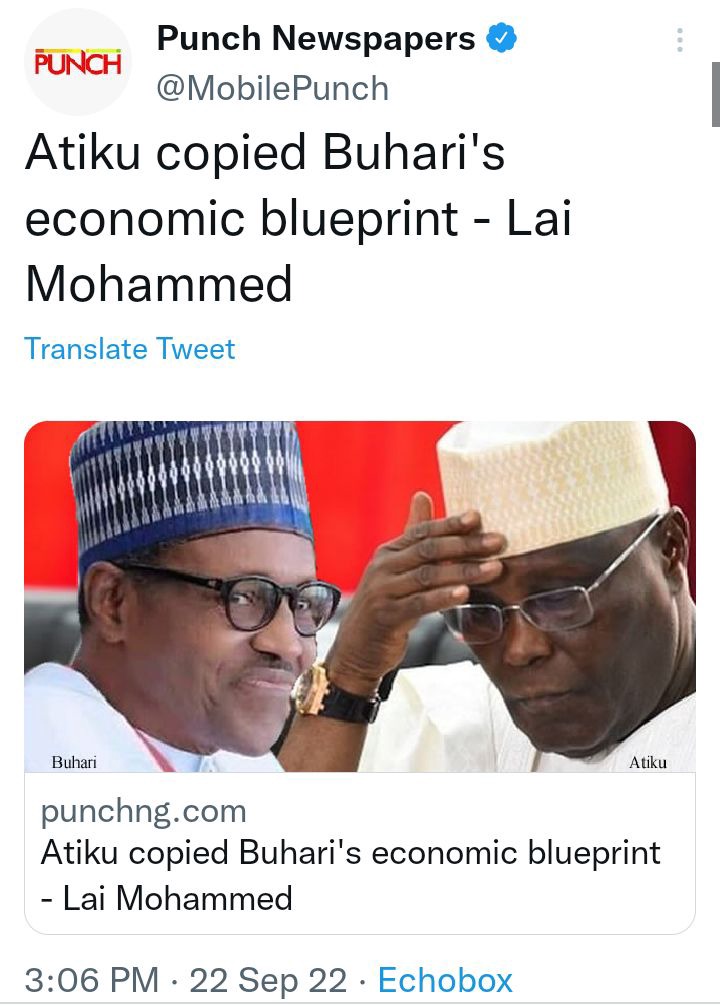 The Federal Government has faulted former Vice President Atiku Abubakar’s agenda on how he will tackle insecurity if he wins the 2023 presidential election.

The Minister of Information and Culture, Lai Mohammed spoke on this at a media briefing on Thursday in Abuja

The News Agency of Nigeria reports that the minister was reacting to the recent Economic Blueprint unveiled by Atiku, the opposition Peoples Democratic Party’s presidential candidate in the 2023 election 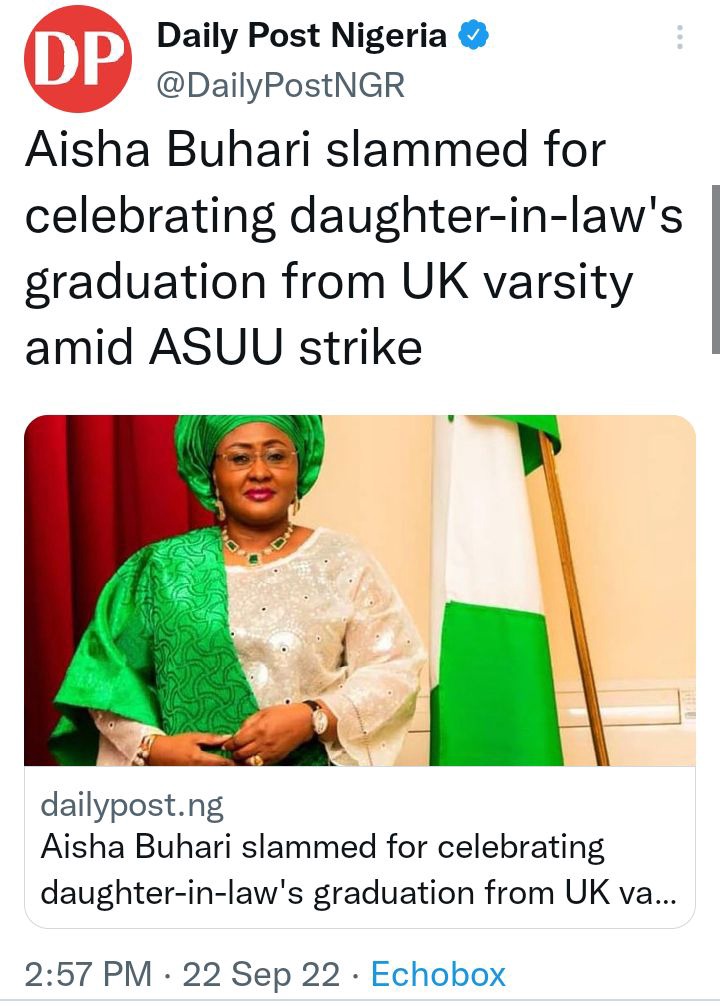 Human Rights Writers Association of Nigeria, HURIWA, has slammed Aisha Buhari for celebrating her daughter-in-law’s graduation from a university in the United Kingdom amid the ongoing strike by the Academic Staff Union of Universities, ASUU.

According to HURIWA, it was insensitive and callous by the First Lady, adding that the president’s wife should apologise to Nigerian students, and parents.

HURIWA said Aisha Buhari was rubbing her daughter-in-law’s graduation from a university in the United Kingdom on the faces of helpless Nigerian university students who have been out of the classrooms for over seven months since members of ASUU embarked on strike on February 14, 2022, over the failure of the President Muhammadu Buhari government to cater for the welfare of lecturers of public universities. 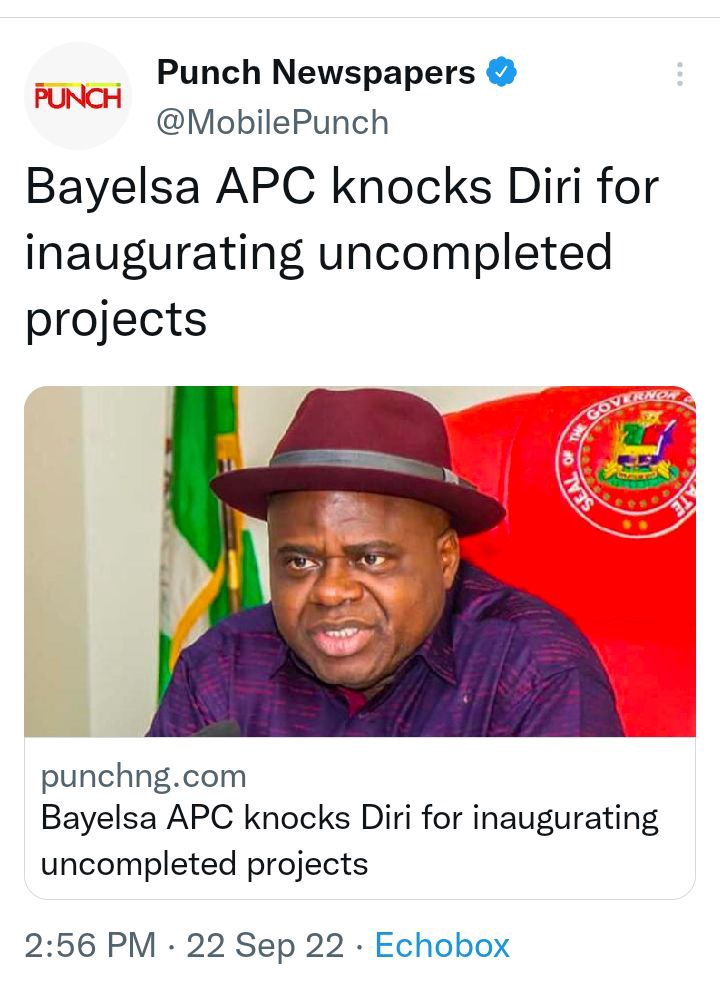 A chieftain of the All Progressives Congress in Bayelsa State, Perekeme Kpodoh, has challenged Governor Douye Diri, to publish the costs of the projects his administration has carried out in the state and their contractors.

Kpodoh, in a statement on Thursday, claimed that projects executed by Diri’s government were shrouded in secrecy, stating that the governor had brought the state under ridicule with his penchant for inaugurating uncompleted projects. 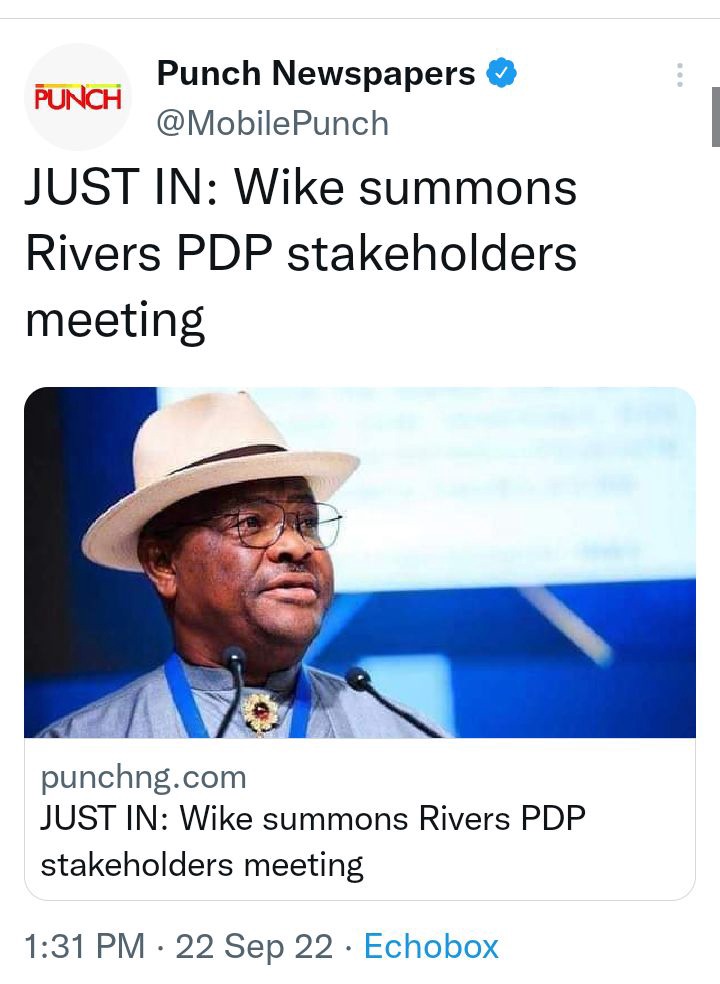 The Rivers State Governor, Nyesom Wike, has summoned a meeting of leaders and stakeholders of the Peoples Democratic Party in the state.

The meeting is the first in the state since the party’s presidential primary and the crisis that followed its outcome.

Though the agenda of the meeting could not be ascertained, a source told our correspondent that since the recent happenings in the party at the national level, party stakeholders in the state had yet to hear directly from the governor.

Content created and supplied by: Debiclaz (via Opera News )