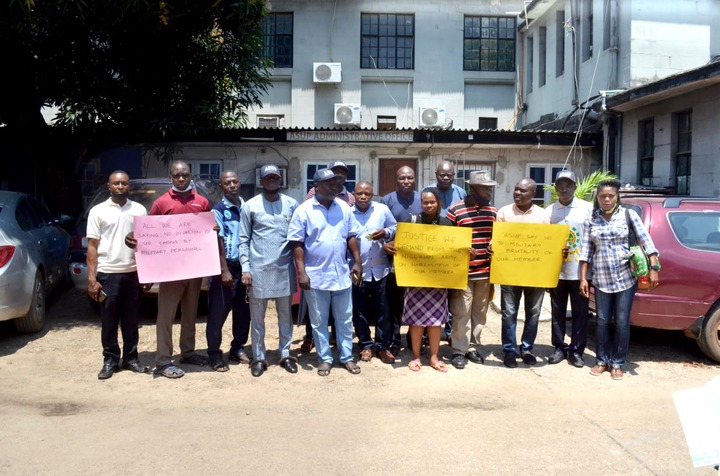 Chairman Academic Staff Union of Polytechnics (ASUP) Yabatech chapter, Comrade Remi Ajiboye has expressed his displeasure towards an act of brutality perpetrated by some military personnel on one of their members on Saturday 9th October 2021 within the premises of Yaba College of Technology.

Ajiboye in an interview with newsmen shortly after a peaceful protest by members of the union, disclosed that such irresponsible act by the unidentified military men was totally unacceptable and de humanizing.

While briefing pressmen about the ugly incident that happened on Saturday, the victimized lecturer, Comrade Adebayo Adeniran, revealed that on his way from his office he saw some set of military men accusing some students who were taking pictures of themselves, to have taken videos of the military men. 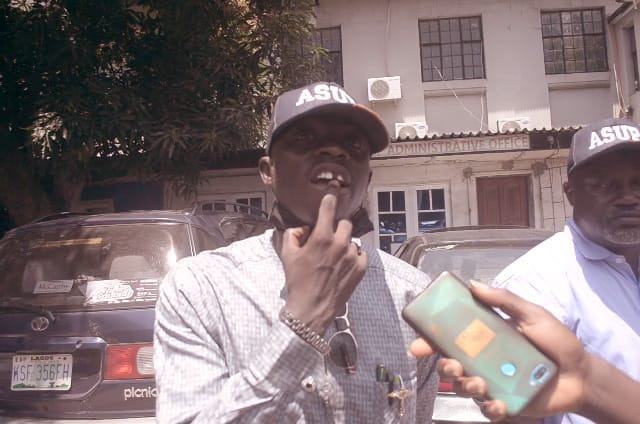 Adeniran also revealed that due to the statement he made, the military men who were 10 in number brutally tortured him to the extent that his buccal cavity was damaged and also lost a tooth.