FG announces date to decide on when schools are to reopen 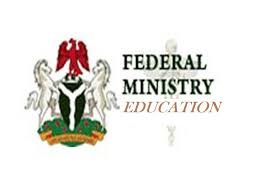 The federal government of Nigeria through the Federal Ministry of Education has dished out information that would make the decision to reopen schools closed for the deadly pandemic fast.

A senior official in the Ministry of Education, Ben Boong, revealed to the journalists on Friday, saying if all schools could meet the requirements stipulated in the guidelines given to stakeholders for reopening of schools by July 29th, then decision on which dates schools are to resume would be decided on July 30.

This would occur after schools send feedback of self-assessment on how far they have gone in preparing for resumption in terms of provision of materials that would allow conformity with social distancing protocols and precaution guidelines. 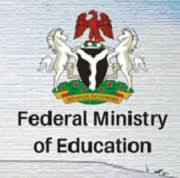 So after the Education Ministry studies the feedbacks from schools, consultation meeting would now be held July 30th with relevant stakeholders including health agencies and ministries to carefully evaluate those feedbacks and then decide on when and when to reopen schools to full academic operations.

Mr. Boong said the ministry had had consultations with agencies like National Center for Disease Control (NCDC), Presidential Task Force on the pandemic (PTF), then Managements of universities, polytechnics, colleges of education, Parent Teacher Association, Nigeria Union of Teachers, and other important interests in education.

School reopening had generated a lot of controversies in recent time with FG's reluctance to reopen schools. Parents and interested parties had been putting pressures on government not to succumb to any adventures that would waste candidates' times. 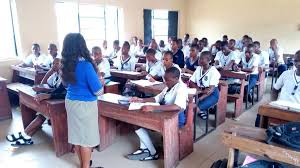 Those parties argued that cancellation of WASSCE would create problems heavier than issues it was mearnt to tackle.

It was reported by The Sun Newspaper that the West African Examinations Council had also been in jitters since the FG announced withdrawal of Nigerian candidates for 2020 West African Senior School Certificate Examinations (WASSCE).

The council, as reported, had been meeting with Education Ministry officials, legislators in the National Assembly, and other important institutions to prevail on the federal government to reconsider its decision to cancel this year's WASSCE.

But with the current revelation from the ministry of education, it is close to believing that WAEC's prayers are being answered.

Earlier, the southwestern governors of Oyo, Lagos, and Ekiti had made it known that they were going to reopen schools for WASSCE 2020 despite FG's cancellation in its schools.

Likewise, the Parent Teacher Association of Nigeria had promised to provide required materials that would make WASSCE 2020 a reality for terminal class students.

If decision to reopen schools are ratified on July 30, then cloud is clear now that WASSCE 2020 would hold.

But whatever would happen in the situations now depends on where those stakeholders resolve the issues on in the coming few weeks.

It worth reminding how a pandemic had been ravaging countries across the world. Many people had died while several are in actively infected situations.

Public places locked; schools closed; hotels deserted; all to save humanity. While such close downs are worth it, they have inflicted both social and economic pains on people.

And wth figures of fatalities and infected cases soaring by the days, it is only God that could give us the time this disease would subdue.

Nevertheless, it is important to adhere to medical advice to keep save. Life has no duplicate as they say!