Meet Zuriel Oduwole the Youngest Nigerian Interviewer and what parents can learn from this. 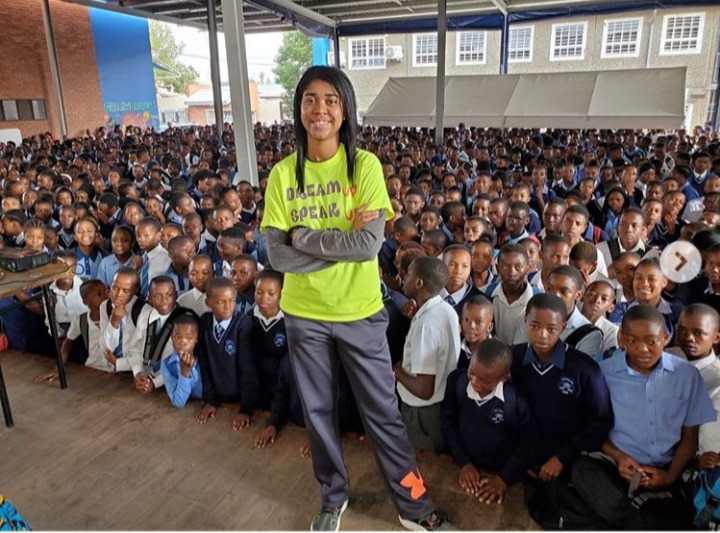 Most children when growing up are concerned about doing their homework, going to school and playing with toys.

But Zuriel Oduwole is not most kids, she had a dream to change the world. If you don't already know her she is the youngest Nigerian interviewer.

Zuriel Elise Oduwole was born in the year 2002, in Los Angeles, California, USA., to African parents. Her father is a Nigerian and her mom is from Mauritania. She is a film maker and a writer, she started interviewing top celebrities like from a tender age of 10 and she has gone on to interview more prominent people in high places. She is an advocate for education of the girl child in Africa. She has interviewed 31 Presidents and Prime ministers in line with her education and advocacy work.

She is the youngest person to be featured in Forbes Magazine, at the age of ten.

At the age of 11, she was listed as one of Africa's 100 most influential people.

In the course of her journey, she has spoken to 47,250 children in 18 countries about Education and its empowerment.

HOW DID SHE START INTERVIEWING PEOPLE?

Zuriel's parents saw the inquisitive nature of their child and they started to home school her at the age of 3, before she was old enough to be enrolled in a school.

Homeschooling is when, a person doesn't go an educational institution but is taught at home.

At the age of 9, she got her first interview with a former president of Ghana, Jerry Rawlings where she did a documentary about the 1979 revolution of Ghana.

The documentary was actually as a result of the fact that she entered into a national competition in the USA where she was representing her school and they were asked to do a documentary on revolution of different countries, she choose to focus on Africa. It was a national history competition which she ended up winning.

She travelled to Ghana for the documentary and she was touched and moved by the deplorable condition. Young girls weren't allowed to go to school, because it is believed that a girl's place is in the Kitchen and the other room.

In African countries where resource are few, the male gender is prioritized.

Zuriel is now studying Pschobiology at the University of California, Los Angeles (UCLA) she hopes to be a child psychiatrist and some day, the president of USA.

WHAT CAN PARENTS LEARN FROM THIS?

Always encourage them to pursue their dreams, sometimes what we want as parents may not be what our children want. You might want your child to be a doctor, and he might want to be a pilot, don't force any career on them. Let them choose their paths.

3. Always be there to cheer them on:

Always be their greatest cheerleader. A child needs to know that she can count on her family any day and any time.

It's not easy for a child to hop into a plane at 9 years old and go to a Country in Africa, her parents financed everything. Are you willing to finace their dreams? 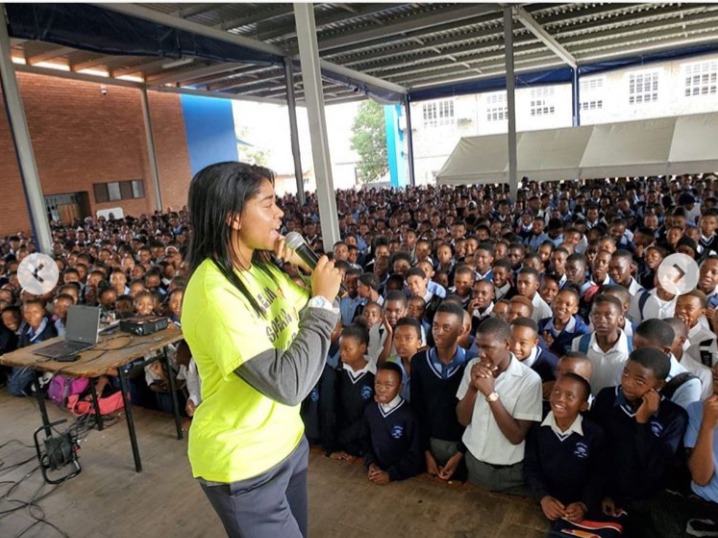 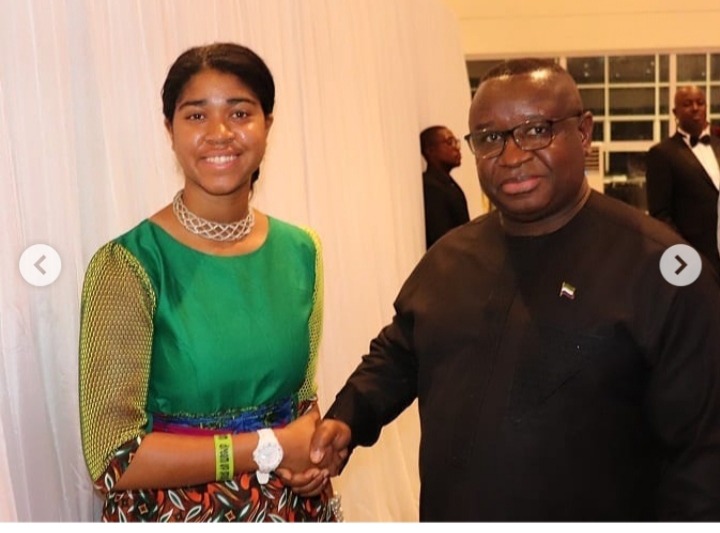 Zuriel with the President of Sierra Leone 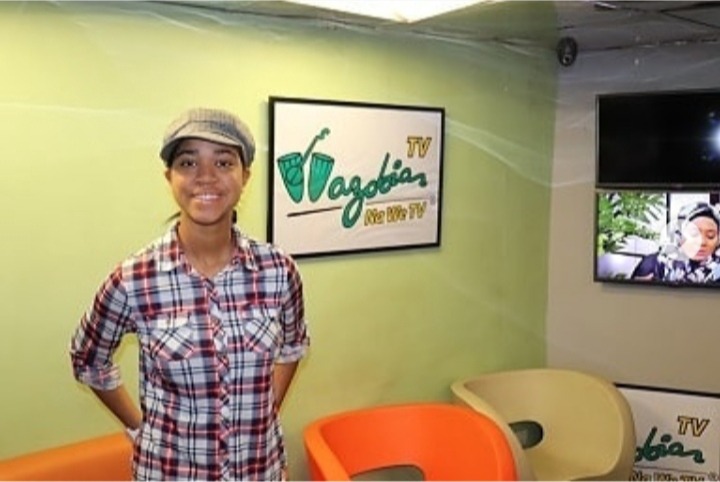 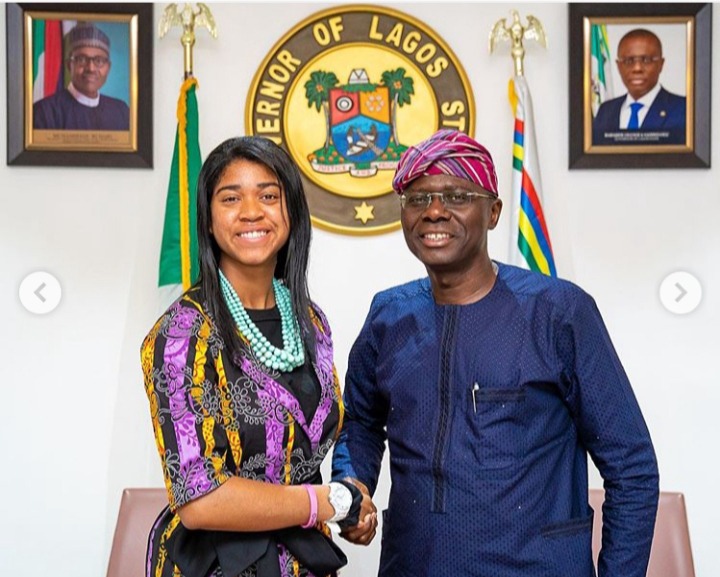 Zuriel with Governor Sanwo Olu (the Governor of Lagos State) 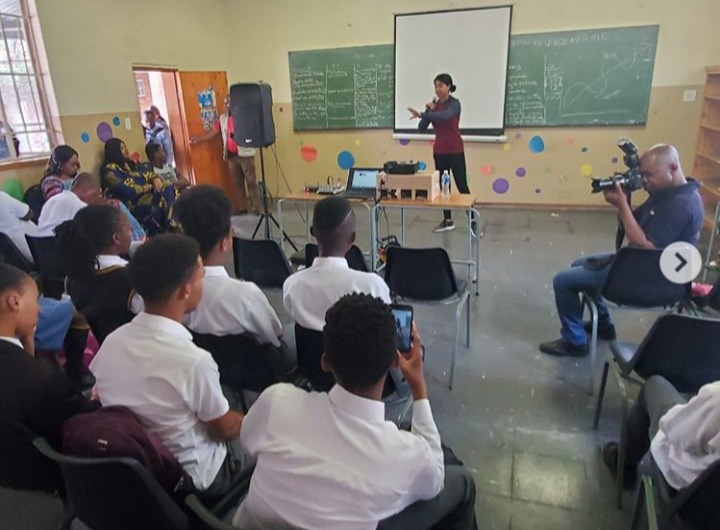 So that's it guys.