By matthewtegha (self meida writer) | 1 months 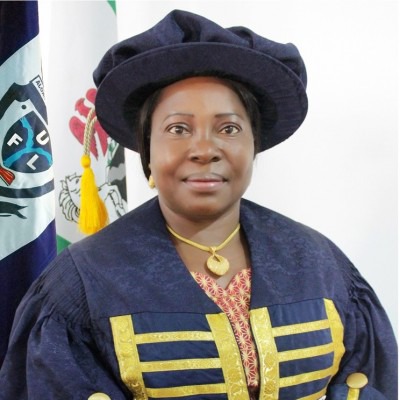 The Federal University Lokoja, under the watch of Prof. Angela Freeman Miri, witnessed drastic Academic and infrastructural development during her tenure as Vice-Chancellor.

Professor Miri took over as Vice-Chancellor in 2016, with an extensive track record in Tertiary Education Administration, Experience, and desirable personal qualities of being humble, self-motivated, creative, adaptable, hardworking, focused, dogged and amiable without compromising the standard of excellence to achieve set objectives was indeed a blessing.

The University, which was among the 11 Federal Universities established in 2012, 78th in Nigeria, 255th in Africa and 10,600th in the world; And through the support of the Federal Ministry of Education, TETFUND, NUC and other Federal Government interventions/ agencies, the modest achievements at the Adankolo and Felele campuses were attained.

The university also had the creation of new academic programmes from 11 to 41. She also ensured that staff strength was beefed up with recruitment; promotion of deserving Staff, to various ranks especially, over 20 Professors and Readers during the Tenure. The professor pivoted the conduct of Maiden Convocation and three subsequent ones within the Tenure.

She also established the School of Postgraduate Studies, offering Masters and Doctoral programmes. She also commenced the school of Remedial Sciences Programmes at the University. Led the University to attain FULL accreditation of programmes.

The monumental infrastructural masterpiece in the permanent site (Falele Campus) is undeniable, which enabled her movement of the University's administration to the permanent location at the Felele campus during her tenure.

Not to mention Laboratories, classrooms, multipurpose student centres, chapel, school busses and management vehicles with the remodelling and expansion of the school Medical Centre and the student's relaxation centre.

While serving as Vice-Chancellor of the Federal University of Lokoja, Professor Miri also served in various capacities including; The Chairman Committee of Vice-Chancellors, The chairman, NYSC Presidential

National Honours Award Selection Committee, The Chief External Examiner for JAMB in Kogi State, The Returning Officer in the Gubernatorial and Presidential Elections for Niger State among several others.

Prof. Angela Freeman Miri is an illustrious Daughter not just to Plateau State but Nigeria at large, an academic colossus and a woman of great repute. Little wonder she was described as an icon of hope by the Centre for Peace, Transparency and Accountability CPTA.

The Guardian also honoured Professor Miri, with the Outstanding female Vice-Chancellor award at the 2021 International Women’s Day Summit which had the theme, “Women in leadership: Achieving an equal future in a COVID-19 world”.