By GistArena (self media writer) | 2 years ago 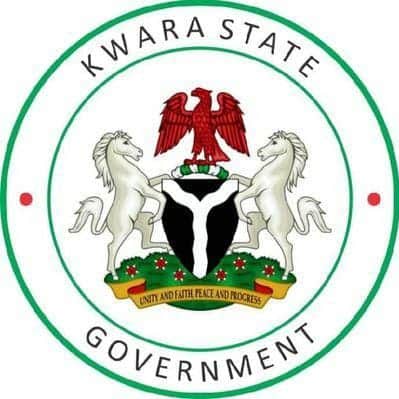 Kwara State Governor AbdulRahman AbdulRazaq on Friday pledged to offer interest-free loan and grants to private school owners to be able to pay their workers and prevent massive loss of job in the sub-sector.

AbdulRazaq said he would “not be blind to the plight” of any Kwaran, including proprietors and workers across private schools in the state who he acknowledged have been hard hit by the COVID-19 pandemic due to the closure of schools and some other businesses.

“The government will therefore consider your request for grants or loan, which of course would be interest-free. We can do that as we did for ‘transport’ workers. But we will need to have the right database to know the number of private schools in the state, the number of their teachers, and their students,” he said at a virtual meeting held Friday afternoon with the umbrella bodies of private schools in Kwara State.

He said such database would be key for efficiency, transparency, and success of the move, recalling how the administration had established a hitch-free and transparent bursary regime with digital registration and verification of all applicants last year.

“The issue of database is critical for planning. We want to know how many private schools we have (and) where in the state. If we do so, we can even give land (to those who may need it) and issue certificate of occupancy and other relevant documents,” he added.

AbdulRazaq urged the proprietors to work out the modalities for the financial support with the education ministry, but said schools currently registered with the government and paying their taxes until the pandemic would be prioritised in the intervention.

The Governor also urged the private school owners to invest in virtual schooling if they have not done so as the pandemic and the closure of schools may drag until it is absolutely safe to reopen.

“On gradual reopening of schools, whatever we do would have to align with the position of the Federal Government,” AbdulRazaq said, adding however that all schools should ramp up their preparations for school reopening by keeping in place all safety measures like hand washing bay, among others.

He also said government would consider giving palliatives to those that did not get in April, especially members of the Association of Model Islamic Schools Nigeria (AMIS) who said they never got from the palliatives given to private schools in the state.

Kwara State President of the National Association of Proprietors of Private Schools (NAPPS) Dr Rahman Adetunji Lateef commended the Governor for “the hands of fellowship extended to us during the lockdown”, saying the palliatives the government gave them went round all the member schools of NAPPS.

He urged the government to consider partial reopening of the schools in the state especially for terminal classes — a request which the Governor said would be subject to the position of the Federal Government and the schools meeting the requirements for such reopening when approved.

Asiat Funmilayo Ali-Agan of AMIS corroborated the position of NAPPS, urging the government to consider partial reopening of the schools and to consider giving private schools tax holiday and other supports.

“If and when schools are reopened, we assure the government of taking all safety measures. We will abide by the rules,” she said.

Corroborating the position of the Governor, Commissioner for Education and Human Capital Development Bisola Fatimoh Ahmed said school reopening, even after approval, would be based on their owners putting in place the necessary measures to protect the children and workers.

The virtual meeting was attended by several members of the two associations.

Content created and supplied by: GistArena (via Opera News )