By YemiEnitanMichael (self meida writer) | 6 months

The strike is now in its Seventh Month with its attendant negative effects on the education sector, and worrisomely, on Students and their Parents/Guardians and other people, no thanks to a federal government that does not honor agreements and undervalue the role of quality education in National Development.

It is a well-educated (trained) citizens that will know how to run the transport sector, power sector, works and housing, have sufficient modern knowledge (in a world of increasing disruptive impact of technology) to police or secure the country, and how to manage water resources well.

Unfortunately, Nigerian Government at all levels have not done enough in terms of allocation for education sector in a world where countries' economies are now driven by knowledge.

This systemic problem (poor allocation for education sector) explains why Nigeria has many Brigands/Hooligans, poor people who could have discovered their God's given abilities through exposure gained by being educated, unemployable/half-baked Graduates called 'educated illiterates' in Nigerian local Parlance.

The poor allocation explains why Nigeria has high illiteracy rate, and by implication, inadequate number of educated people who can help improve Nigeria's development.

A Short History of ASUU

According to Wikipedia, ASUU was founded in 1978. The union succeeded the Nigerian Association of University Teachers founded in 1965.

Mr. Gbolahan Bolarin, a Lecturer at Federal University of Technology, Minna, Niger State, in an Article titled 'Covid-19: ASUU Strike and the Danger of Weapon of Hunger', contributed to TheCable.ng, an Online Newspaper, provided considerable information about ASUU's Activities.

According to him, ASUU has always been in the forefront of the struggle for a better university system in Nigeria right from late 1990s.

According to Professor Timothy Odiaka, former Dean of Science, University of Ibadan, the first strike by ASUU was on 7 August 1988 during the Military Administration of General Ibrahim Babangida (Rtd.) which led to the proscription (ban) of and seizure of the property of the union.

The 1988 Strike was followed by strikes in 1994 and 1996 to protest the Dismissal of 49 UNILORIN-University of Ilorin Lecturers by General Sanni Abacha, former Nigerian Military Ruler.

According to Mr. Gbolahan, "It was ASUU's struggle that gave birth to the establishment of ETF-Education Trust Fund, now known as TETFund-Tertiary Education Trust Fund." In 1999, during the administration of former President Olusegun Obasanjo, there was strike by ASUU which lasted for Five Months.

There was another strike in 2001 which lasted for Three Months during the administration of Obasanjo. In 2003, after many failed attempts by ASUU to get Federal Government (FG) to implement the Letters of Agreement which included better University funding, age of Retirement and other things, ASUU went on strike for Six Months which made the federal government to introduce 'no work, no pay rule.'

Gbolahan was of the opinion that "if not for another strike that lasted for four months, federal government would not have signed the famous 2009 Agreement." Due to the strikes, payment of salaries was stopped for months.

There was another strike in 2010/2011 which started in July 2010 and was suspended in January 2011. It was the strike that started on 1 July 2013 which was called off on December 17 2013 that gave birth to NEEDS-Assessment which Gbolahan claimed formed the alternative source of funding (aside from TETFund) for public universities.

The union stated that universities have laws governing its activities. ASUU was of the view that being enrolled on IPPIS will affect the autonomy (freedom/independence) of public universities.

According to Professor Biodun Ogunyemi, a lecturer at Olabisi Onabanjo University, Ago-Iwoye, Ogun State and National President of ASUU as at the time of writing this article, public universities in Nigeria have laws meant to ensure accountability and transparency in public universities. 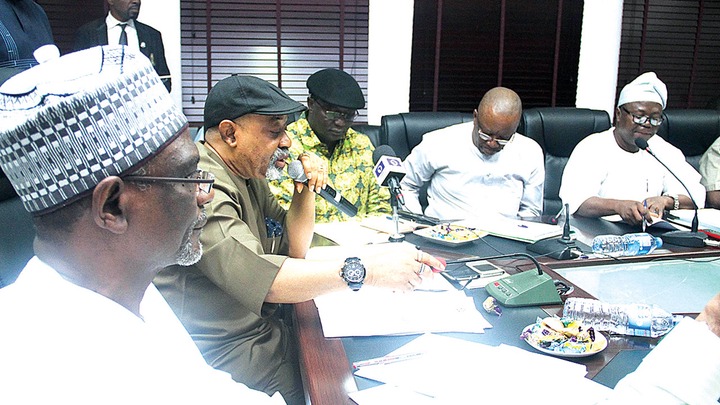 At the union's emergency NEC Meeting on 14 March 2020, the union declared total, comprehensive and indefinite strike which Gbolahan referred to as "a strike that might probably be the strike of this century."

According to Professor Odiaka, since 1978 when ASUU was founded, there have been Nineteen Strikes by ASUU. Reasons given by Professor Odiaka for the strikes are; (a) insincerity of federal government to honor agreement particularly the 2009 Agreement (b) federal government's refusal to fund public universities (c) Appointment of highly inexperienced Politicians as Minister of Education, Minister of Labor and Employment (d) imposition of IPPIS on highly educated academics.

Prof. Odiaka believed that "the poor quality of universities in Nigeria was caused by Military Administrators and exacerbated or worsened by the neglect by Nigerian Civilian Rulers that allocate a mere 7-8 per cent of the annual budget for education sector as against the 26 per cent recommended by UNESCO-United Nations Education, Scientific and Cultural Organization."

My Perspective on ASUU and its Activities

To be honest, ASUU has very good points. I genuinely believe education is poorly funded in Nigeria. This explains why many innovations are not recorded in Nigeria since R & D (Research and Development) do not receive good attention.

I do try to know the percentage of annual budget allocated for education sector. It has been less than fifteen per cent. This is the reason why you see schools without functional laboratories and other facilities.

There have been Reports of Pupils and Students sitting under Trees, in Classes with leaky Roofs. That is how bad the problem in the education sector of some states is.

I strongly believe ASUU needs to change its mode of engagement with federal government because strikes are negatively affecting the lives of Students, their Parents, Guardians and other people concerned. Students spend unnecessarily long time in schools to complete their studies.

This may negatively affect many students because Employers have certain age requirement for employment. When students could not finish their education in time because of strike (s), they cannot make money and support people who had supported them when they (students) need financial support while in schools. 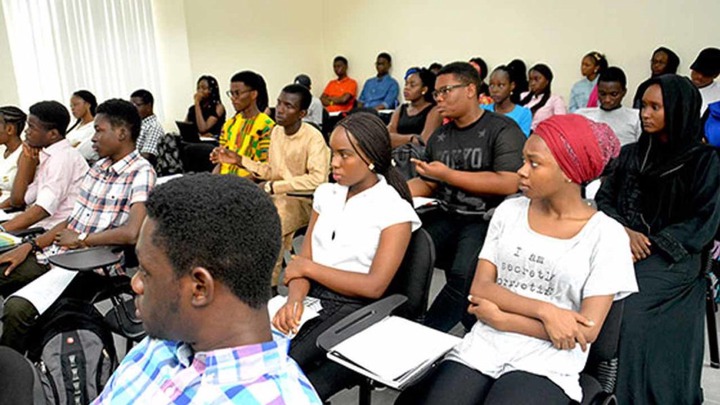 Moreover, the strikes often made students to become idle and made them to commit crime and do other things they are not supposed to do. I was supposed to spend four years for my First Degree Programme. I eventually spent about six years. I have to deal with an extra, painful two years.

Many people have said that strike is "the only language/thing Nigerian Governments understand or that can make Nigerian Government to do the needful." I think so, too. But, I think ASUU need to mind the future of Millions of students they are training and the people paying for the education of these students.

Instead of strike, I suggest that ASUU should do the following; (a) take issues to the International Labor Organization for resolution (b) parents should sue government for failing to honor agreement (s) (c) Students, Parents, Civil Society Organizations-CSOs and other well-meaning Nigerians should peacefully protest government's poor commitment to reasonable agreements/against things government do not do for the education sector.

I also suggest that (d) CSOs, Students, Parents, Guardians and other people concerned should prevail on the National Assembly to give us a Law that will make at least 20 per cent budgetary allocation for education sector compulsory, prevent public office holders/people in government from sending their children to schools abroad and private schools. That will force public office holders/people in government to fix the problems affecting education sector.

In Conclusion, I appeal to Nigerian Government and ASUU to reach a compromise for the sake of students, their parents, guardians and other people concerned.

Content created and supplied by: YemiEnitanMichael (via Opera News )