Here Is Why America's Founding Father, Benjamin Franklin Dropped Out of School at The Age of 10 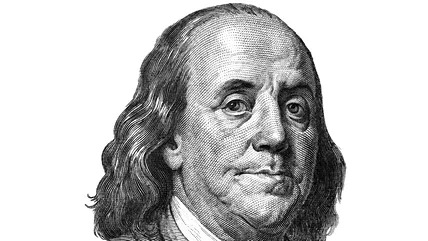 It's an interesting concept, dropping out of school since there are now famous dropouts who happened to become quite successful. Dropouts such as Bill Gates and Mark Zuckerberg, and perhaps a large number of others who cannot be mentioned. This few decided school isn't their calling and that they would rather do something more, something interesting, so they dropped out from one of the most prestigious schools of all time, Harvard.

However, these above-mentioned characters didn't just drop out, they dropped out of school to become quite successful, and extremely famous. But they did so at the University when they had already gotten enough of what they needed to become billionaires and great individuals in society. Of course, there is one dropout in the list of great American school dropouts that did so way before he got to college. The legendary Benjamin Franklin dropped out of school at the age of 10. His dad, a father of 17 children, needed him to come work at his candle and soap store since he needed the money. 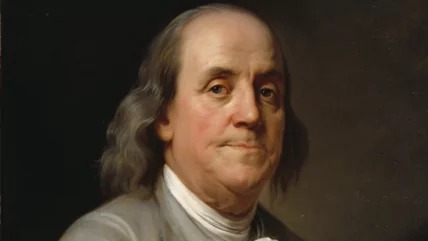 It has always been quite baffling how in those days, sending over 17 children to school, and having at least 17 children was quite laudable and quite common. In recent times, families struggle with 3 children and have it very hard to at least feed the family and keep paying the bills. But I guess during those days, children were allowed to work for their parents on farms and in stores. So the more children a working parent has, especially farmers, and small-scale industrialists, the more unpaid help they get for their businesses.

This was the case with Franklin's father, who quickly got him to work at a young, age, as well as his elder kids. According to the Benjamin Franklin Historical Society, he was doing a lot for his dad by performing tasks like trimming candle wicks, pouring molds, looking after the shop, and also doing whatever errands were needed.

Perhaps the difference between the likes of Zuckerberg and Gates, and Benjamin is the fact that they had to work and drop out of school to chase their dreams and work hard to get by as they have envisioned quite a pot of themselves. However, in the case of Franklin, he was out of school not for his reasons but to work for his parents. It is safe to say that Franklin's life, when compared to that of Gates and Zuckerberg, is a lot different, he had it quite rough living in a time when there was hardly anything that could be done without help. His quote in Poor Richard's Almanack, "No gains without pain," would seem to show that perhaps he didn't mind — after he was grown up, anyway. 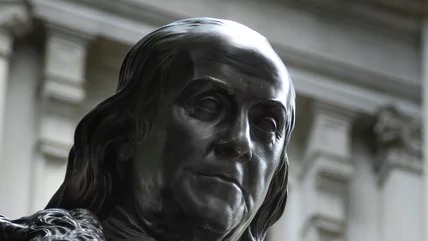 For some, that may or could have been the end, but dro Franklin, it only serves as the beginning. He didn't let Jim being sent to the workforce at such young age, stop him. He was an intelligent young man who had been noted to be doing so well in school before he dropped out, and today, he is credited for a great scientific inventions like showing how lightning is related to electricity, inventing bifocal glasses, and creating a stove that was used by multitudes to helping form the independent country of America with both his writing ability and his diplomacy skills (via Benjamin Franklin Historical Society). The former 10-year-old candle-and-soap worker became wealthy and left an indelible imprint in American history (via History).