"I spent 4yrs In the University, but anytime I see Segalink's tweet I feel like an illiterate"-Emmie

By Breakinglimits2 (self media writer) | 1 year ago

"I Spend 4Yrs In The University, But Anytime I See Segalink's Tweet I Feel Like An Illiterate." 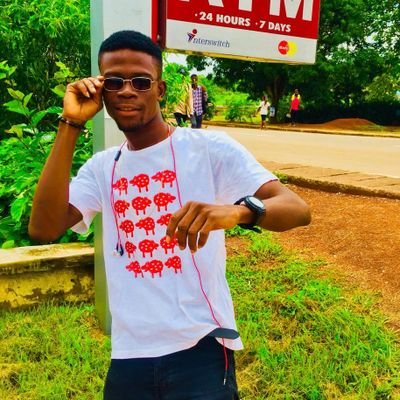 "Education," they say is the bedrock of knowledge and information. We have two types of education, which is the formal and informal educational system.

In this present dispensation, if one does not have formal education, it will make one looks as though one is missing in action because everything one needs to do in life almost borders around the formal sector and it has to do with one having a certificate from a formal organization.

It seems a lot has gone wrong with our educational system in such a way that only selected few could get the basic education, while the majority "the masses" in our society have one challenge or the other to acquire basic formal education.

I'm wondering what could have gone wrong with this individual by the Tweeter name Sugar Daddy of Ai @emmie_siege, and why he feels the way he does, lamenting and airing out his heart what borders him when he sees a tweet from another fellow who is of the same formal education.

But it seems from his lamentation, he is far behind in knowledge when it comes to Mr. @Segalink as regards his tweets whom he is referring to.

When he says he feels like an illiterate anytime he sees Sega tweets, it may mean he also has formal education but not as sound as the individual he is referring to.

It all means something is wrong with his level of education that makes him feel like an illiterate before another.

As he stated, after 4 years in University anytime he comes across his tweets, he practically feels like an illiterate which implies something is wrong somewhere.

In reply to his comment, Mr. Sega was apologetic about our education system, how it has fallen from grace to grass. Meaning it time to raise the standard of our educational system to suit all those who desire to be educated formally.

Like one commenter by the Tweeter handle Gentle Soldier @Gasbymalony said in reactions to his comments noted that, both individuals could spend 4yearsr in the university but that the difference between him and Mr. Segalink shows that he didn't hold on to products of leaning but was versatile in learning beyond his field of discipline and has read far and wide beyond his field. I think I concur with this commenter because while learning one doesn't have to only focus on his or her fields of discipline but be versatile in learning in reading far and wide of everything necessary.