By RelianceNews (self media writer) | 2 months ago

Anietie Ebieme, a 35-year-old tricycle rider from Mbo Local Government Area of Akwa Ibom State has shared the story of how he managed to sponsor his education with the business. In an exclusive interview with Punch Newspaper, Ebieme revealed that he has been in Lagos for about 16 years and throughout these years, life has not been easy for him.

He narrated that after he arrived in Lagos, he managed to secure admission at the Federal College of Education, Lagos, where he studied accounting. After that, he got admission to study at the University of Lagos where obtained his first degree. Because of a lack of financial support from family members, he has to resort to menial jobs to cater for his needs.

Ebieme revealed that initially, he was teaching at a private school and his salary was N40,000. He later realised that the salary couldn't sustain him for a month. He then got a tricycle from someone which he used before he bought his own. He added that after completing his degree in 2020, he joined a master's programme at the same university.

"Some saw it as an abuse of my personality. Some said it was an insult to my degree. When people hear I am a master’s student riding Keke, they are dumbfounded. It got to a point, I couldn’t ride my Keke during the daytime because I was ashamed. People were mocking me." He added. 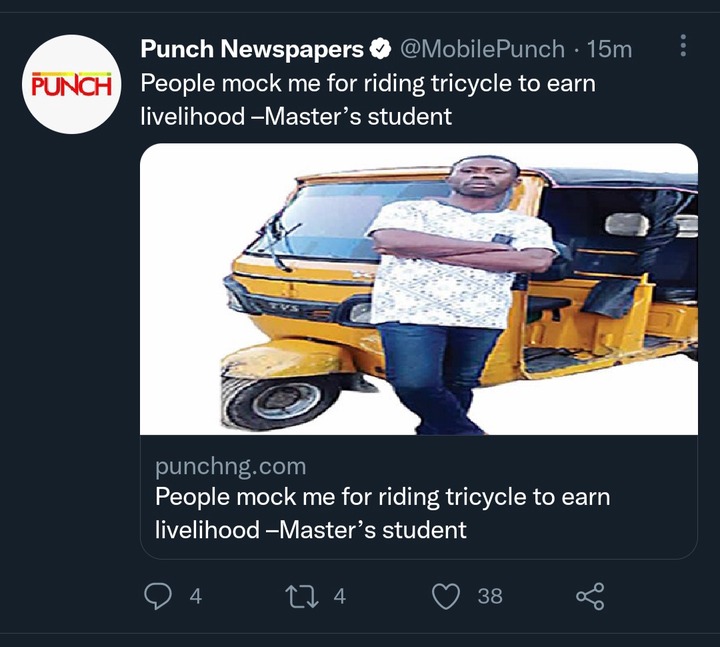 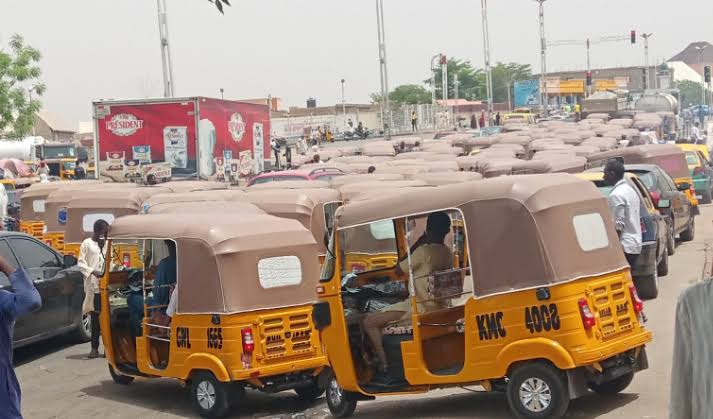 Content created and supplied by: RelianceNews (via Opera News )