By OgunTescom (self media writer) | 6 months ago

Academic Staff Union Of Secondary schools ASUSS, has called on Ogun State Government to urgently review it's Policy which barred management of Public schools from disciplining Students who misbehave .

Chairman of the ASUSS In the State , Akeem Lasisi blames the existing policiy on moral decay and the involvement of Public schools Students in the state in immoral and criminal act. 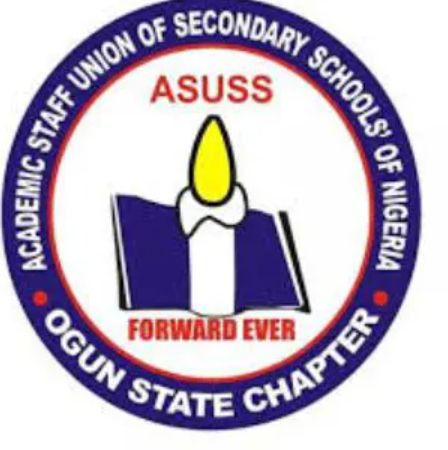 In the past weeks , there has been risen cases of Students in the state public Secondary schools involved in bloody cultist clashes, harrassement of Teachers, smoking and drug abuse.

The ASUSS chairman speaking to Rock City FM Correspondent, Busola Adegbite explains that the existing policy stipulates that school must not be canned , punish and suspended.

He suggests that the policy must be reviewed to allow public schools Management to discipline erring students in order to restore peace and sanity into the public schools system .

According to him , there are cases of Students in public Secondary schools holding meetings outside the school premises in the night which he says are becoming worrisome . He also blames Parents for contributing to moral decay in public schools by opposing the discipline of their children who misbehave.

Recall that some group of students from Baptist Boys High School , Saje and Ilugun high School Elega on Monday had engaged each other in a deadly clash while openly displaying dangerous Weapons that caused panic in the area.

The clash on Monday our Source gathered was a follow-up to a earlier clash last Friday. Some students during the revenge attack on Ilugu high School, forced the school to hurriedly shutdown, shops in the area also hurriedly shutdown while Parents rushed to the high School to take their children home.

The timely intervention of the Police and the operatives of the Nigeria Security And Civil Defense Corps NSCDC forced the Students attacking the high school flee and restored normalcy.