By Breakings (self media writer) | 2 years ago 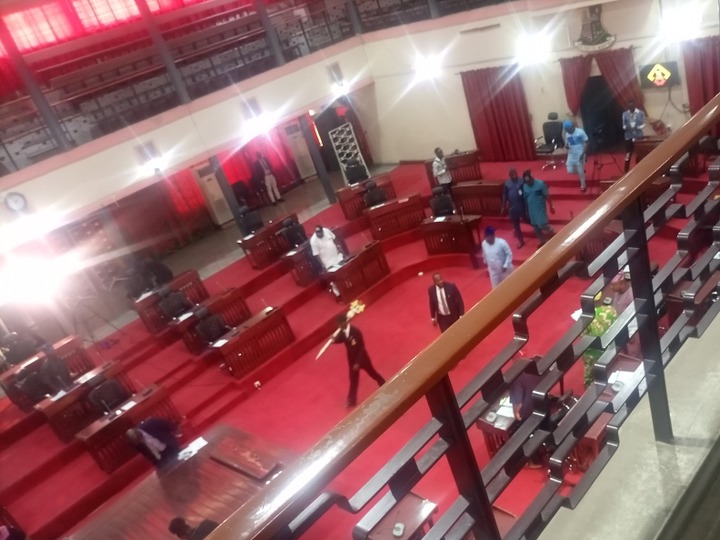 The Oyo state house of Assembly has resolved to investigate the activities of the Oyo State Universal Basic Education Board, SUBEB, under the leadership of Dr. Nureni Adeniran, having taken cognizance of the colossal sum expended on UBEC/SUBEB projects which were perceived to be defective.

The House, while deliberating on the need to rectify perceived lapses on a newly constructed block of four classrooms in Methodist Primary School, Olorisaoko, off Moniya/Iseyin road, Ibadan and other poorly executed UBEC/SUBEB projects in Oyo state, agreed to commence an oversight function on over 200 projects executed by the Oyo State Universal Basic Education Board to effect corrections on observed poorly executed projects to justify government investments on education infrastructure and development in the state.

The chairman, house committee on education, science and technology, honorable Oluwafowokanmi Oluwafemi, and the house majority leader, honorable Sanjo Adedoyin, said poorly executed UBEC/SUBEB projects are across the 33 local government areas of the state and knocked the Oyo State Universal Basic Education Board, SUBEB, for projects executed so far and thereby, urged other lawmakers to join forces in investigating any individual or group that try to short change the citizens of Oyo state.

Other lawmakers who lend their voices to the debate, lamented that the newly constructed block of four classrooms in Methodist Primary School, Olorisaoko, off Moniya/Iseyin road, Ibadan which cost a whopping sum of #22 million has not been put use but has started to dilapidate.

They, however, asked that the state government should withhold the retention fees of all the contractors who were alleged to have poorly executed UBEC/SUBEB projects.

While ruling over the debate, the speaker, Oyo state house of assembly, Rt. honorable Adebo Ogundoyin said the lawmakers will be divided into three groups and each group will investigate the projects executed by the Oyo State Universal Basic Education Board, SUBEB; activities of the 33 Local Government Caretaker chairmen, As well as to check on the Oyo State Primary Health Care Board and the Oyo State Water Corporation.

The speaker noted that the modalities to be adopted and schedule for the oversight will be announced to the honorable members through the media office of the house.

Content created and supplied by: Breakings (via Opera News )