By GistVillaNaija (self media writer) | 5 months ago A 13-year-old boy has reportedly died after he was punished by his teacher.

The boy, Yahaya Aliyu was a JSS II student of the Federal Government College, Kwali in the Kuje Area Council of the Federal Capital Territory (FCT), Abuja.

It was reported that the teacher, known only as Mrs Gibson allegedly flogged the boy for failing to do his assignment.

According to a source in the school, Aliyu was not able to complete his assignment because he was not feeling well.

He was said to have visited the school clinic for medication.

The school clinic, however, could not administer treatment because the boy had not eaten that day.

Aliyu was said to have gone back to his class where his colleagues were submitting their assignments. 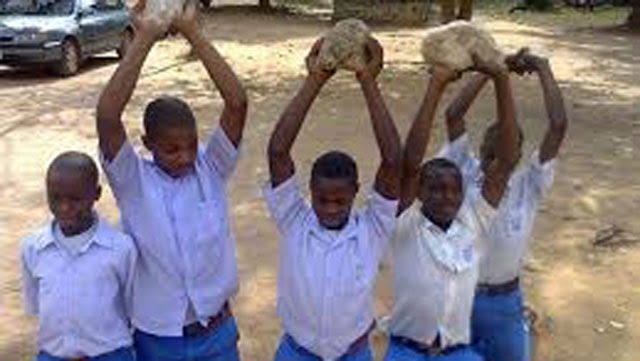 It was gathered that his teacher requested the boy's assignment but he didn't complete it.

The source disclosed that Aliyu's teacher gave him a punishment to serve and later flogged him with a bucket handle.

Witnesses say she hit him on the head severally with the object.

After he was released, he placed his head on his desk and soon stopped moving.

Some of his classmates noticed he was unusually quiet and checked on him.

They eventually alerted the school's authorities and Aliyu was rushed to the hospital but was announced dead on arrival.

It was gathered that students staged a protest at the school's premises.