Education and Political Development in Nigeria

By Ola-gabby (self media writer) | 8 months ago

Education has to do with the impartation of knowledge, skills, and beliefs on an individual. This is why education can be divided into three: formal, informal, and non-formal. This is to say, as, in informal education, education starts with our parents as they endeavor to teach the child proper way of behaving and how to be a good member of the society. Socialization is a life-long process; it goes from cradle to death. October 5th of every year is celebrated as World Teachers Day and the theme for this year is, "Teacher at the heart of education recovery." There is no doubting the fact that education has been badly hit by Covid 19; blended learning has been the order of the day now and gradually, we are recovering from the setbacks. This has always brought to mind the saying that no nation can develop beyond the level of its education. 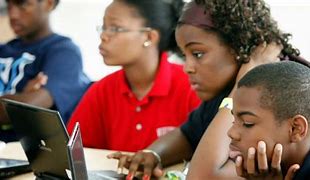 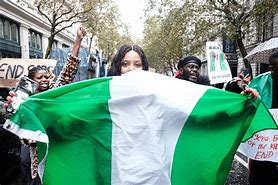 For a very long time, the North was far behind the south in terms of educational development. The gap was there for a very long time and the vestiges can still be seen today everywhere. In 1953 when the motion for self-government was moved by Sir Anthony Enahoro; the northern elders had realized the gap between the north and the south, so they put forward a counter-motion. The motion of until practicable brought a schism between the north and the south; and the Kano riot. This culminated in the West and East gaining self-government before the north.

In 1472, the Portuguese set up the first primary school in Benin at the Oba's palace. This was eclipsed by the slave trade in which many of our artifacts were taken away. In 1842, Thomas Birch Freeman was sent to Lagos at Badagry, where a primary school was later set up. During this period, there was no evidence of any form of western education in the entire north. Islamic education was predominant and the people did not want to have anything to do with Christianity.

The missionaries in the south were busy building schools and evangelizing, and in 1859 the CMS Grammar school was established being the first secondary school in Nigeria. It was not until 1909 that the first primary school was built in the north. This was like half of a century difference between the south and north in the assimilation of western education. Therefore, apart from religion and geographical landscape; the British government also contributed to the difference in educational development between the North and the South. Governor Lugard was said to have given noticto the missionaries to be wary of their activities in the north.

In those days, in terms of the administrative personnel to occupy positions of power; the south had the advantage but the north, on the other hand, had the landscape. Before the creation of the states, the north comprised two-third of entire Nigeria. The north has seriously grown in terms of the acquisition of education.

The fight for political independence would not have been successful if not that the eyes of the people were opened to the evils of colonialism. The acquisition of western education was an impetus for the nationalists to protest and ensure that independence was granted to the people.

Content created and supplied by: Ola-gabby (via Opera News )