By Ipeghan (self media writer) | 2 years ago 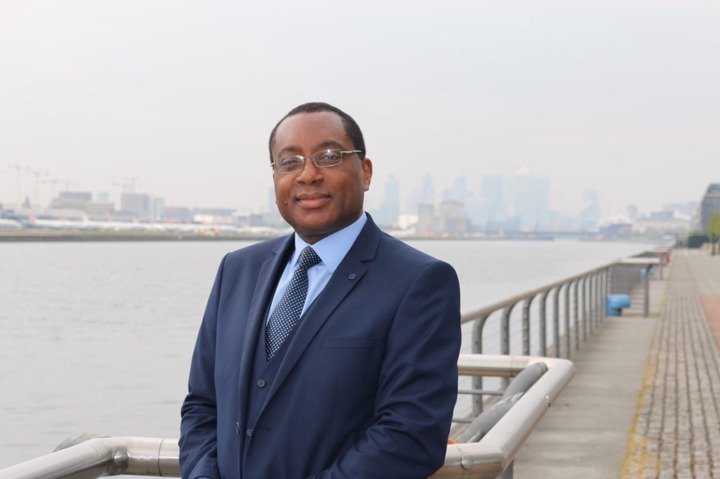 This achievement of professor Charles Egbu based on his recent appointment is indeed a no mean feat that has been widely celebrated throughout Nigeria and Africa as such mouth watering appointment is rare to come by, especially in this time and season when the image of Nigeria has been plundered and enmeshed in a high level fraud and moral decadence that looked irredeemable. But there is therefore, no doubt that this light that has Shawn through professor Charles Egbu has successfully redeemed Nigeria's image to an extent owing to the fact that Nigeria is now on the news certainly not for the wrong reason, but for something good. The rhetorical question I want to ask which I believe every Nigerian can answer without thinking twice is: can a Nigerian federal University appoint a non-indegene of a state where the federal University is situated as a Vice-Chancellor no matter how qualified he or she is?

Had it been the University of Port Harcourt appointed a qualified northern muslim as it's Vice-Chancellor, the protest carrying placards would have carried inscriptions like "Islamization agenda in Nigeria", "Is there no other competent professor from Rivers State?

Also, if Bayero University appoint a qualified southern Christian as Vice-Chancellor (that is if possible), he will either be kidnapped and beheaded by Boko Haram or mysteriously be shot and killed by unknown gun men. This is the sad and petiable situation in Nigeria today.

University of Leeds did not appoint professor Charles Egbu as Vice-Chancellor because he is black, from Africa, to ensure equity, to prove to Africa that they are not racists or to ensure federal character.

Professor Charles Egbu was appointed as Vice-Chancellor of the University of Leeds because of his competence and capacity and not because of the color of his skin, tribe, religion or political affiliation. He was appointed based on merit. He bagged first class in Quantity Surveying while acquiring his Doctorate at the University of Salford, UK in Construction Project Management, with over 25 years of experience in Higher Education areas of Construction Economics, Contract Procurement, Sustainable development, Project Management and lots more.

Professor Charles Egbu has also successfully won millions of pounds over the years from different research funding Organizations in the UK and other countries of the world and has developed numerous education and training programs for Construction industries and Organizations, authored over 12 relevant books in Project Management, Knowledge Management, Construction Management and Sustainable development with over 350 publications in numerous international journals around the world.

Professor Charles Egbu is indeed an epitome of excellence and competence, judging by his accomplishments. By this appointment, the United Kingdom has proven to the world that the color of your skin, religion and Political affiliation can not resist competence and excellence. This is exactly what Nigeria needs to learn if Nigeria must be great. Competence and excellence must be considered before any appointment is made.

Few months ago, there was serious conflict among ethnic groups in Rivers State over who will emerge as the Vice-Chancellor of the University of Port Harcourt. The point raised by some ethnic groups was "It is our turn", "Our ethnic group has never produced the Vice-Chancellor of the University of Port Harcourt before", "Our son is loyal to APC that is the government at the center and Uniport is a federal school", None of them considered competence and excellence. The question now is if someone is appointed based on these considerations, what will be the out come? The outcome will be Nigeria of today.

Nevertheless, while we are still celebrating the appointment of professor Charles Egbu, we should have it at the back of our minds that he was not appointed to serve the interest of the South East or Nigeria, but to serve the interest of the United Kingdom, so Igbos and Nigerian's at large should not expect anything from him because you will get nothing. If you are doubting me, ask Kenyans what they benefited from Barack Obama, while he was the president of the United States of America.

Nigeria has suffered yet another brain drain. We still have numerous professor Charles Egbu in Nigeria, only the reliance on competence and excellence can keep them to make Nigeria great.

Content created and supplied by: Ipeghan (via Opera News )