Ahmadu Bello University, ABU, Zaria, has said both Aliko Dangote and Shehu Idris new hostels accommodations were allocated to only male students, because of many considerations, the varsity Vice Chancellor revealed.

The 10 blocks of the student hostels built at the cost of N1.2 billion and donated to the University by Aliko Dangote Foundation was originally designed for only female students, 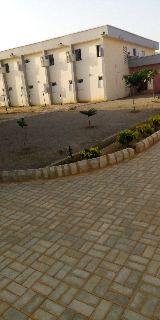 while construction of 3 blocks of 50 rooms each, at site II, named after the Emir of Zazzau, Dr. Shehu Idris, was also allocated to male students only. 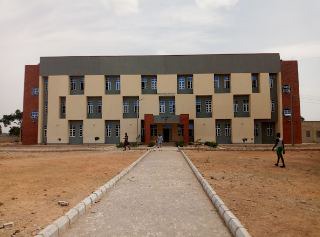 However, the hostels, which consist of 360 fully equipped rooms with capacity for housing 2,160 students, have been allocated to only male students for reasons, which may not be unconnected with security challenges in the country, as the hostels are far from the main campus premises.

In an elaborate address during ABU’s 41st Convocation Ceremony in Zaria, on weekend, the Vice Chancellor of the University, Prof. Ibrahim Garba, said both Aliko Dangote and Shehu Idris halls (new hostels) were allocated to only male students because of many considerations.

He revealed that “Because of many considerations, both Aliko Dangote and Shehu Idris halls are allocated to only male students. The male students have been moved out of their largest hall of residence, the Umar Suleiman Hall, which is now allocated to female students.”

According to him, the arrangement has catered for and guaranteed on-campus accommodation to nearly all their female students as “they now occupy our three largest halls of residence, i.e., Amina Hall, Alexander Hall and Ribadu Hall, now Suleiman Hall, respectively.”

But during his remarks at the commissioning of the halls named after him, at the site, the chairman, Dangote Group, Aliko Dangote, insisted that, that should be done to allocate the hostels to female students.

The convocation ceremony culminates into the conferment of Award of Honorary Doctorate Degrees on Alh. Aliko Dangote and the 1st NLC President, Alh Hassan Sunmonu.

In his acceptance speech, Dangote, who was conferred with award of Honorary Doctorate Degree of Science, said he was humbled by the honour, saying ABU has lived to its billing as a melting pot for ideologies by honoring renowned socialist and champion of employees’ rights, Alh Sunmonu, and himself for being a leading capitalist and investor in employment generating enterprises.

He noted that students’ population of the university have recorded significant increase without corresponding growth in terms infrastructure, including underfunding challenges Nigerian universities continue to grapple with and, therefore, called on the federal government to consider allocating special funds to universities to enable them improve on research and upgrade infrastructure.

The construction of 3 blocks of 50 rooms each of student hostels at Site II, named after the Emir of Zazzau Dr. Shehu Idris, was also commissioned during the convocation ceremony by the Emir.

The convocation ceremony witnessed the Passing Out of a total of 15,787 graduands of ABU Zaria, for 2017/2018 academic session, from different faculties, out of which 10,803 were bachelor’s degrees.

This is the image of the Billboard of each hostel which are: