Negative Effect of ASUU Strike on The Student

It is no more news the the Academics staffs Union of University have gone on industrial actions for weeks now. 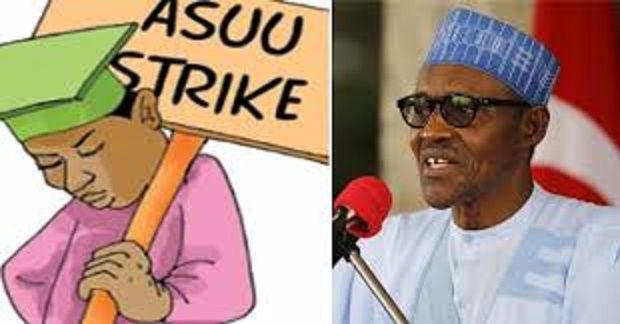 In fact its now a norm for there to be a nationwide industrial action in every regime, either from NLC, TUC, ASUU or any of the major labor union.

Industrial action is not a good one where there is conflict of interest, it is the last resort as its is accompanied with diverse effects.

These industrial actions has cripple different sectors and adversely affected the Nigerian Economy at large.

The effect of this strike cannot be over emphasize.

Some of the effect of ASUU strike will be discussed here:

Lost of interest in continuing Program

As a result of this strike, most students have secured jobs or other means of generating money and does not wish the strike to be called off soon, some have even planned not returning to classroom as the salary they now receive is large and they are not sure of getting such jobs after school.

Some student like @samiwhyte, @winarobert, @wynlight, @braidewho discovered @steemit during the strike is wishing the strike continues so they can make more impact/money on the steemit community.

Lets hear what @winarobert has to say:

"ASUU should just pause first o, let me use this strike period to mine some steem, by the way who school help"

Most parents and students have lost interest in the educational system in Nigeria, as those who can afford education outside the country have started making moves towards it. Some soon to be parents have vowed that their children will not school in this system.

Lets hear what @ododah has to say:

"I have lost interest in this Educational system, if my kids will school here, then it has to be private varsity"

Hardship on both Parents and Student:

Some parents who has provided the basic amenities for their kids on campus will go through the stress of re-providing, as most student have consumed their resources, while some other perishables will perish as a result of the extension. Failure to re-provide on the part of the parents will result in the kids suffering during the remaining period of the semester should the strike be called off.

It has been proven that students perform less in examinations after returning from a strike period. Most student do not read during strike periods, while others tend to forget key points from lectures as a result of the long wait between lectures and examinations.

Lets Hear what @braide has to say:

Putting the Rich Kids ahead of the Poor Kids:

The rich who can afford private varsities sends their kids there, where their academic calendar in unaffected, the poor who cannot afford it tends to spend more years on campus as a result of strike, this make the rich kids graduate before the poor kids and as a result of this be ahead in some aspects of life.

Increase in Immorality and Crime:

The strike has caused many to be ideal, like the popular saying: "an ideal man is the devil's workshop."

Pregnancy rate as well as abortion rate among students have increased significantly. Many students still around campus vicinity are seen swotting with the opposite sex as this period of no academic activities make it possible for them to bond better.

A Plea to ASUU and FG; Lets Save The Future of Our Nigerian Students