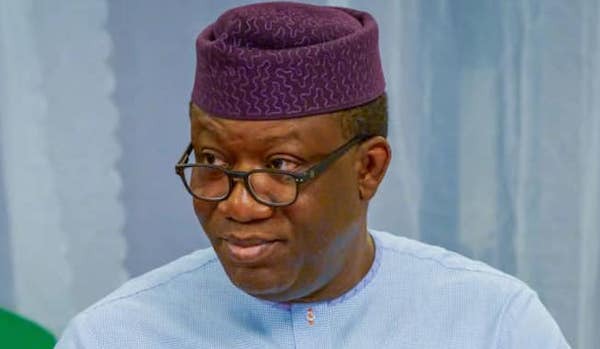 The Ekiti State government led by Governor Kayode Fayemi has revealed new dates for the resumption of pupils and students in graduating classes at both private and public schools from July 20 to August 3.

This was made known on Wednesday by the State’s Commissioner for Education Mr Folusho Daramola, who said during a media chat that South-West states held a virtual meeting where each state was told to plan for resumption of school.

He said, “Pupils in primary six and students in JSS 3, SSS 3 were to resume on the new date

Daramola also urged parents and guardians to provide three face masks each, for their children and wards.

According to him, the government would make available all protective materials needed to curb the spread of COVID-19 to public and private schools.

The State Commissioner for Education further stated that; “Any private school with two gates must close one to control movement in and out of the school. Authorities of private primary and secondary schools should make available other materials required to contain the virus.

“Government had also banned the use of school buses by private schools to convey pupils and students to their various schools, saying the action was in line with social distancing protocol,” he added. The Ondo State Commissioner of Police, Mr. Bolaji Salami has been called upon to investigate the claim by the immediate past Secretary to the State Government, Sunday Abegunde that electoral fraud was committed by him and others for Governor Rotimi Akeredolu to win the 2016 governorship election.

The state chapter of the All Progressives Congress (APC) and Governor Akeredolu, made the call in a petition written to the police commissioner.

It would be recalled that Abegunde resigned from his position last week and granted a media interview where he claimed that he and some others committed electoral fraud to ensure victory for Akeredolu in the 2016 governorship election.

The APC and Akeredolu through their lawyer, Mr Femi Emodamori, asked the police commissioner to investigate the claim.

3. FAYOSE TO FALANA: If you didn’t get N28m from Magu go to court, stop carrying on like a saint, untouchable 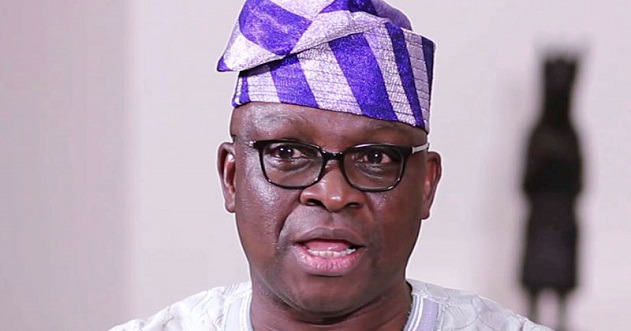 The former governor of Ekiti State, Ayodele Fayose has advised a Lagos lawyer, Femi Falana (SAN), on what to do over reports he got N28 million from the suspended acting Chairman of the Economic and Financial Crimes Commission (EFCC), Ibrahim Magu.

According to Fayoss, Falana should stop making “empty threats” and proceed to court to prove his innocence.

He further said that the likes of Falana should “stop carrying on as if they are saints and untouchables.”

But Falana, in a pre-action letter signed by his lawyer, Adeyinka Olumide-Fusika (SAN), denied the claim and demanded a retraction of the claim by a newspaper which published the story suggesting that Magu paid the sum of N28m from the money allegedly siphoned from the EFCC to him.

4. Serial falsehood against Magu in the media: Lawyer’s stunning letter to Justice Salami Full details of the stunning letter by Wahab Shittu, lawyer to Ibrahim Magu, the suspended chairman of the Economic and Financial Crimes Commission to Justice Ayo Isa Salami, chairman The Presidential Investigation Committee On The Alleged Mismanagement by EFCC of Federal Government Recovered Assets and Finances From May 2015 to May 2020.

In the letter, Shittu describes a series of media reports of the investigation as falsehood:

Please be advised that the attention of our client has been drawn to serial falsehood publications in the media in respect of matters which never featured in the proceedings of this Honourable Panel. 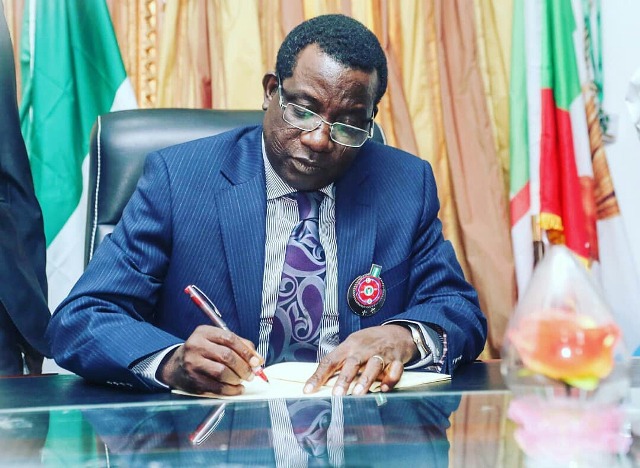 No fewer than 57 health workers in Plateau have tested positive to COVID-19 in the course of their legitimate duties in various health centres in the state.

The State Commissioner for Health, Dr Nimkong Lar, revealed this at a press briefing after an executive council meeting on Wednesday in Jos.

He said that they were workers managing COVID-19 patients in primary health centres, hospitals and private clinics across the state.

According to him, the state has a total of 571 confirmed cases with a record of 28 case on Tuesday, which is the highest recorded so far.

”132 are on admission in four treatment centres, 260 discharged, and we have recorded 16 deaths,” the commissioner said. The Dean Emeritus, Church of Nigeria (Anglican Communion), Most Rev. George Lasebikan, yesterday warned those in positions of authority in the country against the danger of greed and lust by living in the consciousness that no man lives forever and that death is inevitable.

Lasebikan, who spoke at the commendation service for the late professor of Medicine, Emeritus Prof. Oladipo Akinkugbe, expressed reservations at the selfish attitude of many in leadership positions to life and living.

The cleric said the conduct of everybody must be tamed by the fact that death and judgment are sacrosanct. 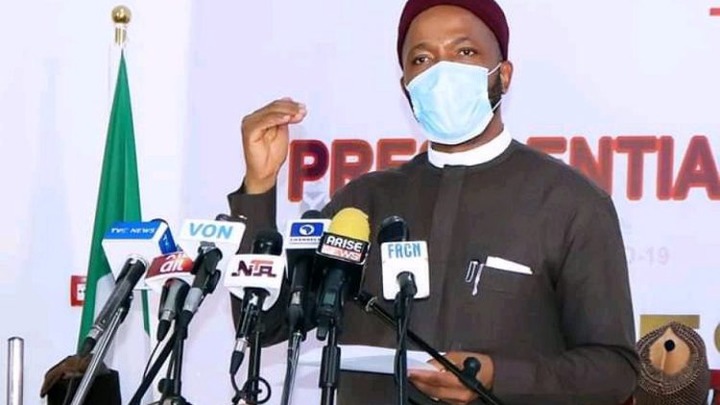 Following what they described as Federal Government’s poor handling of schools reopening, students of tertiary institutions have given the government two weeks within which to fix a date for resumption.

They threatened to protest against continued closure of schools if government failed to accede to their demands within 14 days.

Urging the Minister of Education, Mallam Adamu Adamu, to reconsider participation of Nigerian students in the terminal examination, they said WAEC could be taken, while observing social distancing and other safety protocols.

“It is hardly feasible that coronavirus may be eradicated in a fortnight and after months of observing several safety measures, there are little or no gains in the results so far recorded.

‘’Huge funds have been used to contain the spread of the virus, but we still have poorly equipped medical centres across the country,” they added.

They also charged the government to stop salaries of university teachers and other officials for advocating the continued closure of schools without proffering solutions to the COVID-19 pandemic.

Babalola spoke at the fifth matriculation ceremony of the institution, which was held online.

The Federal Government had on Monday released guidelines, actions, measures and requirements for safe reopening of schools in the country.

But in her reaction, she said the Federal Government could in the meantime reopen schools for final year students at all levels to enable them to finish their academic programmes on time.

“To achieve social distancing, one of the guidelines for reopening of schools is the need for government to ‘stagger’ resumption for the students,” she said.

She argued that while nobody knew when the COVID-19 pandemic would end, there was the need for gradual resumption of socio-economic activities and reopening of schools.

8. No going back on decision to bar students from writing WASSCE – FG More Nigerian medical practitioners may leave the country as the United Kingdom yesterday announced new ‘Health and Care Visa’ policy to attract the best talents in Nigeria and other parts of the world.

The country, which has since the outbreak of COVID-19 stopped issuance of visa, opened the migration window for care professionals, social workers and their families, to bolster its National Health Service (NHS).

The new visa policy aims to make it cheaper, quicker and easier for healthcare professionals to come go to UK, beginning from August.

Findings show that UK is one of the leading destinations for migrating Nigerian health workers. Estimates have it that there are over 4000 Nigerian doctors in UK, spread across 83 sub-specialties. 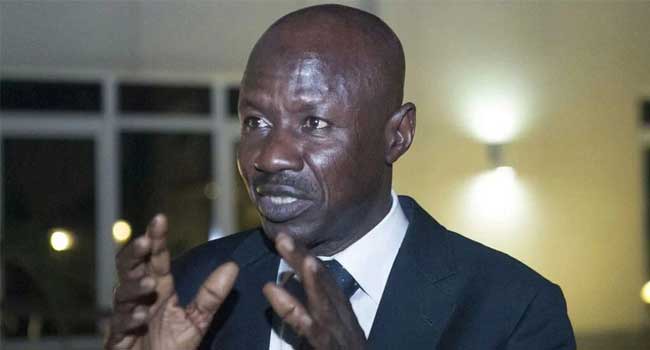 Magu insists that he's innocent of the charges for which he is being tried.

Suspended Chairman of the Economic and Financial Crimes Commission (EFCC), Ibrahim Magu, has maintained that the allegations tendered against him are a tissue of lies.

Magu was let out of jail on the evening of Wednesday, July 15, 2020 after being picked up a little over a week ago and interrogated by a presidential panel probing allegations of corruption and insubordination tendered against him by Attorney General of the Federation Abubakar Malami.

He has been specifically accused of re-looting recovered loot and assets.

He was immediately suspended, with Mohammed Umar named to replace him in an acting capacity.

After he was released from police custody, Magu said he was shocked to read the allegations levelled against him, branding them as a tissue of lies.

“The allegations are nonsense. There are mere trumped up allegations to tarnish my image and that of the EFCC. I did not steal or divert or convert funds to private use. I read the allegations and I was shocked,” The Nation quotes Magu as saying as he stepped out of police custody.