The Academic Staff Union of Universities on Monday, said it might be compelled to embark on another strike if the Federal Government failed to implement the December 22, 2020 Memorandum of Action signed with it prior to the suspension of the last strike. 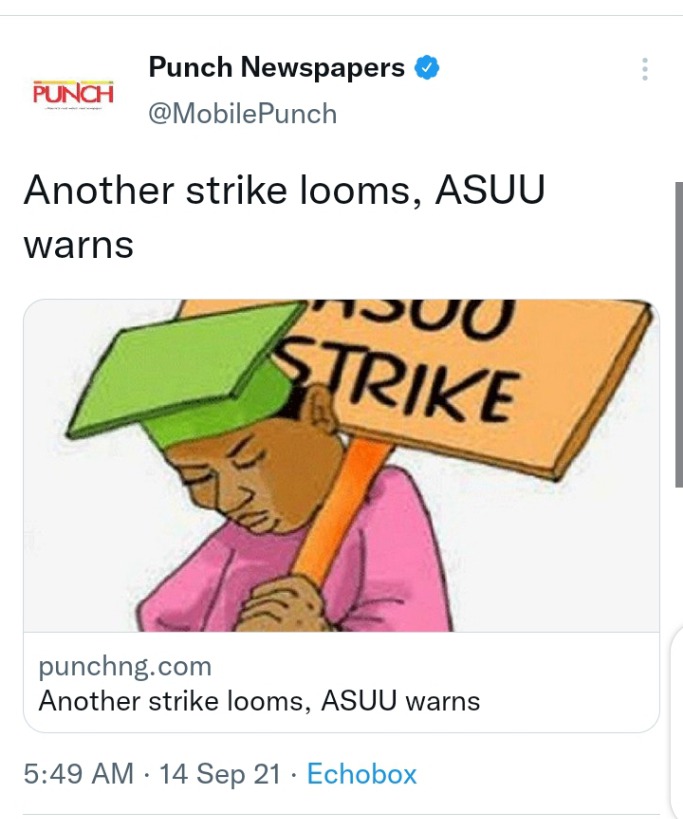 Prof. Fred Esumeh, ASUU's Zonal Coordinator in Benin, told reporters during a discussion on ‘Another Inevitable Round of Crisis in Nigerian Universities.'

Esumeh, who did not specify when the strike would begin, stated that they were awaiting the decision of the national body to issue the directive. 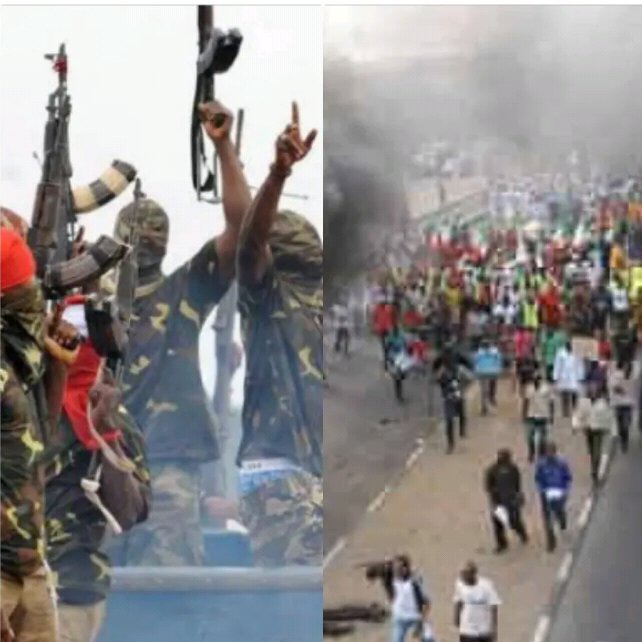 The Kaduna State Government announced on Monday that 12 people were killed and two others were injured in an attack in the state's Zangon Kataf Local Government Area (LGA). 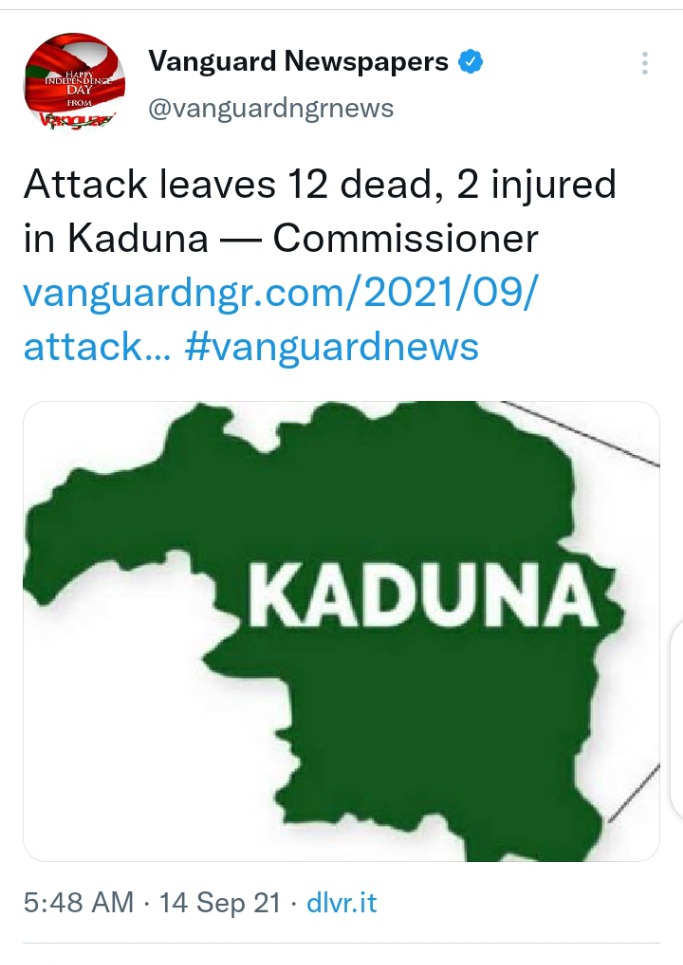 Mr Samuel Aruwan, the Commissioner for Internal Security and Home Affairs, confirmed the attack in a statement issued in Kaduna.

Aruwan said, “Security agencies have reported to the state government that 12 persons were killed in an attack by unidentified assailants in Peigyim village, near Kibori, Atyap Chiefdom of Zangon Kataf LGA.

“According to the report, the assailants stormed the village late on Sunday evening, and killed 12 residents.

“Two other residents were injured and are receiving treatment.”

The commissioner said Gov. Nasir El-Rufai expressed profound grief on the report of another deadly incident in the area.

A mother and her two children have lost their lives in a motor accident that left nine other passengers with various degrees of injuries along ever-busy Onitsha-Owerri Expressway in Anambra State. 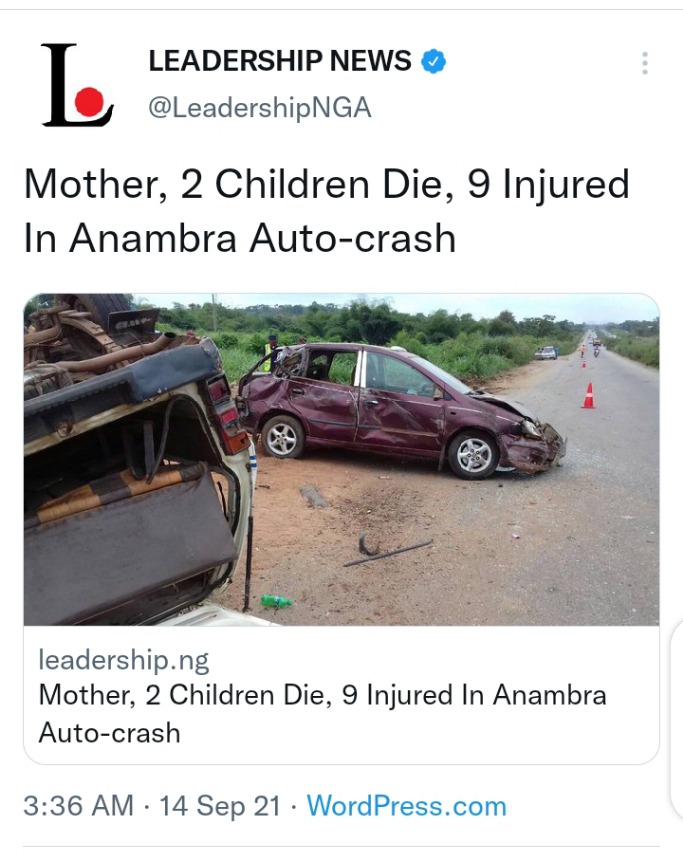 The accident occurred yesterday in Uli town, Ihiala local government area of the state, as a result of the driver's loss of control of the vehicle when one of the tyres burst.

A Nissan Caravan bus with the license plate ACA 989 ZW was involved in the lone accident.

He stated that the bodies of the deceased victims had been deposited in a morgue, while the injured had been rushed to a hospital and were responding positively to treatment.

240 Criminals On The Loose After Gunmen Attack Kogi Prison

There is palpable fear among residents of Kogi State and its environs where over 240 inmates escaped from the Medium Security Custodial Centre (MSCC) in Kabba, following an attack by unknown gunmen. 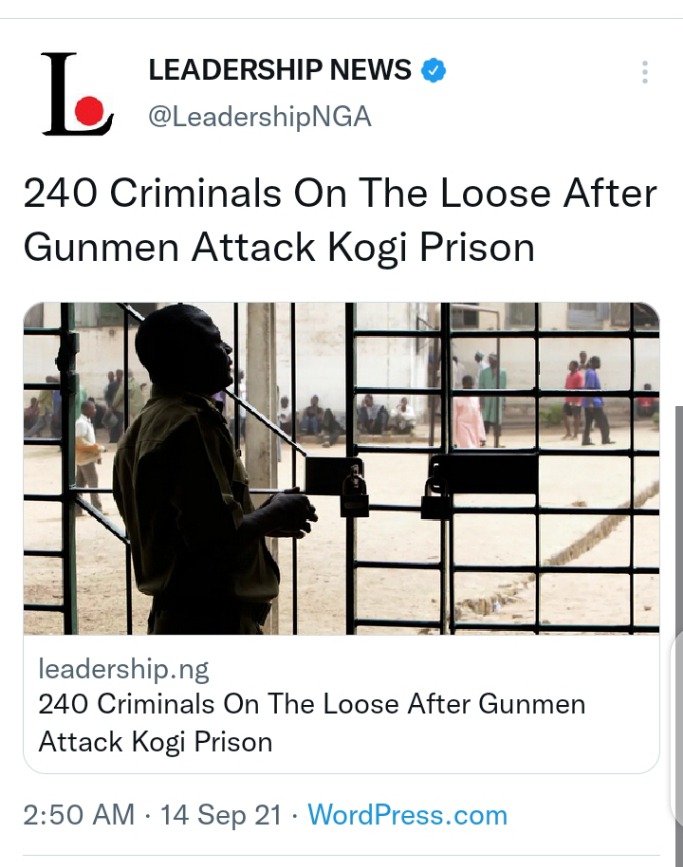 Two soldiers and a police officer were killed when hoodlums attacked Kabba Correctional Centre on Sunday night around 11:03 p.m., shooting sporadically in the air and forcing their way into the prison.

According to official figures, the armed men released no less than 240 inmates, who immediately fled.

In a statement issued yesterday, spokesman of Nigeria’s correctional service, Francis Enobore, said, “The medium Security Custodial Centre in Kabba, Kogi State, has been attacked by yet to be identified gunmen and 240 inmates forcefully released”.