By Helenkome (self media writer) | 1 year ago The Federal Government has given school owners in the country up to July 29, 2020, to meet specific guidelines towards the reopening of schools at a date to be announced in due course.

This came as it had settled with four countries on a new date for the suspended West African Examinations Council, WAEC.

Minister of State for Education, Hon. Chukwuemeka Nwajiuba, who stated this, Friday, in Abuja, said the ministry, having consulted widely, has in collaboration with Federal Ministry of Health, Nigerian Centre for Disease Control, (NCDC), the Education in Emergencies Working Group, developed and circulated guidelines for the reopening of schools.

The minister, according to a statement, Friday, by the Director of Information in the Ministry, Bem Goong, “school owners are to prepare and comply with the guidelines.

“Nwajuiba said schools are to undertake self-assessment and send feedback to state ministries of education, not later than 29 July 2020, “the statement quoted him as saying.

He said consultations with relevant stakeholders will be held to review the situation and decide on a specific date for reopening or otherwise.

The minister further said, having taken the painful but necessary decision not to reopen schools without necessary preparations to ensure the safety of students and teachers, the Federal Ministry of Education has continued consultations with stakeholders, and a mechanism to assess and monitor compliance shall be put in place.

According to him, “Since Tuesday last week, we have consulted widely with stakeholders in the sector, including Commissioners of Education in all the states of the federation, the Association of Private School Owners of Nigeria,(APSON), National Association of Proprietors of Private Schools,(NAPPS), Provosts of Colleges of Education, Rectors of Polytechnics, Vice-Chancellors of universities, some state governors, and development partners.”

Commenting on WAEC, Nwajuiba said, “We met with WAEC on Monday and have agreed to further consult with four other countries on new examination date.”

“Parents should be rest assured that the safety of our students and teachers is paramount as we work assiduously towards the speedy reopening of our schools for the exit classes to take external examinations,” he added. The Federal Government has arranged three more flights to evacuate Nigerians stranded in the United States due to the coronavirus pandemic.

According to the Consul General of Nigeria in New York, Mr Ben Okoyen, the third and fourth special flights are scheduled for July 17 and July 28.

Okoyen said both flights, operated by Ethiopian Airlines, would convey the evacuees from New Jersey to Abuja.

The fifth flight, operated also by the same Airlines, will airlift the passengers from Texas to Lagos on July 31, according to the Nigerian consulate in Atlanta.

So far, the government has evacuated 487 stranded Nigerians from the U.S. in two operations conducted on May 9 and July 3.

Meanwhile, the delayed flight from Canada has been rescheduled for July 18, according to a statement by the Nigeria High Commission there.

The News Agency of Nigeria (NAN) reports that the Canada operation has been shifted twice due to circumstances beyond the government’s control.

The first flight, slated for May 14, was cancelled after authorities denied over-flight and landing permits to Air Peace, the Nigerian carrier chosen then.

The second attempt was fixed on July 10 but had to be delayed on request from the intending evacuees.

According to the mission, the requests followed their inability to get the required COVID-19 test results and book the flight on time. 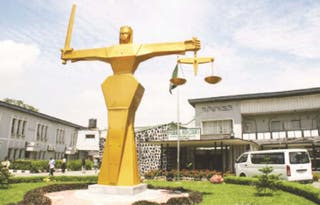 The Chief Judge of the Federal High Court, Justice John Tsoho, has gone on 14 days self-isolation following a confirmed case of COVID -19 among his official aides.

Likewise, to prevent the possible spread of the virus, Justice Tsoho, also directed key staff members of the court attached to his office, to immediately isolate themselves, pending results of screening tests done for him, members of his immediate family and close aides.

Confirming the development, Information Officer of the court, Mrs Catherine Nwandu, in a statement, said the Federal High Court took into cognizance the fact that health and safety are paramount in the sphere of justice delivery.

She said: “The Court is thus following medical protocols and all precautionary measures for the COVID – 19 prescribed by global and national health authorities.

“His lordship has further encouraged strict compliance with the precautionary medical protocols issued by national and international health authorities to curb the spread of COVID 19.

“He urged the staff of the court to go about their lawful duties while ensuring that they are well protected.

“The Chief Judge is deeply moved by the prayers and well wishes of colleagues, staff, extended family and friends and appreciates them for keeping faith at this moment.” 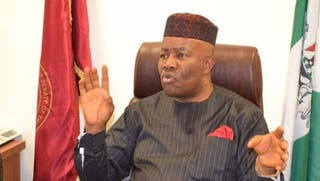 A chieftain of the All Progressives Congress, APC, Jackson Lekan Ojo, has called on the Minister of Niger Delta Affairs, Senator Godswill Akpabio to step aside over allegations of financial recklessness in the Niger Delta Development Commission, NDDC levelled against him.

Ojo who disclosed this in an exclusive chat with Vanguard in Abuja also said allegations by former Managing Director of the commission, Ms Joy Nunieh that she slapped the minister over an indecent behaviour should be properly investigated.

“Akpabio should not be treated differently from Ibrahim Magu, the acting chairman of the Economic and Financial Crimes Commission, EFCC, who was suspended recently over allegations of some wrongdoings.

“The minister should step aside or should be suspended to pave way for a thorough investigation of his alleged financial recklessness in the NDDC. It is only in Nigeria that public office holders would still be carrying on with their jobs when their conduct is called into question.

“Again, the slap he was said to have received should be investigated. What did he ask of the woman to have warranted a hot slap? I was very disappointed with the minister who appeared on television and rather than respond to claims by Nunieh, chose to tell Nigerians that she had been married four times. How is this related to the theme of financial corruption?” he asked.

Mr Ojo also called on President Muhammadu Buhari to look beyond officers of the Nigeria Police Force in picking the next substantive chairman of the Economic and Financial Crimes Commission, EFCC.

In his opinion, the Nigerian public holds the police institution in low esteem, noting that men in the academics, judiciary and private security network would do well in championing the fight against corruption as head of the foremost anti-graft agency.

A certified member of the International Security Association, Switzerland, Ojo also waded into the travails of Ibrahim Magu, saying there was nothing wrong in the manner he was picked up recently by operatives of the Department of State Services, DSS. According to him, there’s no way of knowing how Magu would have treated a formal invitation to report to the which investigated him.

He said: “I don’t want to see a policeman heading the commission anymore. Let us make use of university dons, security experts with backgrounds in criminology retired DSS personnel or retired Chief Justices. From these people, the President should appoint the head of the EFCC. This is largely because the public has little respect for the police. A lot of Nigerians are not comfortable seeing the police as the head of an agency or commission. This may not be one hundred per cent correct but the majority of Nigerians rate the police low.

“No prophet can accurately tell you what Magu’s action would have been if he knew he was going to be taken to face a panel. If he got a hint at what was about to happen, the night would have been enough for him to devise an escape route. So, the way he was taken was the best way.

“If he knew what was about to happen, an hour is enough for everything to change. He wasn’t bundled into a waiting vehicle, was not handcuffed and he was not beaten. He wasn’t molested. His fundamental human rights were not infringed upon. If the way he was picked is the same way they have been arresting other Nigerians; nobody will complain.”

He urged those politicizing Magu’s ordeal to accord the Attorney General of the Federation, AGF, Abubakar Malami some respect, adding that the Minister of Justice has thus far conducted himself with a high level of responsibility and decorum.

He continued: “Unlike many Nigerians that want to politicize issues when someone is suspected to have conducted himself criminally; there is no designated place for such a person to be arrested. Such a person can be arrested at any time, without any hint.

“Ibrahim Magu has not been sentenced; he was only picked up and kept in Police custody and has been released. This was to ensure that he’s denied access to his office for possible manipulation of documents and all that.

“If Abubakar Malami, the AGF and Minister of Justice and Supervisory Minister of the EFCC had any intention to victimize Magu, he won’t come out with a memo. For making this process formal, it means Malami had nothing to hide. I can tell you that Malami is not victimizing this man as some people are alleging,” he added.

Content created and supplied by: Helenkome (via Opera News )