By Crownboy (self media writer) | 8 months ago 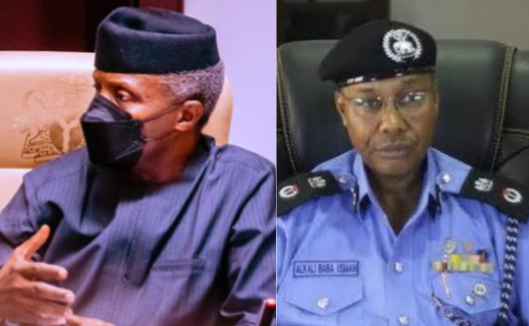 Vice President Yemi Osinbajo says efforts are underway to increase the retirement age of teachers in Nigeria’s public service from 60 years to 65 years. 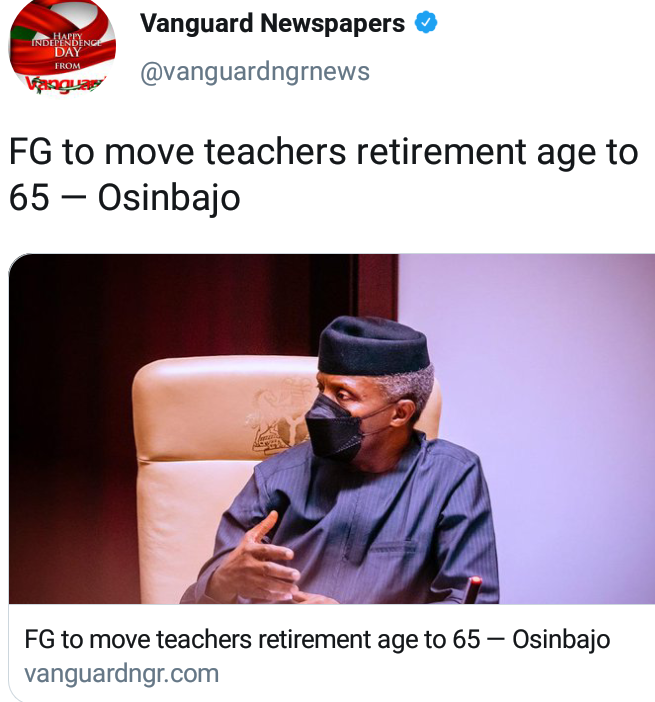 Osinbajo disclosed this on Tuesday while hosting at the Presidential Villa, Abuja, Oluwabunmi Anani, Maltina Teacher of the Year, 2020 Winner, as part of the 2021 World Teachers Day celebration.

Anani was accompanied on the visit to the Presidential Villa, by Uzodinma Odenigbo, Head of Public and Government Affairs, Nigerian Breweries Limited(NBL).

The Inspector-General of Police, IGP Usman Alkali Baba has ordered the immediate posting of a new Commissioner of Police (CP) to Anambra state. 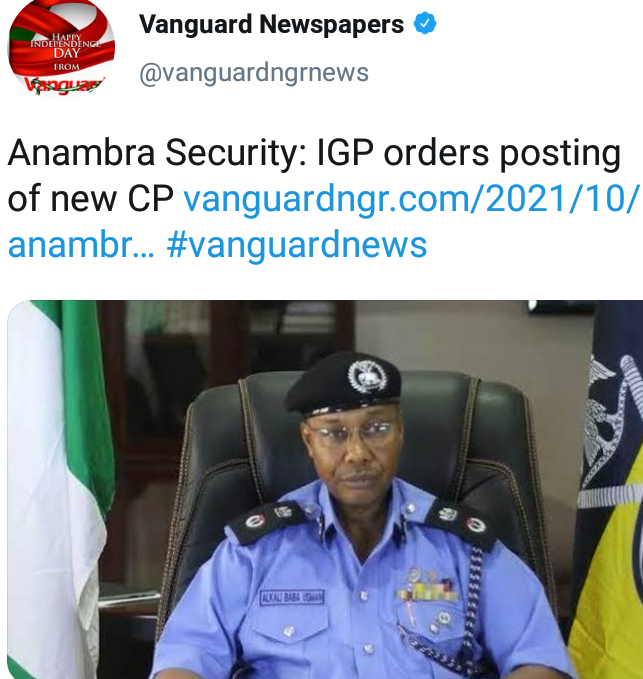 The new CP, Echeng Eworo Echeng, takes over from CP Tony Olofu who has been redeployed to the Force Headquarters, Abuja.

The IGP has also ordered the deployment of a detachment of NPF Special Forces to Anambra State to bolster and complement the ongoing peace-building efforts of the Nigeria Police Operation Restore Peace in Anambra State.

Senate President, Ahmad Lawan, has called for partnership and cooperation between the Federal Government and the States, for the development of the country. 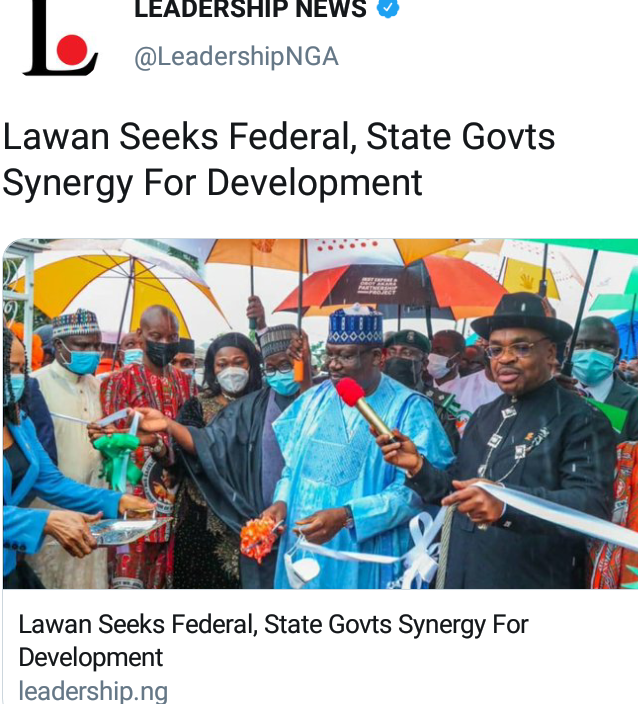 “What the Federal government needs in the sub-nationals is partnership, cooperation and development together,” Lawan said shortly before he formally commissioned the 25Km Uyo-Ikot Ekpene road in Akwa Ibom State.

This was disclosed in a statement signed by the media adviser to the Senate President, Ola Awoniyi, on Tuesday. 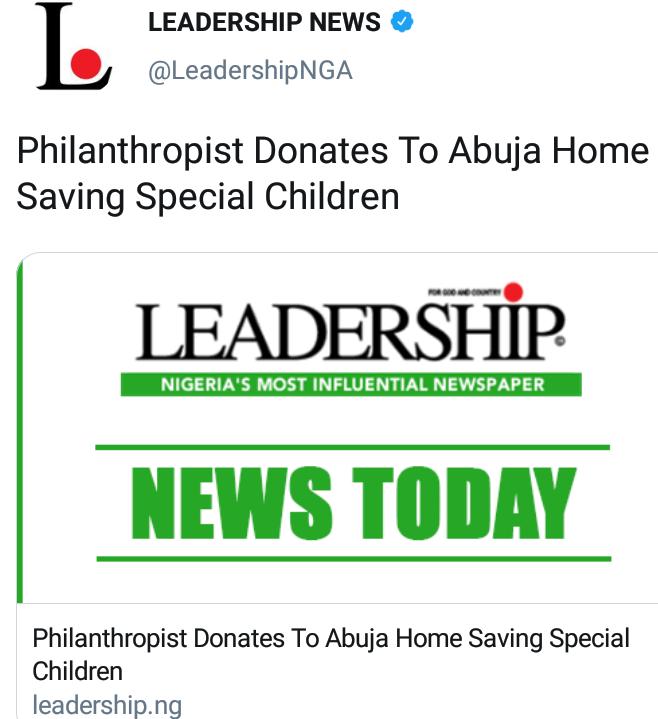 The orphanage home, which houses 167 children, takes care of special children like twins, triplets, albinos and those whose mothers die during their birth, by saving them from threat to their lives because of the circumstances of their birth and superstitious beliefs.

Speaking during a visit to the orphanage home on Sunday, Mrs Anyaeche prayed for the children to become successful in life, saying she will need some of them in later life to handle her legal briefs as lawyers whenever the need arise.