By SadoRoy (self media writer) | 2 years ago

When I was in secondary school, my toughest teacher was Mrs Okediji. She taught us Yorùbá.

She taught so well, I made an A.

Which was great, since mummy had banned us kids from speaking “vernacular” at home .

It was so great,that after graduation, I wrote thank you letters to my teacher: in Yorùbá!

I found my Yorùbá notebook today.

Nowadays all my Yoruba writing is on electronic keypads, limited by Latin scripts & diacritic handicaps.

It is the tonal distinctions that make or break spoken Yorùbá. You have to be musically intelligent to be fluent.

In fact, genetic studies show that the first ethnic differentiation within the human race occurred between Yorubas and San pygmies around 87,000 yrs ago.

Nowadays, the limitation of writing ancient languages in modern script is being challenged by another very ancient culture: the Igbo.

Now spread from southeast Nigeria to every continent on earth, the Igbo originally wrote in a esoteric ideographic script with over a 1000 symbols, called Nsibidi, which could expand into any number of languages.

This wealth of intercultural ideas is seen often in the incomparable wisdom of Igbo proverbs, which add texture to the writings of Chinua Achebe, Flora Nwapa, Chimamanda Adichie, and several of the best novelists.

The oldest archaeological evidence ever found for dating Nsibidi is in monoliths in Ikom, near Calabar in Nigeria, which date to 2000 B.C.

In fact, both Nsibidi and the Egyptian hieroglyphs share several of the same characters. Many scholars believe Nsibidi is as old as 5000 B.C.

To overcome the insufficiency of modern script for the powerful ideas embedded in the worlds oldest languages, visual artist and software engineer Lotanna Igwe-Odunze, created an Ńdébé script with modern logographic tools, after 10 years of hard work.

Ndebe‘s modern tools will suit many young learners, who lost previous opportunities when Nigerian language education was dropped from high school syllabi in 2015.

Just in time, as growth data continues to project an increasingly important role for Nigeria and it’s 524 language groups in an emerging global economy with alternative centers of power.

This week, the Lancet published a new report.

We will wake up on January 1, 2100 A.D., into a new world where current leader China will be the world’s 3rd most dominant economy, behind Nigeria in 2nd place, and India.

In preparation for that new century, Nigeria’s sister nations in Africa, are ready to form an economic Voltron force, 54 lions strong.

Africa’s Continental Free Trade Area (AfCFTA), has been the worlds largest free trade area since 2019, and by 2100, it will grow into a single market for 4 billion Africans.

It will be a new African century.

One-in-four of earth’s citizens will use ancient languages in modern ways, to build pyramids of profit that touch the sky. 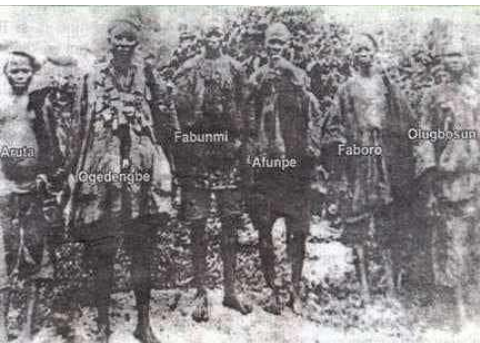 Content created and supplied by: SadoRoy (via Opera News )