Mike Adenuga: How The Son Of A Common Teacher Rose To Become The Second Richest Man in Nigeria

By QualityNewsNaija (self media writer) | 2 years ago

Like the saying goes, you won't know the pains and struggles of others until you walk in their shoes and feel their hurt. This saying fit perfectly into describing the second richest man in Nigeria who goes by the name Michael Adenuga.

Born and named Michael Adeniyi Agbolade Adenuga, Mike as he is fondly called sit comfortably behind Aliko Dangote as the richest man in Nigeria with over $5.5billion to his name. While there has been arguments about Michael Adenuga coming from a rich home, this article aims to give you details into the life of the business mogul.

It also aims to give a good details to how he worked as a taxi driver abroad in the early part of his life before becoming who he is today. Nothing comes easy in life and we as human should learn from the success story of others.

Born to Oloye Agbolade Adenuga Sr who was a school teacher and Juliana Oyindamola a business woman of royal ijebu decent, not many would have given Michael the chance to greatness in life. He was born in Ibadan, Oyo state on the 29th of April, 1953 and had his basic education at Ibadan Grammar school before proceeding to Comprehensive High School in Ayetoro where he obtained his Higher School Certificate.

While it was the wish of Adenuga's parent that he study at the prestigious university of Ibadan, he was thinking different and not until his letter of admission came through did his mother allow him to travel out.

Mike Adenuga hustled to raise money in order to travel out and study at the Northwestern Oklahoma University in the United States of America. While he was a student at the university, Adenuga did so many odd jobs in order to meet ends meet. Among the jobs he did include working as a security guard and also as a taxi driver. 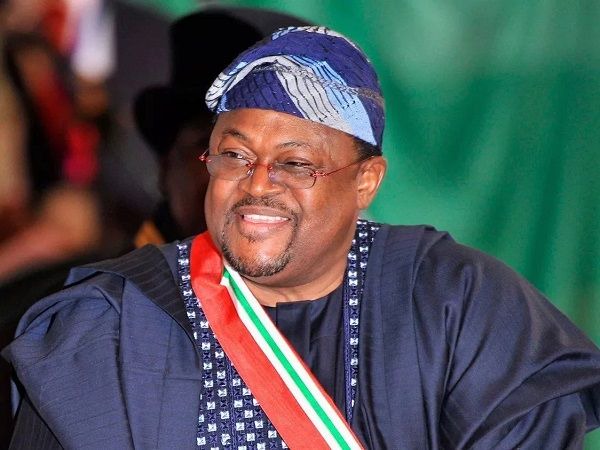 After bagging his degree from Northwestern Oklahoma University in Business Administration, Mike Adenuga returned back to Nigeria a move which was considered one of the best from the billionaire.

Upon returning to Nigeria, he started off his campaign as a lace dealer and a soft drink distributor where he made his first million. Adenuga shifted focus and ventured into oil exploration.

Adenuga prospered after fortunes smiled at him in the oil business. He became the first Nigerian to discover oil after his consolidated oil company struck oil in Ondo state in commercial quantities. I must say that this was the game changer for Mike Adenuga thank God he did not sell his license to oil multinational.

Not stopping at that, Mike Adenuga took his Chance when In 2001, the Nigerian government conducted an auction for 5 Global System for Mobile Communications (GSM) provisional licenses and invited bids from institutional investors.

Although Mike Adenuga was given the deal with a clause of making $256million within a 14 day ultimatum, he couldn't meet up and lost the license despite paying a mandatory deposit of $20million. Mike didn't allow these setbacks to affect him instead, he re applied when the opportunity came again taking a very huge risk to the second time and he was granted the license which gave birth to GLOBACOM network we have today.

It was rumored that when Adenuga started Globacom, one of the main move that got him the much needed customers which later transformed him into a fortress was to subsidize the price of SIM. Before Adenuga came into the scene, getting a Sim cost more than a phone and it was a luxury available only to the rich.

He came into the scene and he made it cheap and available to everyone hereby generating a massive customer's base.

Apart from being the chairman of Globacom telecommunications, Adenuga also holds a significant share in the Conoil petroleum company and other investments.

Although we can say that indeed, Mike Adenuga was partly lucky at some point in time in his life, but luck won't have smiled on him had he not been hardworking and determined to change his status.

We all should learn from Adenuga's story never to give up in life as persistence, consistency and determination will take up way above every imagined destination.