By De_Blogger1 (self media writer) | 3 days ago 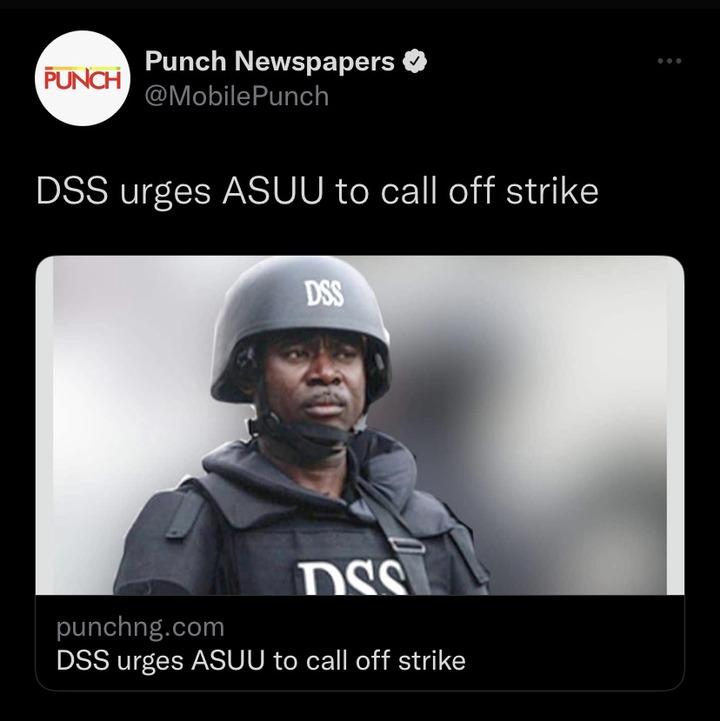 The Academic Staff Union of Universities was urged to end its current strike by the Department of State Services on Thursday.

At the third quarterly conference of the State Directors of Security in the North-East Zone in Damaturu, the Director of the Service responsible for Yobe, Mr. Yunusa Abdulkadir, made the appeal.

He pointed out that the strike has security ramifications because it prevented the country's universities from operating.

"While we are aware that ASUU is working for a just cause, they ought to look more closely at the idiosyncrasies of the North-East region, which has been under insurgent control for more than ten years," Yunusa remarked. 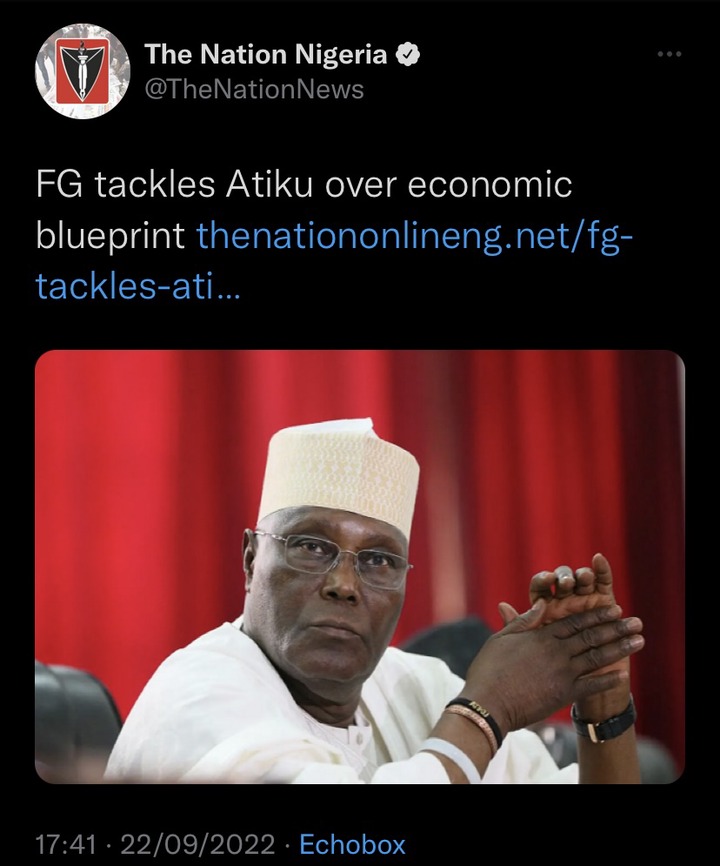 Atiku Abubakar, the Peoples Democratic Party's (PDP) presidential candidate, has come under fire from the federal government over the economic plan he unveiled last week in Lagos.

It criticized the economic plan as "a clumsy attempt to imitate all that President Muhammadu Buhari's administration has implemented."

According to the report, this is especially true in the areas of job creation, finance for infrastructure, relationships with the private sector, revitalization of the power sector, eradication of poverty, debt management, and general economic management. 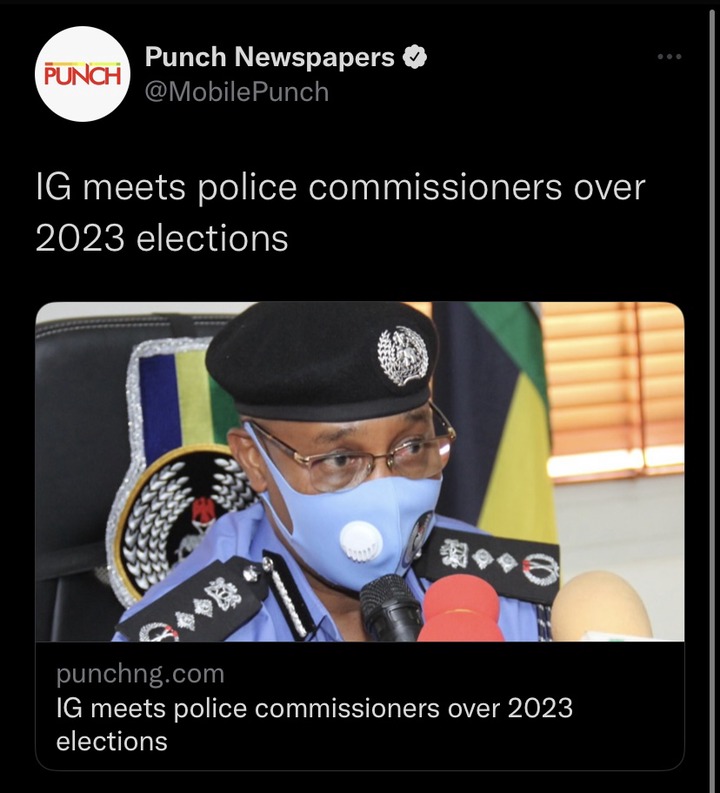 Usman Baba, the Inspector General of Police, met with police commissioners and other senior officers on Thursday in Abuja to address matters pertaining to the general election of 2023.

Deputy IGs, CPs from the 36 states and the Federal Capital Territory, as well as other top police personnel, attended the IG Conference.

In order for the police to engage in an all-inclusive strategy to re-evaluate policing techniques against the backdrop of the dynamics of crime in the country, the conference was focused on deconstructing present law enforcement realities. 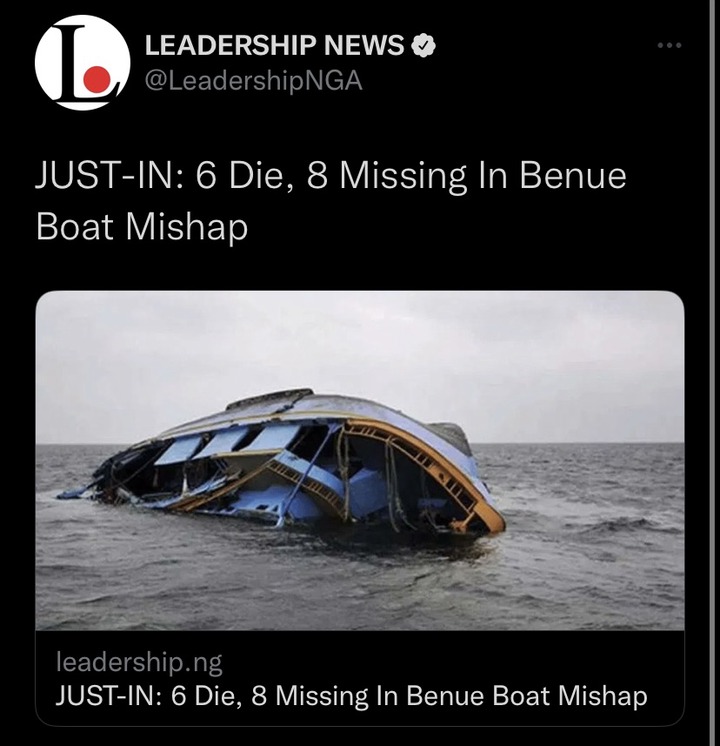 The incident happened on Tuesday in Ikyaave, according to Michael Uba, the chairman of Guma LGA, who gave this information to our correspondent over the phone.

He said that as of press time, 14 more people were still missing.