List Of Most Preferred Universities In Nigeria For 2020 Admission

By Oshaa_Malaba | self meida writer
Published 7 months ago - 1 views 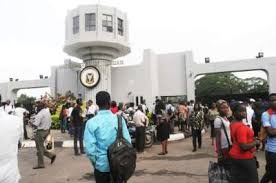 Out of the number of institutions we have in Nigeria, there are eleven preferred Universities that stand out and are sort after by candidates when making their choice of institution in Nigeria. This has been confirmed by the yearly statement released by JAMB a day prior to when the UTME result is released.

Most Prefered Universities in Nigeria

Nnamdi Azikiwe University came into being as an offshoot of the defunct Anambra State University of Technology (ASUTECH). ASUTECH which was established through Law No. 7 of 30th July 1980 by the Government of the old Anambra operated as a multi-campus university, with campuses in Abakiliki, Enugu, Awka and Nnewi.

The University of Benin was founded in 1970. It started as an Institute of Technology and was accorded the status of a full-fledged University by National Universities Commission (NUC) on 1 July 1971.

The Faculties presently in the University are Agriculture, Arts, Education, Engineering, Law, Life Science, Pharmacy, Physical Science, Social Science, and the College of Medical Sciences (which has three Schools: Basic Medical Sciences; Dentistry and Medicine; and the Institute of Child Health).

UNN was Founded by Nnamdi Azikiwe in 1955 and formally opened on 7 October 1960, the University of Nigeria has three campuses – Nsukka, Enugu, and Ituku-Ozalla – all located in Enugu State.

This list above should give candidates who want to write UTME clue on preferred Universities which are on high demand by candidates. This will help you to make informed decision when filling choice of institution during JAMB registration.

Content created and supplied by: Oshaa_Malaba (via Opera News )

2baba albums ada ehi how to make salad waec result 2019 checker wonderful kola and fertility
Opera News is a free to use platform and the views and opinions expressed herein are solely those of the author and do not represent, reflect or express the views of Opera News. Any/all written content and images displayed are provided by the blogger/author, appear herein as submitted by the blogger/author and are unedited by Opera News. Opera News does not consent to nor does it condone the posting of any content that violates the rights (including the copyrights) of any third party, nor content that may malign, inter alia, any religion, ethnic group, organization, gender, company, or individual. Opera News furthermore does not condone the use of our platform for the purposes encouraging/endorsing hate speech, violation of human rights and/or utterances of a defamatory nature. If the content contained herein violates any of your rights, including those of copyright, and/or violates any the above mentioned factors, you are requested to immediately notify us using via the following email address operanews-external(at)opera.com and/or report the article using the available reporting functionality built into our Platform

After herdsmen killed two farmers on their farmland, see what residents of that community did today 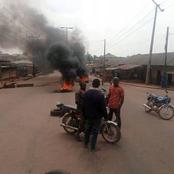 Flashback Video: See What Tinubu Said About Ambode In 2017 That Has Sparked Reactions Online 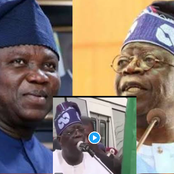 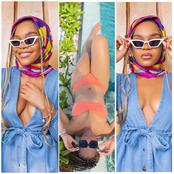 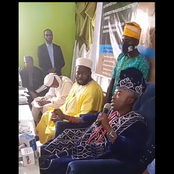 Precious Chikwendu attempted to stab and kill everyone in the house, I have the video -Kemi Olunloyo 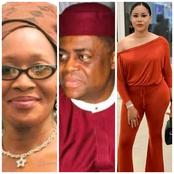 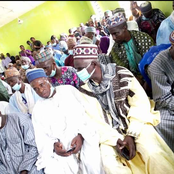 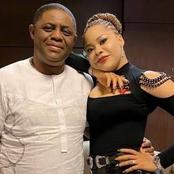 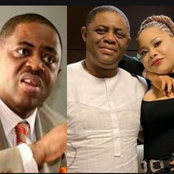 Hours After Buhari Received The Covid-19 Vaccine, Here Is What He Said To Nigerians 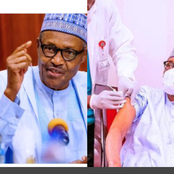 Oluwo To Yoruba People: Don't Allowed Intruders To Use You Against Yoruba Presidential Ambition 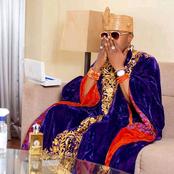