The Joint Admission And Matriculation Board has handed over a 19-year- old boy to police for proper investigation and prosecution. According to the jamb registrar prof. Ishaq Oloyede he said that the boy claimed that he scored 380 in jamb but was given 265 score. Pursuant to the claim of the boy his father, John Ifenkpam engaged a lawyer. His lawyer wrote to the jamb wherein he demanded for 1 billion naira as damages. The little boy claimed that he has been denied admission because of his score 380 was reduced to 265. He was denied admission of his choice course- medicine. The name of the boy is John Chinedu.

The jamb registrar invited them for interview in Abuja. The jamb countered the claims of the boy and accused him of results tampering. The y said that they will withhold his result until investigation is concluded by police.

The jamb said the boy is among the 11 people who are involved in results tampering. It maintained that they will prosecuted and make sure that media carry it.

The question that begs for answer is why jamb wants to prosecute the boy now after making case with them for reducing his jamb score of 380 to 265? Are they are annoyed that the little boy challenged them? What could be wrong with the result of the boy? His jamb score has been withheld pending the outcome of the investigation. What could be fate of the little boy? Obviously his future is dangling on the controversy surrounding his results.

See the screenshot below. 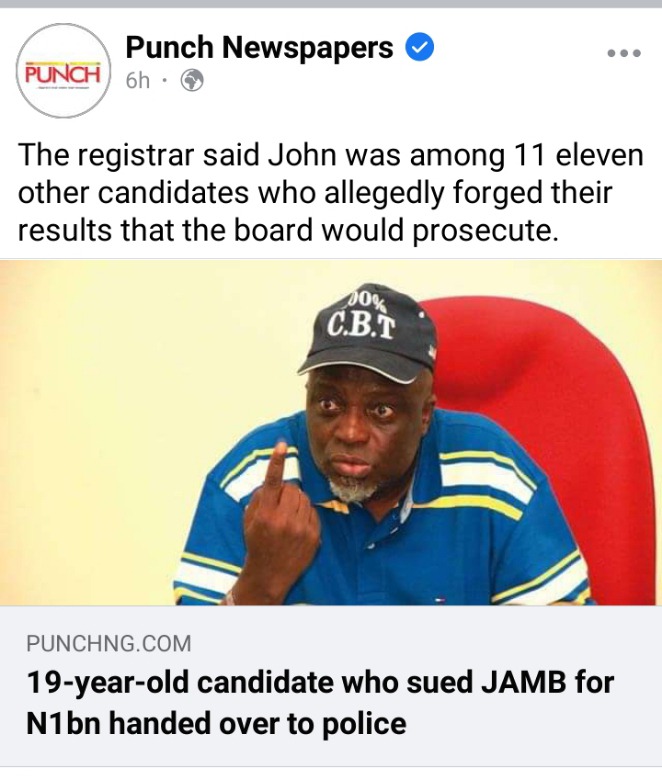 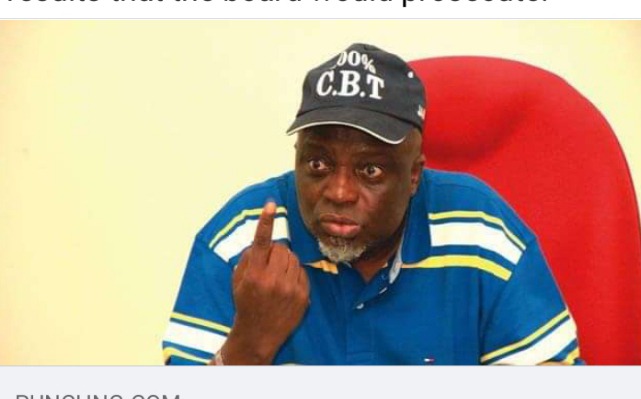