It is no more news that the pandemic has made a lot of indecision to happen. And recently the federal government declared the opening of the schools, mainly primary six pupils, junior secondary school pupils, secondary school three pupils, to resume for their final exams, which at some point was okay, since the children have been staying at home for a long time, and universities have not been in consideration yet.

And later the Federal Government annulled the announcement made on resumption, and they were saying it is better to forfeit a year than risking the life of the children, even as at the publication of the resumption, a lot of parents protested, and said they're not releasing their children, and some teachers too were like, we are not resuming yet, which were well understood. Primary schools: We know by the category of people staying here, they are all small kids who might not be able to follow all guidelines strictly, and also most of them had traveled before the interstate lockdown was declared, which might have placed them on health risk. By moving from their respective places back to their schools, and they will want to play with themselves, and letting them resume now will surely be a bad idea. Even the primary six pupils who were told to resume because of their final exams, I feel allowing them to resume, is not a good idea, as much as their health is essential, it's going to be a little challenging, as their class will be vacant, and there won't be any set to promote to that class, in which they will still stay at home and wait for their seniors in Junior secondary school one to get promoted before they can also get admission into the secondary school, which is like a waste of time. So let all of them resume at the same time will be awesome, as their progress will go steadily and not start now, pause later and return.

Secondary schools: starting from the junior secondary school three, that were told to resume for their exams, it's almost the same things with, the primary schools, but don't let us forget that there are no fit centers for their exams, some of them will travel as far to places to write their exams, which has its health risk, financial factors, as those place can be far, and with the increase in almost all things, some parent might not be able to afford it, and since it's not a day exam, it will really be expensive, and this also goes for senior secondary school three, who will be writing exams too, some of them will be traveling too. And also, their classes will be vacant, and no one will be promoted there, and this will affect the movement of others, as they also will wait for general resumption before been promoted to the next class. 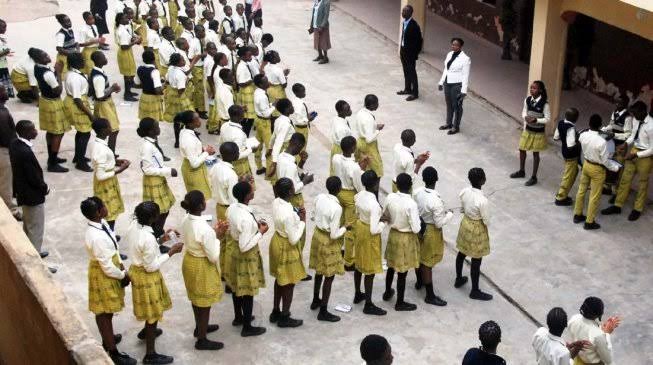 And don't let us forget that they haven't even resumed the third term, not to talk of writing their promotional exams, which will cause a delay, so they should be all declared to resume at the same time, so as to ease the movement. People get promoted at the right time, make the movement steady, and give meaning to the country's educational sector.

Universities: if we should allow some set to resume, it won't help, as those who did jamb this year won't be opportune to write their post utme, which is an extra year and don't let us forget some set of people will still write jamb next year, and they won't feel too happy if the set who wrote jamb this year will now be merged next to resume together, they will feel cheated, so all of them should resume together, and some universities haven't finished a semester, not to talk of completing a session, so telling them to resume or allowed some set to resume won't be of help. I believe that, if resumption is shifted till next year, a lot of plans would have been put in place that will favor all, both in the academic line and the health part of people, because it is risky to allow people resume at this time when we don't know who is who. And I am if the opinion that, it's not all schools that can afford to test all their students before they are allowed to enter school, and by some schools, the capacity of students they have in a class can't help in obeying the social distancing guideline, as some don't have much building facilities, and all this will go against, the instructions and there is no point going against a rule all in the name of letting a sector resume. Another thing is this, we don't have much health facilities that can cater for the number of students that will be allowed to resume.

So, I believe all schools should not be considered for resumption yet until 2021 because all would have die down and more plans would have been put in place.