By OgunTescom (self media writer) | 1 month ago

The growing rate of insecurity in most secondary schools in Ogun state is now at an alarming rate as teachers now lives at the mercy of the students are their siblings.

Barely a week that one Abidemi Oluwaseun a father to one of the female students at Baptist Girls College in Idi-Aba Abeokuta, in company of two other accomplices went to unleash terror on the school while using a brand new cutlass to harras teachers before he was subdued, another ugly incident has again been recorded at Unity high school (snr) Kajola, Ibooro in Ado-odo Ota local government area of the state.

The Miscreants who invaded the school came with different weapons such as machetes and amulets to attack and beat some teachers in the school over another disciplnary issue. Some teachers that sustained serious injury during the mayhem were taken to a nearby hospital for medical attention

Report coming from the school revealed that an Aunt to a set of twins in the school had hired the services of the Miscreants to carry out the attack which left two female teachers badly injured. This incident has become one too many in this school as series of similar cases have been recorded in the past 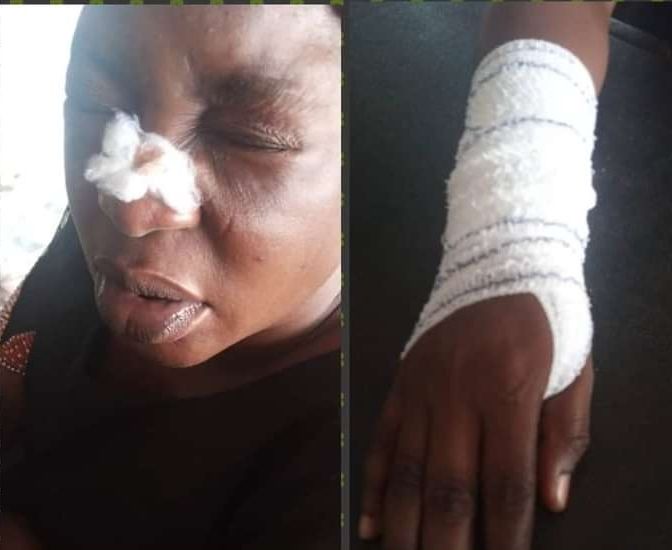 With this incident the Abiodun led administration must take the bull by the horn in addressing the rate at which Schools in the state had been under intense attacks leading to serie of injury been inflicted on teachers during these attacks.