UNSUNG HEROINE: Remembering Henrietta, The Rev. Sister Who Sacrificed Her Life To Save Her Students

By gistnodeyfinish (self media writer) | 5 days ago

There is no greater sacrifice a man can give than laying his life for the sake of another. This was exactly what Reverend Sister Henrietta Alokha did. When counting unsung heroines in Nigeria, she would surely make the list because she paid the ultimate price.

Maryjane Okafor, a final-year student at Bethlehem Girls College, a secondary boarding school run by the Sisters of the Sacred Heart of Jesus, had just finished reading the responsorial psalm on behalf of the students in the refectory on March 15. 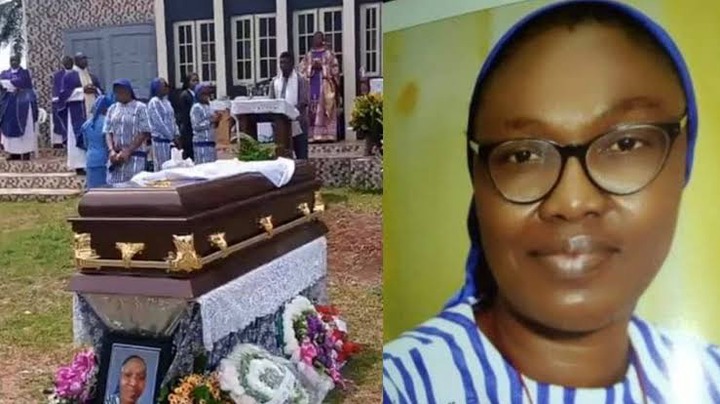 As the visiting priest took the podium to read the Gospel, she returned to her seat. He noticed white smokes coming from the entrance of the refectory, along with the odour gas, as soon as he began his homily. The smoke quickly became thick, then the power went out.

Meanwhile, the school principal, Sr. Henrietta Alokha, sensed something was wrong and dashed outside to investigate the source of the fumes. She returned to the refectory, told the priest to stop the Mass, and told all the students to leave as soon as possible. 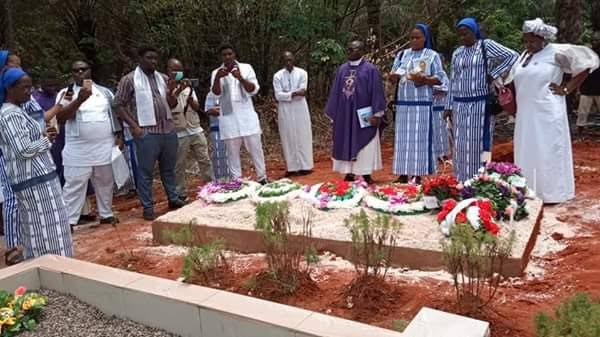 Alokha's quick action at the time and afterwards resulted in the rescue of many of her students, but when the gas leak explosion and fires were finished, 17 people, including Alokha, would be dead, and 50 buildings and homes would be destroyed in the sleepy community of Abule Ado.

The Bethlehem Girls College classroom building was destroyed after an explosion at a gas processing plant and the blazing fire killed at least 17 people and destroyed about 50 buildings and homes in a Lagos suburb, Nigeria's commercial capital. 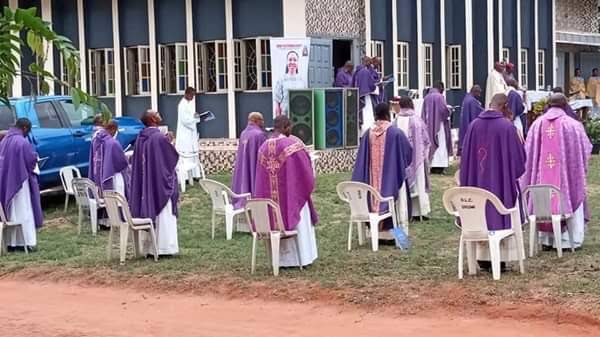 Some students remained in the refectory and Alokha returned to evacuate them. She kept searching to see if there were any more trapped inside, but she was killed when the building collapsed on her.

According to the Nigerian National Petroleum Corporation, which refines, transports, and markets the country's oil, the explosion was caused by a gas leak caused by a truck hitting some gas cylinders stacked in a gas processing plant located in front of the college. 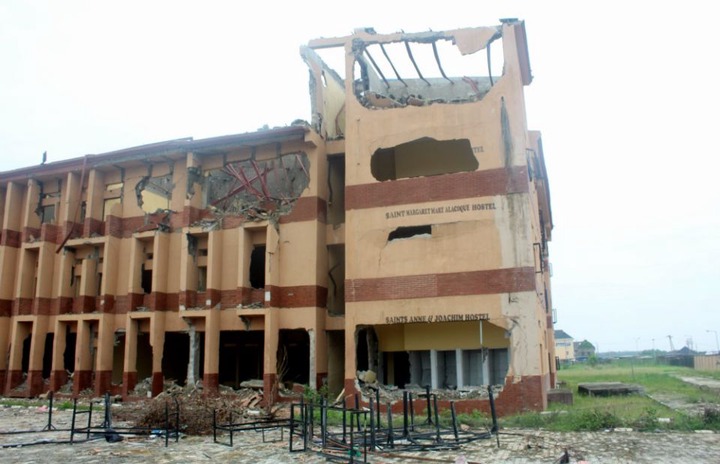 [Level of damages done by the explosion: Daily Trust]

The incident killed at least 17 people, including Alokha and seven college staff, and injured 25 others. The school also misplaced all student and college documents, including exam certificates.

Sacred Heart of Jesus Sr. Chinenyenwa Ihekoronze, the school's vice-principal also assisted in the evacuation of students, according to Alokha, who died in the school building collapse.

Emeka Ogbu, the girls' school's chief security officer, told GSR that bodies of other college and convent staff were discovered a few days after the explosion.

A big heart and unselfish love

Reverend Sister Henrietta Alokha, made sure her students were evacuated and none lost their lives in the explosion. Such kind of selfless actions is mostly seen in movies of superheroes. superheroes. She showed the world what agape love was all about, loving her students unconditionally.

She professed temporary vows at the Sacred Heart Novitiate Chapel in Atani-Uromi, Edo State. Her middle name is Ebosiogwe, which means "the will of God."

She is a caring woman, that was why she returned to the building to see if there were any more students trapped inside. If it had been someone who didn't care, she would have fled for her life.

Reverend Sister Henrietta is remembered as a woman with a big heart who cared deeply about children, particularly in the field of education. She did it with zeal. She never got tired. It struck me as her calling. She was a good shepherd, as well as a caring and loving mother.

When Nigerians learned of Reverend Sister Henrietta's sacrifice to save the college student's lives, they took to social media to demand that the government be honoured.

On June 11, the Nigeria Air Force responded to the public's call to honour Reverend Sister Henrietta. The assembly hall at Air Force Secondary School in Lagos was named in honour of her. She is truly a heroine and I pray that her soul continues to rest in peace. Amen.