By Susietofs (self media writer) | 1 year ago 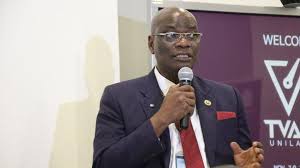 The Vice Chancellor of the University of Lagos who was suspended back in August has been reinstated by President Buhari.

Ogundipe was suspended by the Governing Council of the university headed by Dr Wale Babalakin during a meeting in Abuja due to accusations of financial misappropriation among other acts of office abuse.

Following the crisis that caused the said suspension of Mr. Ogundipe ,the federal government quickly intervened by asking both Mr Ogundipe and Babalakin to step aside pending the conclusion of its investigation into the crisis.

Though Dr Babalakin appeared before the panel, he also resigned from his post as the governing council chairperson the same day the panel submitted its report.

The announcement was made by the spokesperson for the Federal Ministry of Education, Ben Goong, in a statement on Wednesday.

Spokesperson for the Federal Ministry of Education, Ben Goong, in a statement on Wednesday made the announcement.

The statement reads, “The Vice Chancellor was not granted an opportunity to defend himself on the allegations upon which his removal was based. He should accordingly be reinstated.”

Along with the reinstatement, the President also dissolved the Governing Council of the university. Content created and supplied by: Susietofs (via Opera News )