By Thebrightnews (self media writer) | 4 days ago 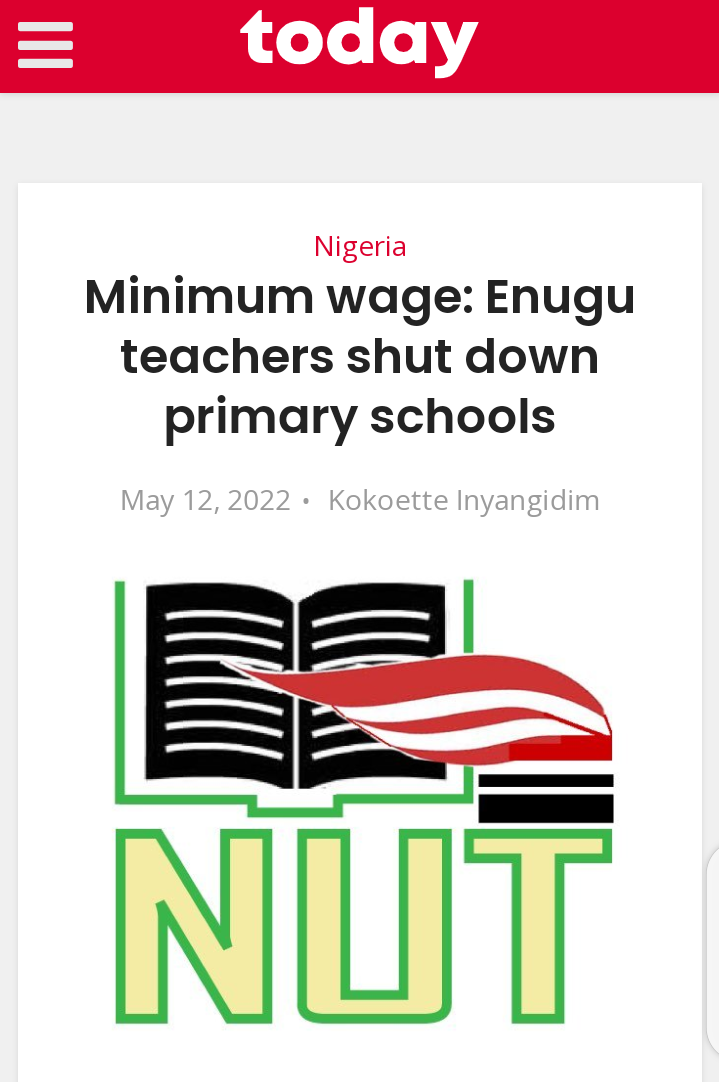 An industrial action declared by the Enugu State chapter of the Nigeria Union of Teachers (NUT) has paralysed activities in public primary schools in the state.

Newsmen report that the union ordered the indefinite strike with effect from Monday, May 9 in a circular no. 001/05/2022.

The circular was signed by the state Chairman and Secretary, Messrs Theophilus Nweke and Macs Nnaji, respectively. 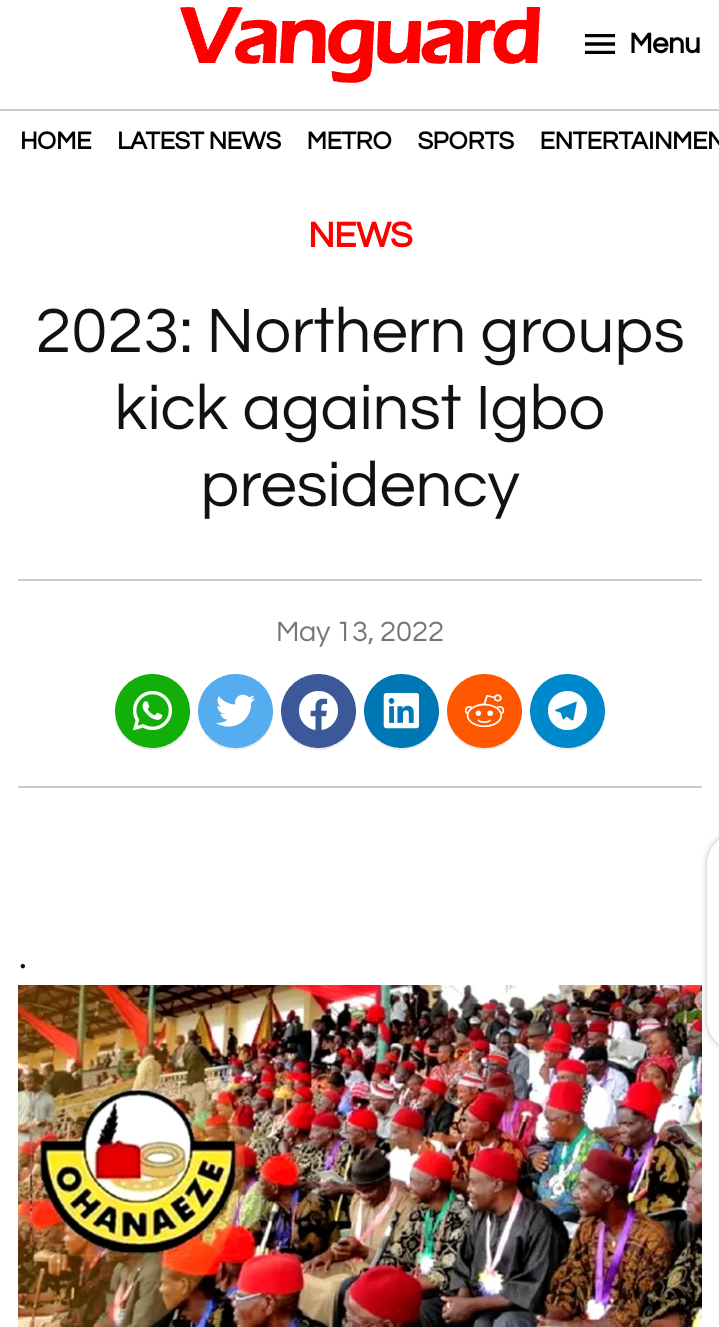 The Coalition of Northern Groups (CNG), on Thursday, lambasted members of Igbo Elders’ Consultative Forum (IECF) and other groups clamouring for the emergence of a president of South-East extraction, saying they are going about their agitation in a wrong manner.

The CNG alleged that the Igbo elders constituted a serious security threat to the country, adding that their recent warning that any attempt to elude the South-East geopolitical zone of the presidency in 2023 would rupture Nigeria’s corporate existence betrayed their desperation. 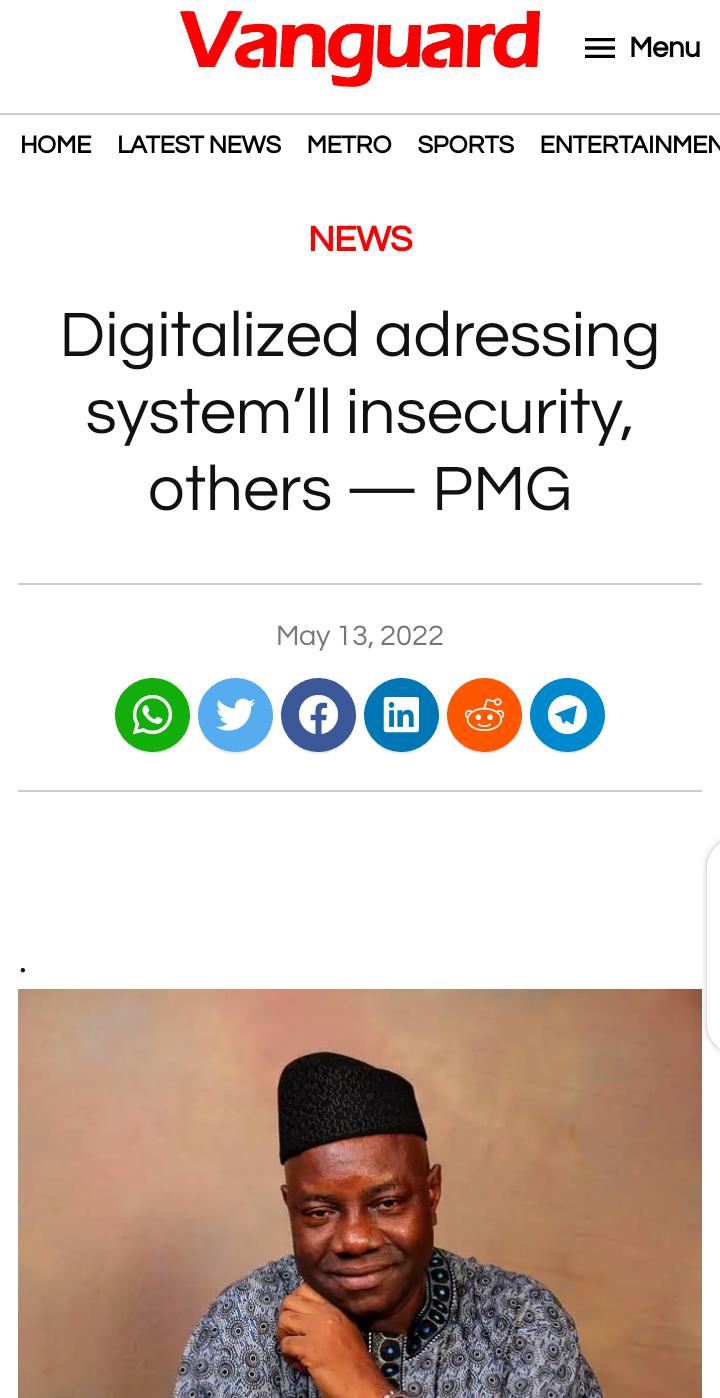 The Post Master General of the Nigeria Postal Service, Dr. Ismail Adewusi has said that the NIPOST Digital Addressing System, DAS, which will be unveiled soon will solve the challenge of insecurity and many other needs of the country.

The PMG stated this on Thursday at a press briefing on the Postcode Digitalization and its importance to Nipost operations held in Abuja.

Nigeria Turning To Valley Of Dry Bones – CAN 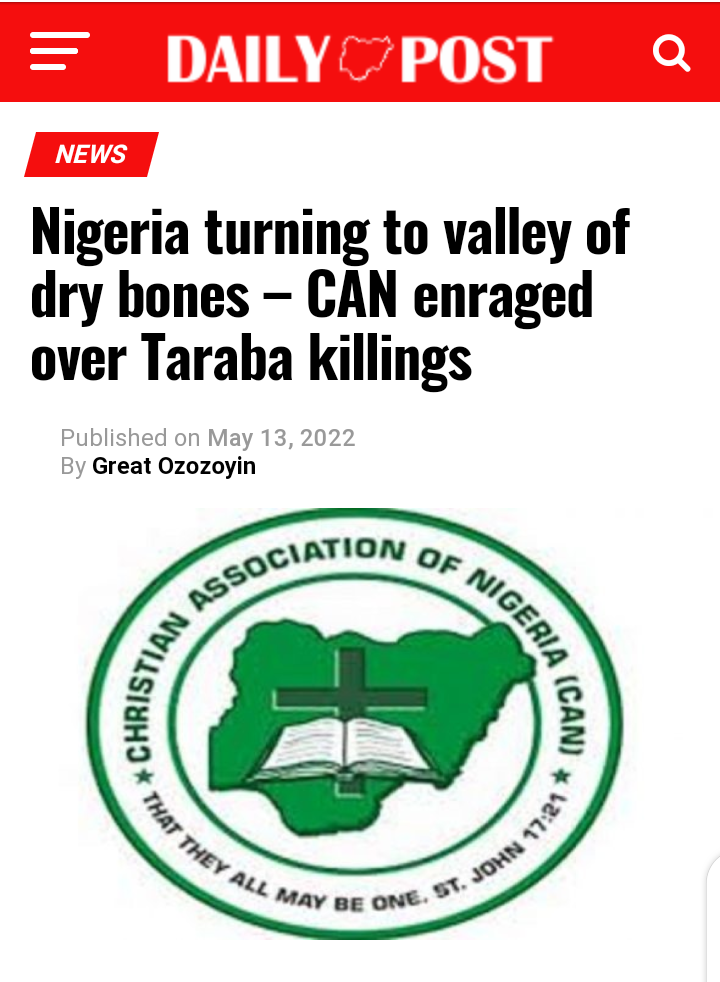 The Taraba State chapter of the Christian Association of Nigeria (CAN) has again called on the Federal Government to, as a matter of urgency, fashion out ways that would permanently bring to an end the ongoing killings in the State.

Reacting to the recent bomb explosion, killing of soldiers and militias attacks in Takum and Ussa councils, as well as in Yangtu Special Development Area, CAN said the Federal Government “must stop all forms of killings in the land before the society turns to a valley of dry bones.”

Content created and supplied by: Thebrightnews (via Opera News )