By PrinceAI (self media writer) | 20 days ago 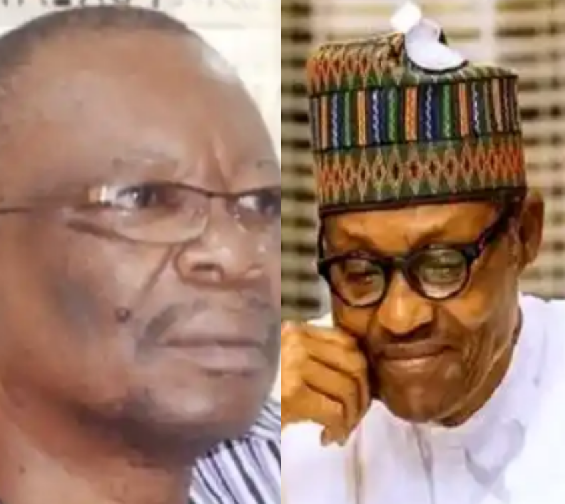 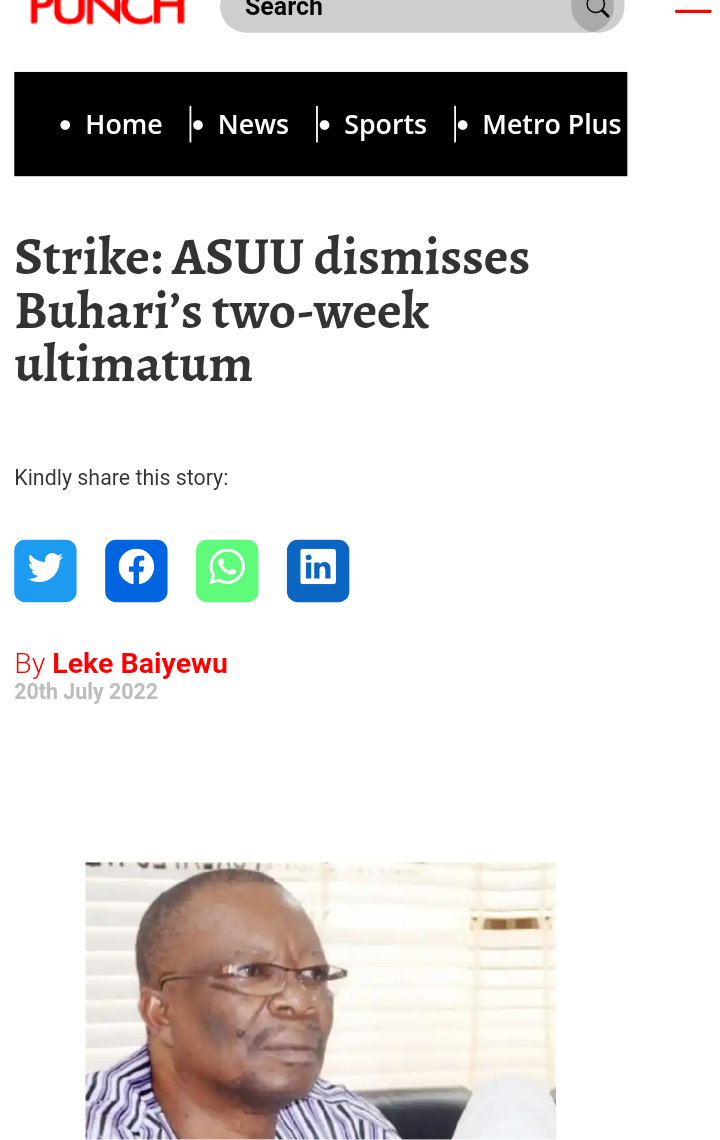 The President of the Academic Staff Union of Universities, Prof Emmanuel Osodeke, on Tuesday, slammed the Federal Government for failing to prioritise education in Nigeria, stating that the woes bedevilling the sector will not end until the ruling elite are forced to train their children in public schools.

Osodeke, while dismissing the two-week ultimatum issued to ministers by the President, Major General Muhammadu Buhari (retd.), to end the strike, stated that ASUU had concluded negotiations with the government and was only waiting for the ministers to sign the agreement reached with the university lecturers.

The ASUU President, while decrying the brain drain in the education sector, noted that Nigeria is also losing its professionals in the medical line to other countries 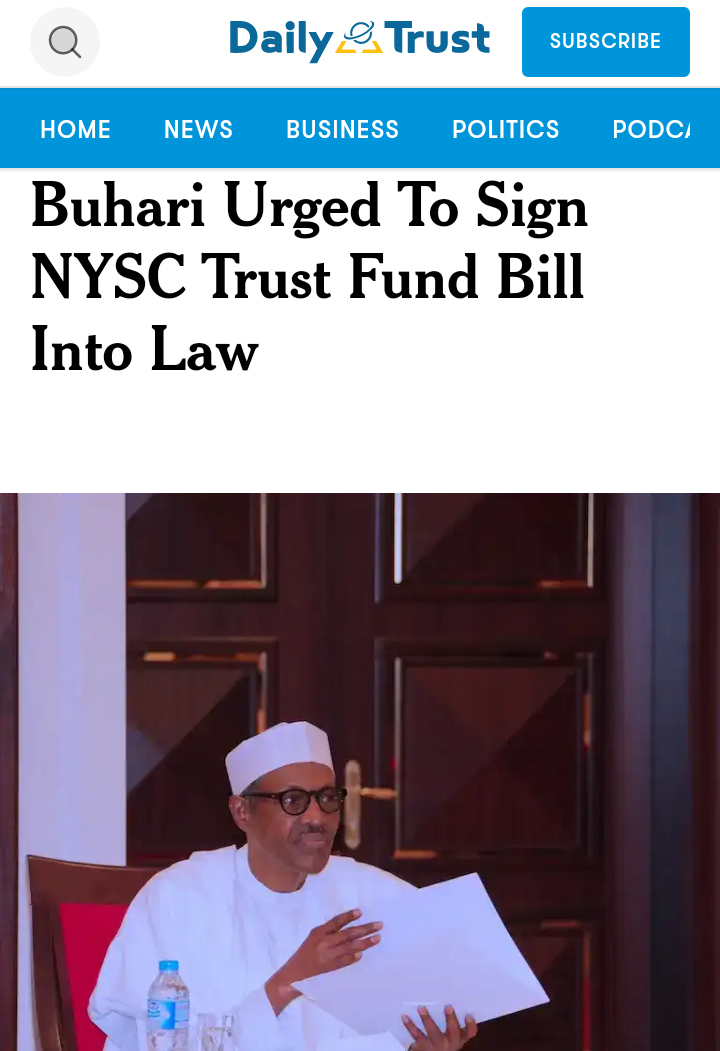 The Centre for Social Justice, Equity and Transparency (CESJET) has urged President Muhammadu Buhari to give assent to the National Youth Service Corps (NYSC) Trust Fund Bill recently passed by the National Assembly.

Executive Secretary of CESJET, Isaac Ikpa, who made the call Tuesday in Abuja at a media briefing, said the signing into law of the bill would bring economic prosperity to the Nigerian youth.

It is instructive to mention that the provisions of the NYSC-TF are well-intentioned and positioned to address the challenges faced by the teeming youthful population in the country.

“Youth empowerment can curb the rate of poverty to a large extent. One of the keys to empowering the youth is skill development. When youth is equipped with essential skills, they can use them to feed, assist others, and even invest for future use, aiding the nation economically.

Our Defeat In Osun A Test, We Will Change Tactics—APC Chairman, Adamu 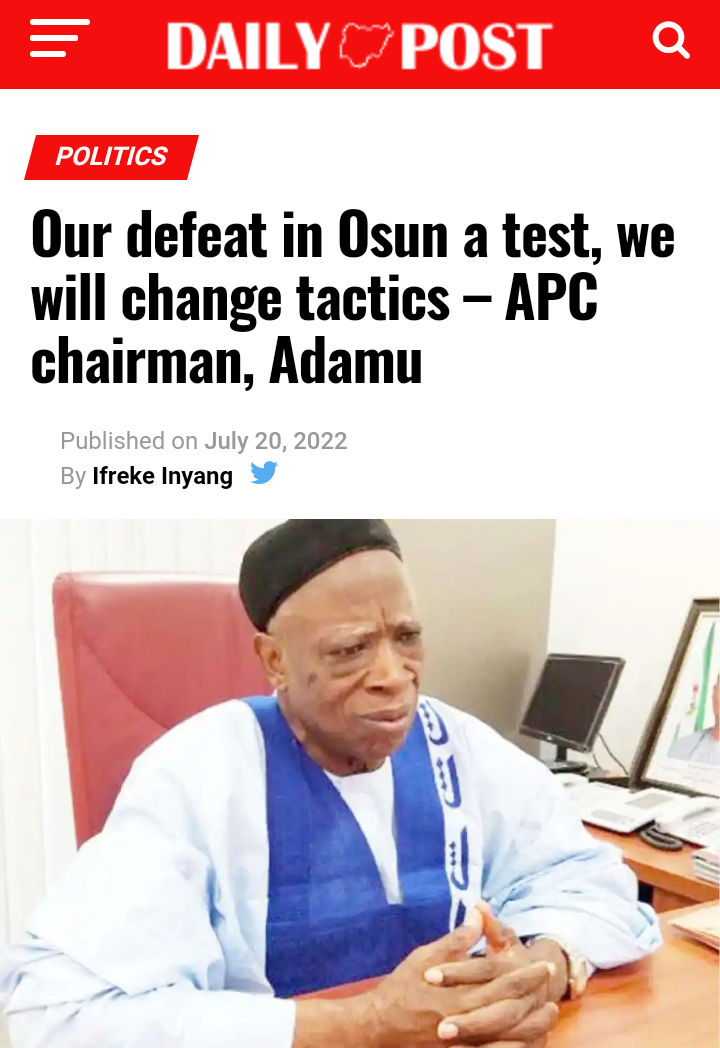 The National Chairman of the All Progressives Congress (APC), Senator Abdullahi Adamu has claimed the party’s loss in the just-concluded Osun governorship election is a divine test from Almighty Allah.

Adamu stated this during an interview with the BBC Hausa Service on Tuesday.

According to him, the APC will now return to the drawing board “and change our tactics”.

“This has shown that we have a big task ahead. We must see what we can do and change our tactics.

“We must look at ourselves, see if what we are doing in this political journey is right.

“What are those things that are not right? What needs to be corrected so that we get what will lead to success in our journey?” He said. 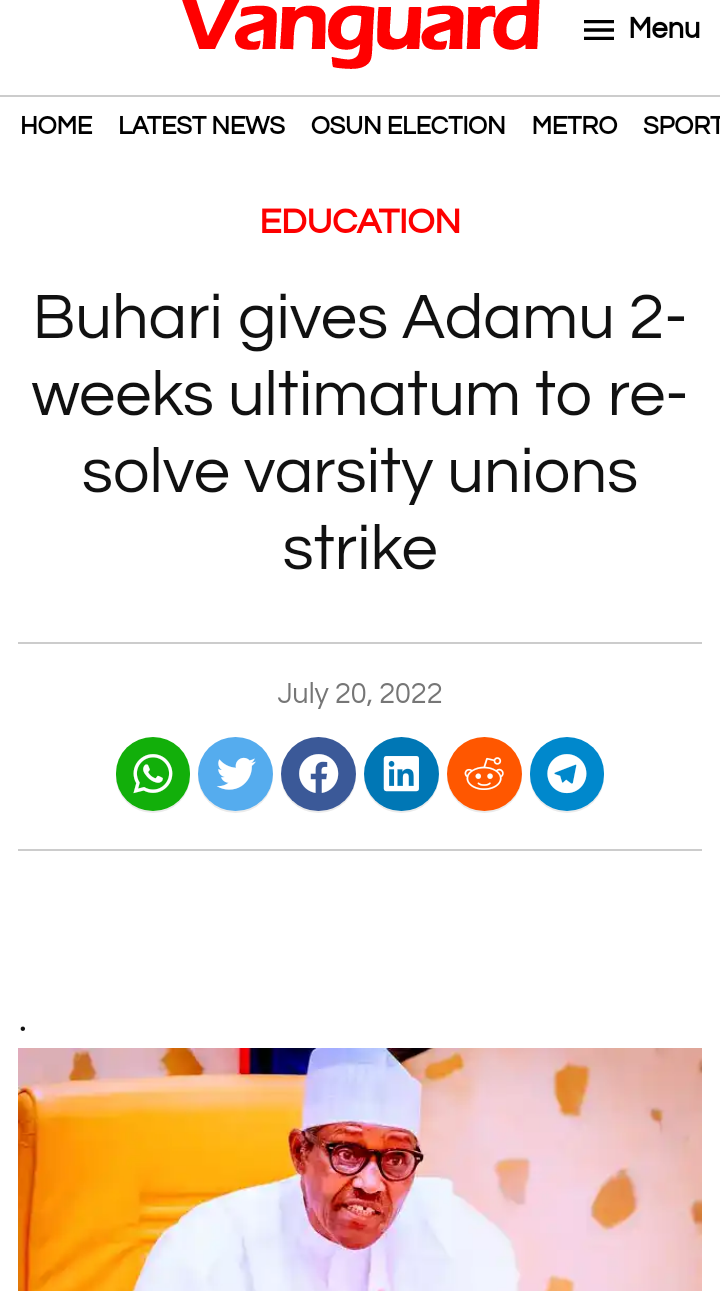 PRESIDENT Muhammadu Buhari yesterday gave the Minister of Education, Mallam Adamu Adamu, two weeks within which to resolve the prolonged strike embarked upon by the four university-based unions and report back to him.

Recall that unions in the aviation and banking sectors had on Monday, threatened to team up with the Nigerian Labour Congress, NLC, in the protest planned for next Tuesday and Wednesday against government’s refusal to resolve the varsity unions’strike.