Students of Community High School, Ijoun, in Yewa North Local Government Area of Ogun State, on Monday, allegedly hired suspected hoodlums to attack and send their teachers away from the school.

The incident occurred barely one week after some students of Unity High School, Kajola, Ibooro, in the same local government also reportedly hired thugs to beat up their teachers. 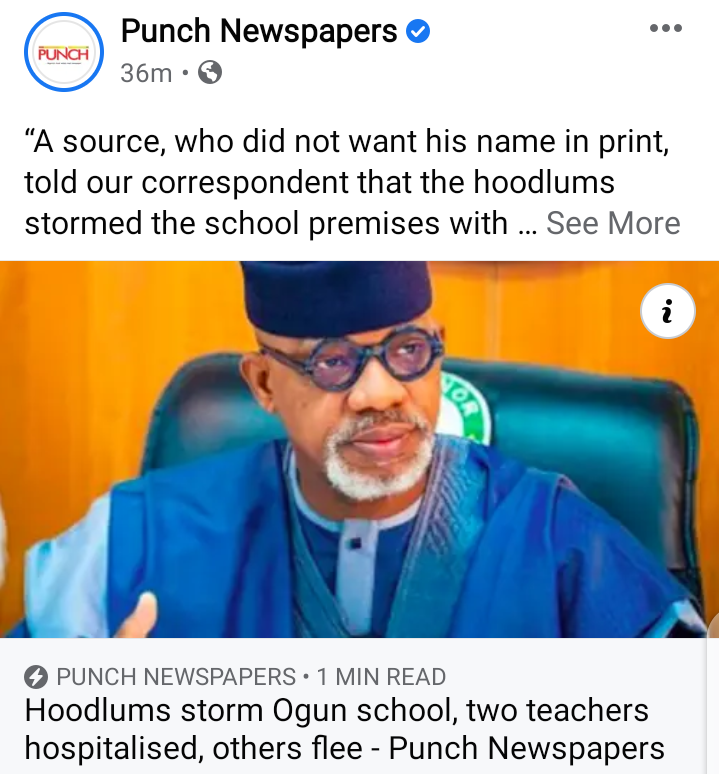 A source, who did not want his name in print, told our correspondent that the hoodlums stormed the school premises with weapons and descended on the teachers, inflicting varying degrees of injury on them.

The source said the attackers invaded the school at about 10.45am on Monday and freely used weapons such as machetes and axes on Messers Stephen Oyelekan and Kayode Olatunji, before fleeing.

The Federal Government through the Ministry of Foreign Affairs has condemned the coup d’etat which took place in Sudan on Monday.

Sudan’s top general earlier on Monday declared a state of emergency, dissolved the leaders of the country’s democratic transition, and announced the formation of a new government. 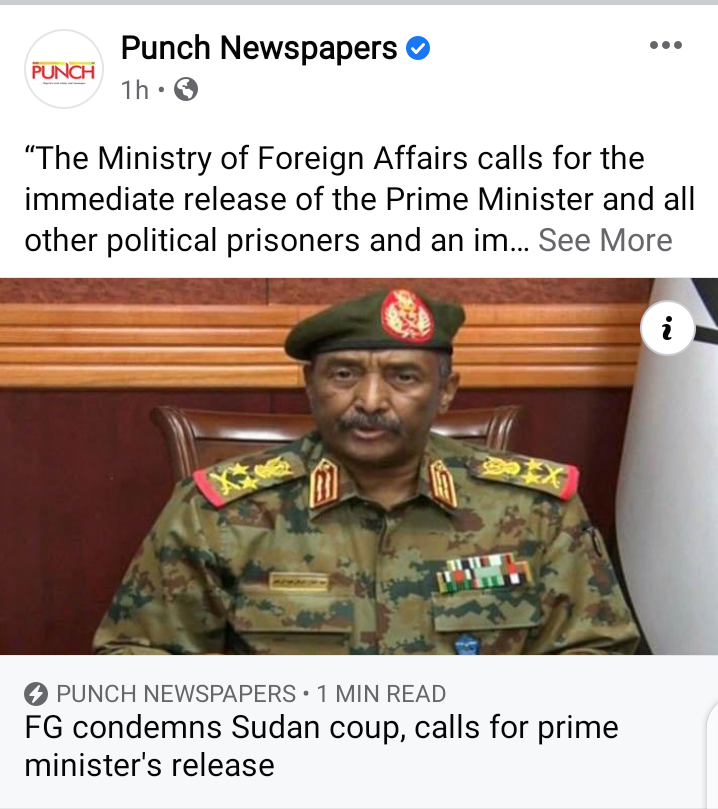 This was followed by soldiers detaining civilians, an action also condemned by the Federal Government in a statement signed by the Spokesperson of the Ministry of Foreign Affairs, Esther Sunsuwa.

The statement read, “The Ministry of Foreign Affairs of the Federal Republic of Nigeria strongly condemns the coup d’etat that has taken place today in Sudan, in which the military has dissolved the civilian component of the transitional government and arrested its leaders.

Governor Yahaya Bello of Kogi State on Monday expressed optimism that he would contest the 2023 presidential election.

He, however, said he would support a female presidential candidate from the All Progressives Congress, if his bid fails.

The governor encouraged women to vie for any position of their choice in the 2023 elections. 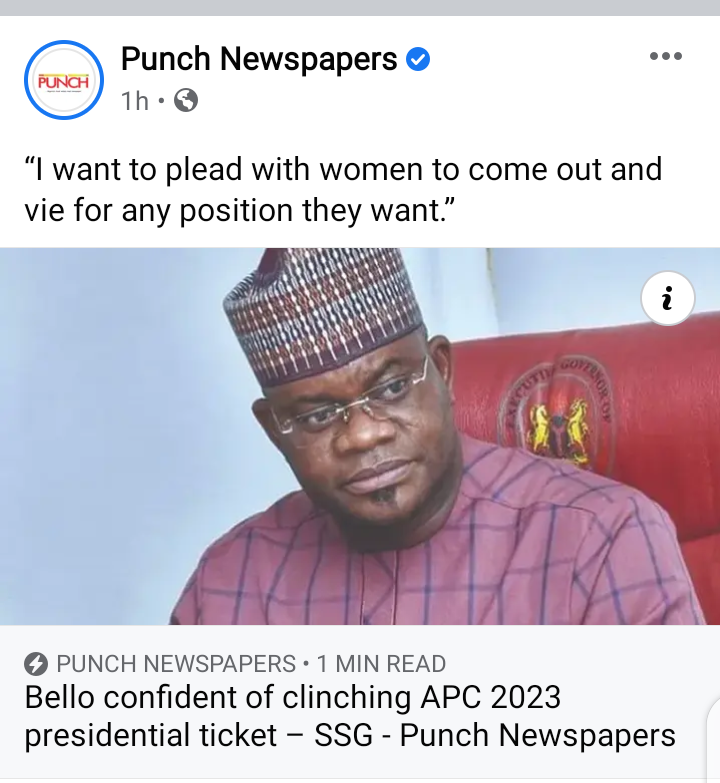 Bello, who was represented by the Secretary to the Kogi State Government, Folashade Ayoade, said this in Abuja during the grand finale of the Nigerian Women Arise for Nigeria awareness campaign where he was honoured with the distinguished ‘Hero of Women Inclusion Award’.

In response to a question on whether Bello would support a female candidate, Ayoade said, “Why not? With the example that he has in Kogi; he has been a strong supporter of women and the governor is all out to support any woman that wants to contest.

The Nigeria Labour Congress Monday rejected the decision of the federal government to make COVID-19 vaccination mandatory for workers.

NLC President Ayuba Wabba, while unveiling the COVID-19 vaccination advisory for federal workers, urged the government to use persuasion rather than force in vaccinating workers and the general populace against COVID-19. 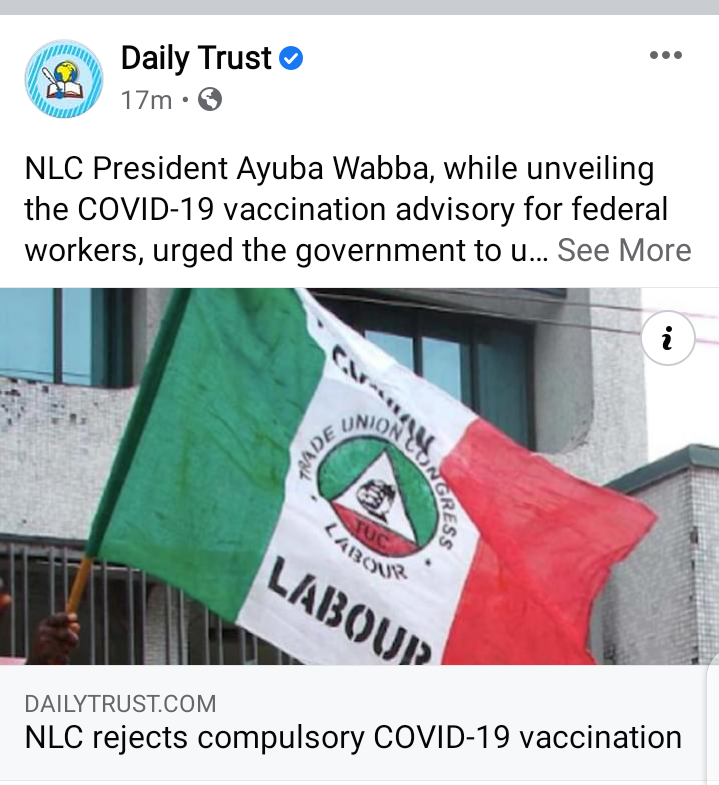 The federal government had said starting from December 1, workers who do not show proof of vaccination and or a negative COVID-19 result would be barred from government offices.

Wabba called on government and other employers of labour to make arrangement for workers to access the vaccine at their workplace.