IBB and the Establishment of Polytechnics Apart from his efforts towards the establishment of universities, Ibrahim Badamasi Babangida (IBB) established a number of polytechnics and institutions that award National Diploma. He also tried to maintain even national spread of the schools. Let us take a glimpse at some of these institutions.

During a state visit to Offa in 1991, IBB who was the head of state announced the establishment of the Federal Polytechnic, Offa. The institution took off in 1992 at its temporary site close to the boundary with Erin Ile. In 2010, the polytechnic began gradual relocation to its permanent site.

Apart from the regular National Diploma (ND) and Higher National Diploma (HND) programs, the school run other courses in affiliation to universities. One of such programs is the Interim Joint Matriculation Board (IJMB) which is moderated by Ahmadu Bello University Zaria. The polytechnic also offer HND top up program in affiliation with Federal University of Oye Ekiti (FUOYE).

This institution of higher learning Was established in February, 1992 by a decree of the Federal Military Government. The Federal Ministry of Education conducted interview for applicants for the position of senior staff I. the polytechnic. On April 13, 1993, academic programs began with the admission of 847 pioneer students of the institution at the site of Old Baptist Teachers College. 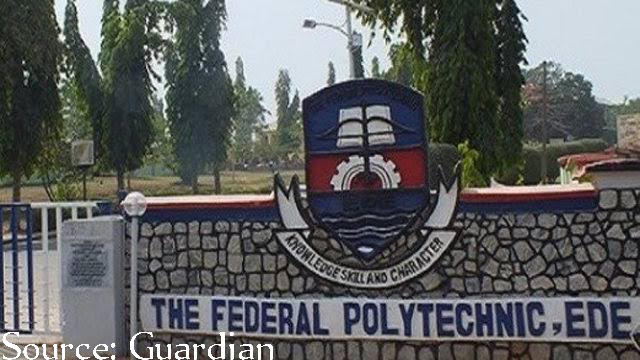 This notable institution was established in May 1993 by the military government of General Ibrahim Babangida. The institution took on a large expanse of land comprising the former location of the,Government College, Damataru and the adjoining Phase II of the Yobe State Government secertariat.

On April, 20, 1994, a task force was set up to oversee the smooth take off of the polytechnic. This task force conducted interviews for prospective members of staff on September 15, 1994. A total of 375 members of staff were subsequently recruited. This is made up of 63 academic/senior staff and 312 junior staff. Academic activities effectively began on the 15th day of September 1994 with the admission of the first set of National Diploma students through the Polytechnics and Colleges of Education Examination (PCE) conducted by the Joint Admissions and Matriculation Board (JAMB). Two hundred and twenty three Pre National Diploma students were admitted at the same time.

Apart from the polytechnics above, his government should also be credited with the establishment, in 1987, of the Federal College of Land Resources Technology, Jos.