The Origin Of Secret Cult In Nigeria

By BhadBoxx (self media writer) | 1 year ago

Secret cult could be traced down to the Egyptians. Their magicians, in their quest for more power, used some occultic devices. They formed a school of thought, which was mostly based on intellectual objectives, which is mainly enhance their occultic prowess. This intellectual ascription to their practice was to give it a modern basis of argument and to give it wider acceptability. For instance, the Rosicrucian Order (AMORC) was believe to be formed by a group of people with the sole purpose of interacting and analyzing and ideas intellectually. They were merely scholars but we're criticized for it's secret activities and meetings, which they strongly deny. 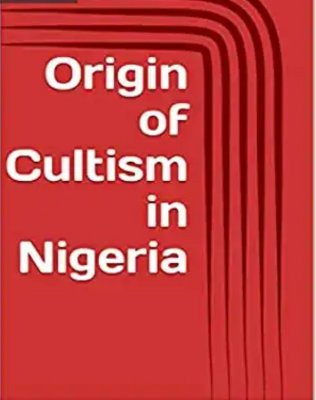 Origin of secret cult in Nigeria

Secret societies have been existing in Nigeria even before the coming of the colonial masters or early colonialism. They were formed by a group of individuals with with the sole purpose of seeking protection from their ancestors by performing rituals. Initiation are conducted for people that want to belong to a particular set of masquerade.

Furthermore. In the late 40s, the higher institutions in Nigeria were not associated with secret societies. The first secret cult in Nigeria came to existence in 1952 when a group of seven students led by professor Wole Soyinka , Olumuyiwa Awe, Ralph Opara.D. Aig-Imokhuede, Tunji Tubi and Olu Agunloye founded the seadogs confranternity (a.k.a. Pyrate) in the university of ibadan. The sole objective of founding this cult was to fight colonialism, ensuring that the dignity of man and to rid the Nigerian society of elitism and tribalism. It's members engaged in humanitarian activities such as donation of blood to hospitals to save lives and presentation of gifts to ophanages, to assist the helpless in the society.

"Everything we did than was healthy, firm harmless and above board" recalled muyiwa Awe, one of the founding fathers. Although they left school for for different locations, they still remain members of the organization.

Twenty years later, the Pyrates confranternity began to change significantly. It began with the breaking away of a faction of the group group known as the Buccaneers confranternity in the campus scene in the year 1972. The rebellion of the Buccaneers was led by a group of thirty led by Dr. Bolaji Carew whose cult name was "Rica Ricardo". He is presently the Supreme eye and Spiritual head of the association. The logo of the Buccaneers reads. "A dog has a Master and that Master is a Lord". This is an open to the Pyrates confranternity. Other slogans of the Buccaneers are "blud for blud''. "Odas is Odas". No price no pay. On the 10th Anniversary of Nigeria (BAN). The Buccaneers (a.k.a. Sea Lords) was soon followed by the Vikings confranternity. "There were general disenchantment with the activities of the first two cults, a spokeman said, "Those who once claimed they stood against oppression later resorted to it as a means of subduing their fellow students who were civilian. So came the three sailors whose aims and objectives were almost the same; whose major difference have remained their "modus operandi" and their chioce of camouflage and logo. While the Sea Dogs took red as their color, the Buccaneers Vikings chose yellow and black respectively. Admission of new members into the into the Sea Dogs was highly restricted at inception. The same became true of the Buccaneers and Vikings. As a result of this, students who for one reason or the other wanted to "belong" but denied started gathering and in most cases ended up with a group of their own. Needless saying that as a group continued to split, their objectives and purpose also metamorphosized from engaging in humanitarian activities to cannibalistic tendencies. Since the 80s, the rate of splitting and disintegration has been rapid such that presently, we have over one hundred (100) different cult groups with fancy names in our higher institution. Some of the cult groups that developed after the monopolistic tendency of the sailors include, Black-axe, Eiye, Mafia, Maphite, Klansman Confranternity, Black Berets, Black Cat, Black cross, Jurist, Black Brassier, etc. But one thing that is common among them all is that they have lost the vision and mission of the founding fathers and have all degenerated to unnecessary rivalry and violence amongst themselves leading to unnecessary Carnage and hair splitting bloodshed in our higher institution.

Content created and supplied by: BhadBoxx (via Opera News )