By Masskz (self media writer) | 9 months ago 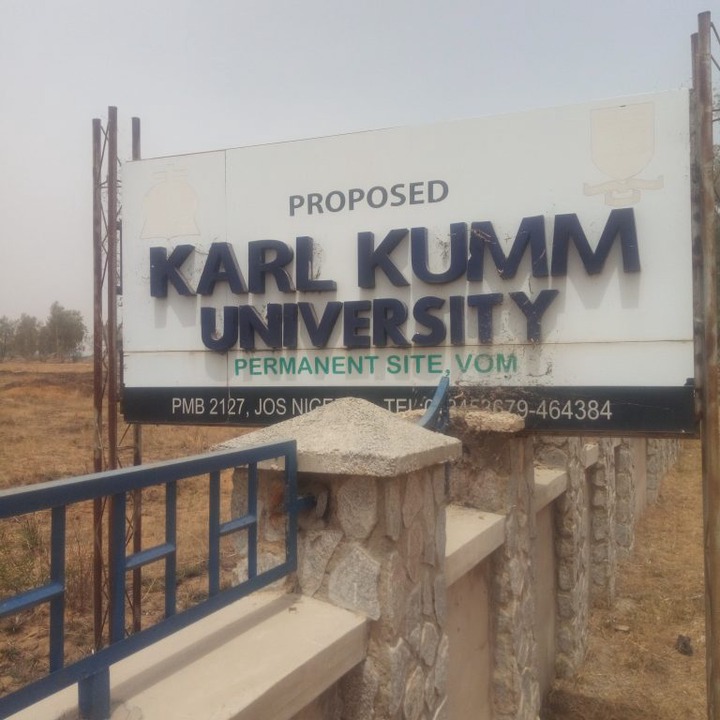 A letter from the NUC, dated 6th August, 2021 was on Saturday delivered to owners of the University - the Church of Christ in Nations (COCIN), the University authorities and the Plateau State Government, the source revealed.

The Light Bearer newspaper, a publication of COCIN had reported that the University, approved in February risks its operational license, due to disagreements with land owners over the appointment of a Registrar. The host community is claiming the position of the Registrar as a right.

Protests started in June after an official announcement of a "native" Registrar, Mr. Daniel Kim was withdrawn following "petitions" from the Nigerian National Universities Commission.

Vice Chancellor of the University, Prof. Nanven Gambo told The Light Bearer; "The NUC representative in the University's Board of Trustee observed after the appointments were announced, that the NUC was still investigating the Registrar. They therefore made it clear that they will therefore not approve of his appointment.

"The BoT was left with no choice but to withhold his appointment letter and investigate the matter. This was for possible appeal but it found that truly he failed to disclose his status as a federal retiree. The relevant laws say you cannot as a federal retiree be appointed to a substantive position.

"Again it was discovered that he had a pending suit with the Plateau State University Bokkos, and all of these were not disclosed before his appointment."

In a press release, the youths said, "The Vwang (host) community donated lands free of charge without any form of percuniary compensations whatever from COCIN (University owners) for the take off KKU sited in Vom.

"The KKU/COCIN then Executives entered a pact reduced as A Memorandum Of Understanding with the Vwang community, as condition precedent for the establishment of the citadel of learning in Vom, which entails community social development programs geared towards rendering succor to the host community.

"It's with utmost dismay, and is regretably lugubrious to assert that, COCIN in collaboration with KKU management BoT have wittily schemed out if not relegated Vwang community, and by extension, the Berom Nation from enjoying the terms and conditions contained therein in the pact thereof. And whereas have refused to respect such an MOU of that magnitude, which poses ostensibly inimical dangers to the peace and tranquility of COCIN as a Church and smooth take off of KKU Vom. We see perpetrators of this unwittingly unwise actions as enemies of progress and merchants of crisis."

"Vwang as a host community to the KKU has contributed alot, with materials worth millions of Naira, in kind and cash donations of computers through one eminent son of the soil. That worth commendable appreciations from management of KKU and COCIN. However, the reverse is the case where unscrupulous few out of greed and envy have turned against fighting the hands that fed them lavishly."

A memorandum of understanding signed on 5 Nov. 2007 between Vwang community and Church of Christ in Nations (COCIN) "for the gift of land" for the siting of the University, partly says, on the appointment of principal officers; "any person qualified from the host community will be considered on merit."

However, rejecting Mr. Kim, a native of Fan District in Barkin Ladi Local Government Area, the protesting locals said is "broad day robbery and injustice" on his tribe. But the University, Vice Chancellor Gambo said intends to reflect the "diversity" of COCIN, an international Church.

"In the first place, the University is an institution and no one person or group has the right to impose decisions on it. Such decisions even when taken by its various organs cannot be seen to favour a particular group. There are laid down rules, which are universal, and cannot be breached by a Church that is diverse and international in make-up," Gambo said.

A mediation committee was set up by COCIN to negotiate with the community. But a resource verification exercise intended by regulatory Officials to start academic academic activities in the University has been halted for weeks. The protestors had locked the entrance of the University, allegedly threatening anyone going in.

The suspension if unsolved might create job losses for members of the host community who constitute 70% of junior employees in the University, as well as artisans working on its construction sites.