To every student, do this very things In support to yourself and parents.

By Sammyde (self media writer) | 2 years ago

As a student, you ought to have something doing with your studying. Even though, it may be a little difficult to handle two things at a time. But, this is very reason, why you are called a student. To possessed the ability to work two or more things together. 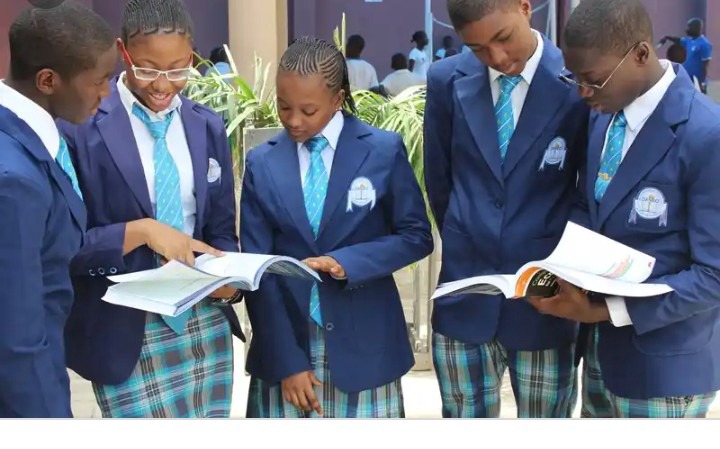 As a student, not everybody comes from a rich home. averagely, of students in both state and federal institution are from poor background. Which they're struggling with their daily livings.

This is not little or limit, to people from the poor background; but also to the people from rich home too. Because the riches of a parent can't be rely on.

Someone have to work his/her own career; because the parents works for their own success. The riches of a parents, is only for the comfort of such a child. Not of something that one can rely on or something that'll give a self build up.

As the life be, anything tends to changes as change is constant. People from rich home has to work, something for themselves. Because a rich one today, may turn to be poor tomorrow. This is not a bad talks, or a curse; but the sense for everyone, to have something to help a parents and support for a self.

So, for everyone both people from poor background, and rich background. Should have something to do while in school to help their careers; whenever they are out of their various institutions.

There are lots of work to do if its hard for anyone out there to think of what to do.

Don't be lazy, is the major course in any of institution. You might not see it in your course form anyways, but it is all time something to learn as a student.

Here are what you can do or learn to do:

Lets first start from something to do as a student:

1. Beans cake: this is the act of turning beans to a cake. I know beans is not a thing no one do not know. It is simple to do as you know how to fried it. It doesn't take any month or year to know but in few hours; if to say of a person do not know how to do it before, In few minutes if you want to know how to do it you'll get it. Beans cake, is a thing any person as a student can do to makes money. It can be starting at evening time after school hours, or early morning before School hours. Doing this, before you know it you'll be the one to be paying your tuitions fee.

2. Selling of Palm oil: this is another thing to venture in as a student. It doesn't take much money to start as you can start from as little as five thousand naira and the gains will reach your pocket. You can sell it anywhere at the market square or even in the street you resides. This won't even take your time at all.

More of things to think as to do in support of a self and to parents.

So from here I think I have helped for anyone to have something to think of doing during a time as a student.

Here is something one could learn to do:

This is just because of the current situation in the country. About hard times in seeking job, once a person already have a work learnt. Then it'll be of easy, to have a place to start a self careers; after graduating which won't be hard, as long as this has been learnt; to ease the long times of seeking jobs.

1. Accessories repairs: this is something you can learn to do, during a life as a student. And before you finish your time in learning it. You would have been getting your money; and to which, if you have a nice boss during your time of learning, money will be giving to you. This can only take a year to learn it and become expert. 2. Barbing: this is a work, you can learn during the time of being a student. After school hours like evening time, or during holidays. A person can be going to learn it. It doesn't disturb the studyings, and there you will be getting as little as anything that can buys you a drink daily; before you turn to be a self boss. Well this can take a year or more depends on the place of learning it. But will rest you assured; that you can be self employed after graduating. 3. Shoe making: this is very good work to learn, as a student. Huge money can be made from this works. Even you can leave your certificate somewhere after graduating. This may take a year to becomes an expert in making it.

but before some month, a person can be generating money from this; even from friends in the school. By building shoes, sandals, and other types of foot wears, for them in charges which he/she can be getting own share from the boss. if to say the person hasn't be an expert, but to say a person have become an expert, such person would be getting all the money, from friends to himself/herself alone. Well, for the people from rich background; whom might not like to low themselves, in learning work. There's plenty of things they can invest their money on.

Content created and supplied by: Sammyde (via Opera News )