By WaterNewsGo (self media writer) | 15 days ago

Governor Nasir El-Rufai of Kaduna State has threatened to sack all the Kaduna State University (KASU) lecturers if they continue to observe the Academic Staff Union of Universities (ASUU) strike. 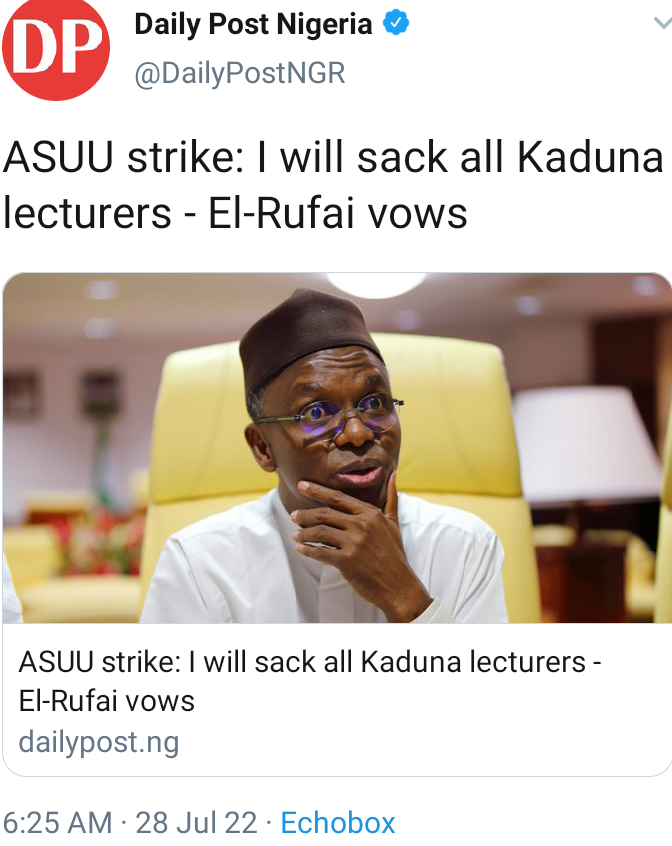 DAILY POST reports that ASUU has been on strike since February over the failure of the federal government to meet its demands.

Many attempts by the government to make the lecturers return to the classrooms have not yielded results as of today.

Just on Monday, labour unions commenced solidarity protests in some parts of the country with ASUU. 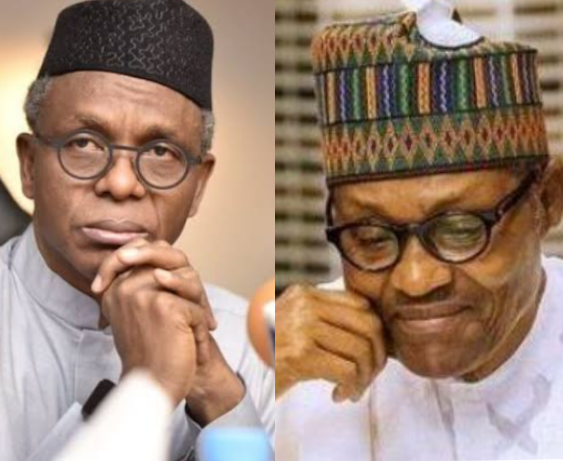 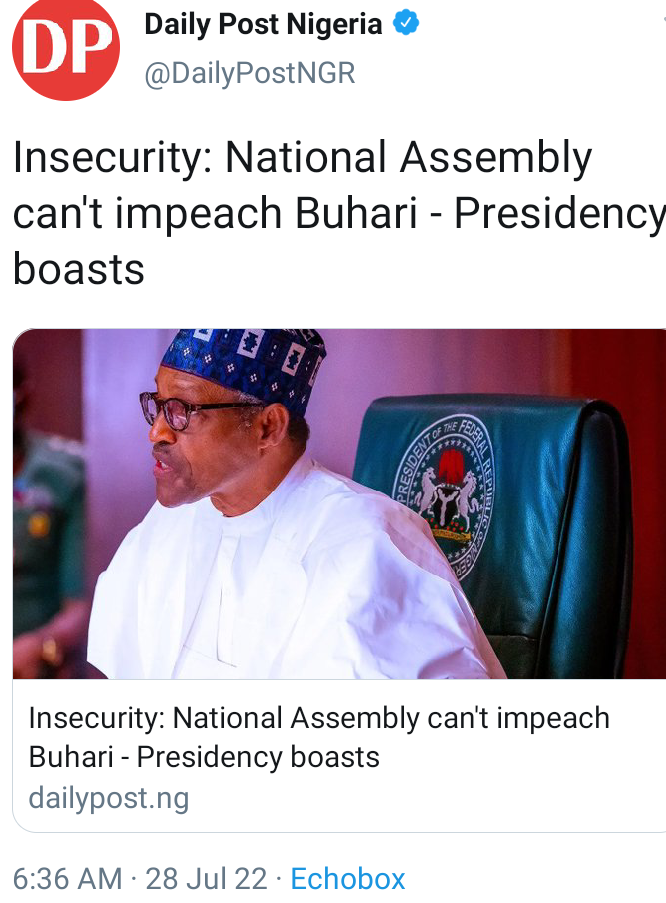 The Nigerian Air Force on Wednesday disclosed plans to establish an aviation city in Osun State while it formally took possession of the MKO Abiola Airport, Ido-Osun, Osun State. 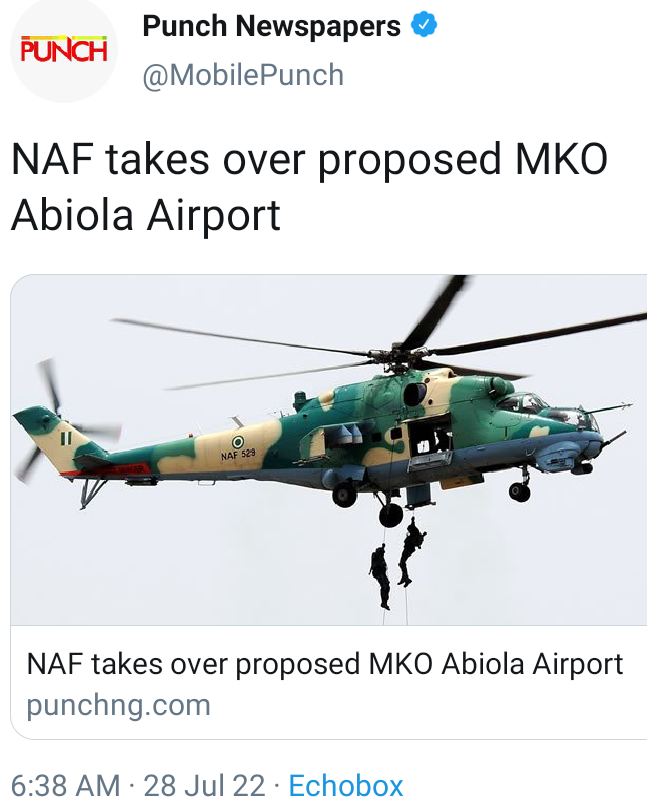 Speaking at the handover ceremony in Osogbo, the Osun State capital, the Chief of Air Staff, Air Marshal Oladayo Amao, who was represented by Air Vice Marshal, M. Onilede, recalled that NAF had earlier relocated its Research and Development Centre from Kaduna to Osogbo.

According to him, the aviation city will be established in addition to the existing NAF Institute of Safety and Special Operation at Ipetu-Ijesa, Osun State.

The World Igbo Congress, WIC, has proposed that the Imo State House of Assembly should commence impeachment proceedings against Governor Hope Uzodimma for his alleged complexity in the killing of 14 young men at Awomama in Oru East local government area on July 17, 2022. 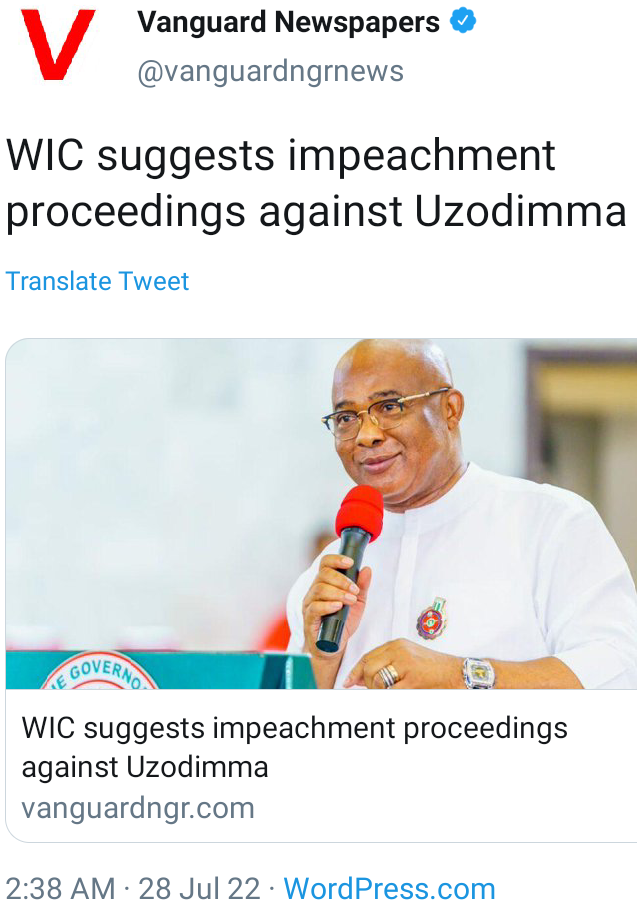 WIC threatened that should the House of Assembly members fail to commence the impeachment proceedings on Uzodimma, they will ask the lawmakers’ constituents to commence their recall from the Assembly, separately and jointly. 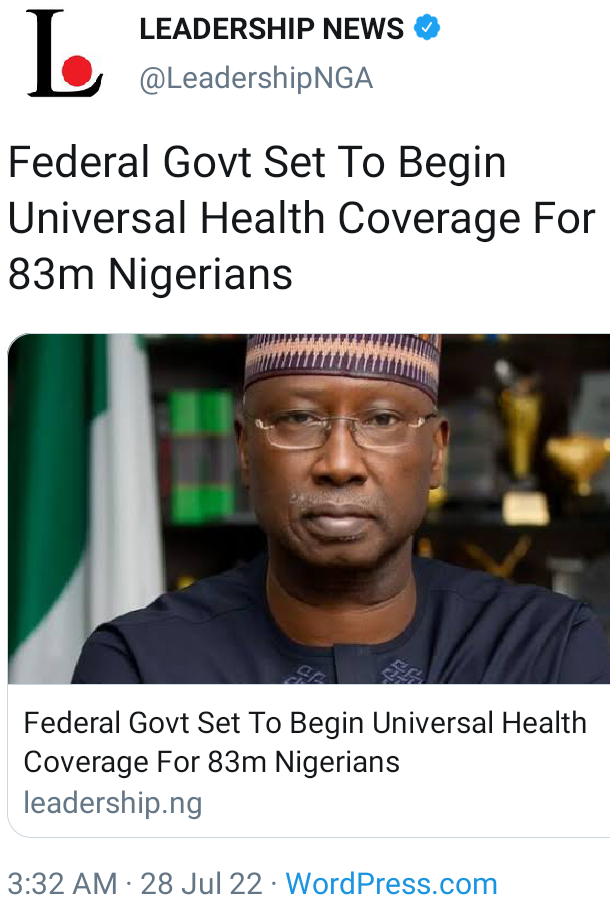 The secretary to the government of the federation (SGF), Boss Mustapha, made the disclosure when the delegation from World Health Organisation (WHO) led by its country representative, Dr Walter Mulombo Kazadi alongside the executive secretary, National Health Insurance Authority (NHIA), Prof Mohammed Nasir Sambo, paid him a courtesy visit in his office.