By Debiclaz (self media writer) | 8 days ago 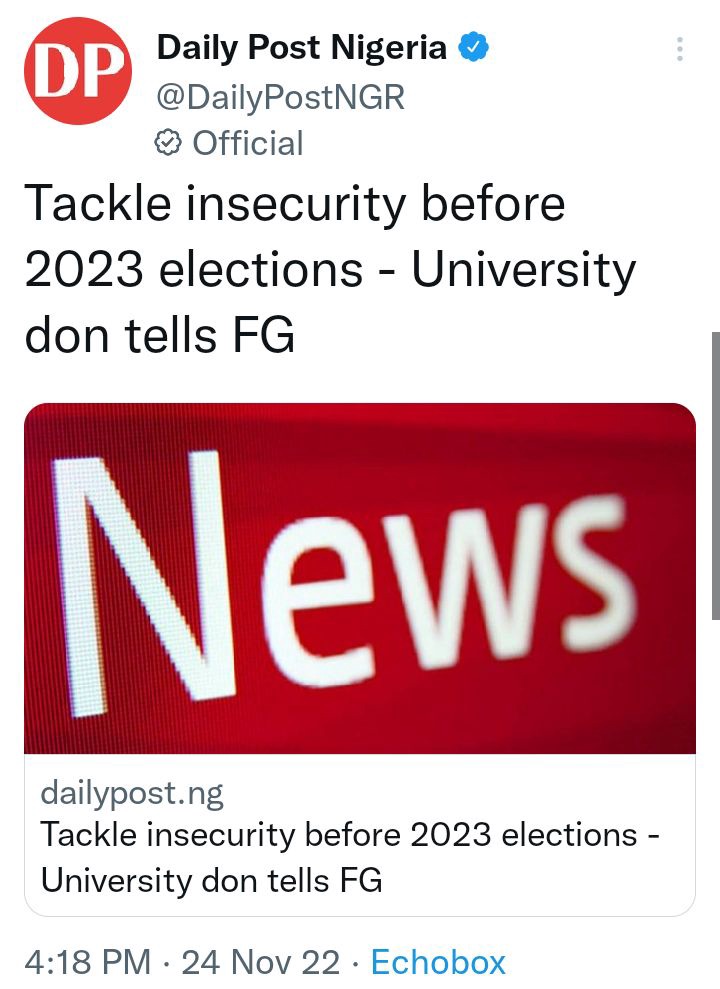 A former lecturer at the Department of Conflict, Peace and Strategic Studies, Nigeria Defence Academy (NDA), Professor Kayode Abiodun, in Kaduna on Saturday, said the 2023 general elections would collapse if government failed to tackle the insecurity bedevilling the country.

Professor Abiodun while speaking to journalists in Kaduna, noted that unless the security agents continue to dislodge bandits, terrorists and several criminals operating across the country, elections of political leaders into various offices come 2023, would not achieve desired results. PDP Not For One Part Of Nigeria - Ayu 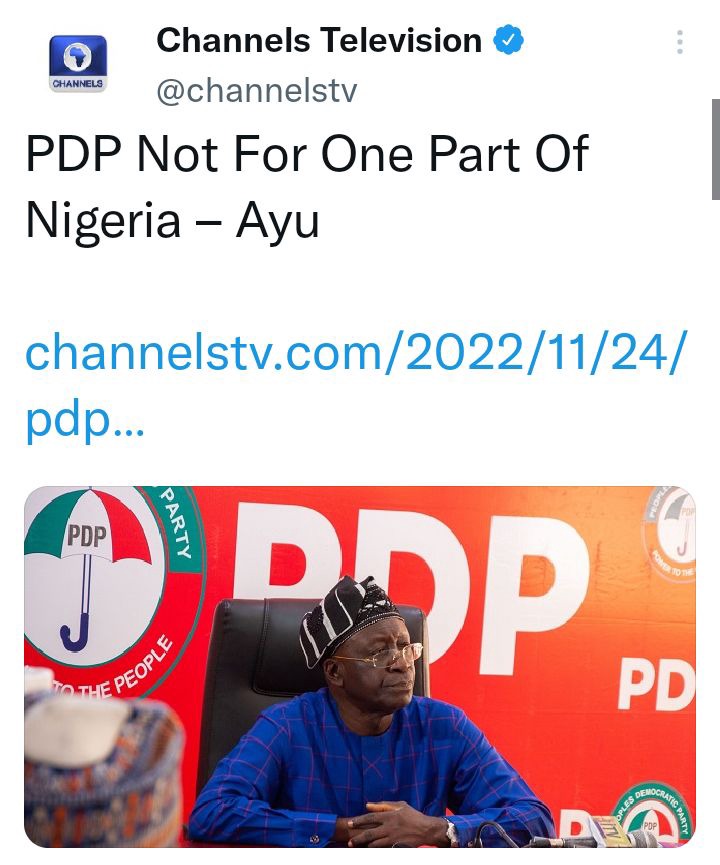 Amid the crisis rocking the Peoples Democratic Party (PDP), the party’s National Chairman, Iyorchia Ayu has said the PDP is not for only one section of Nigeria but the whole country.

He stated this on Thursday when he addressed a large crowd of supporters of the party at the Ilorin Metropolitan Square In Kwara State during the presidential campaign for Atiku Abubakar.

“Let me tell you that PDP is one big united family which includes all the whole of Kwara State. We are on our way back to victory. 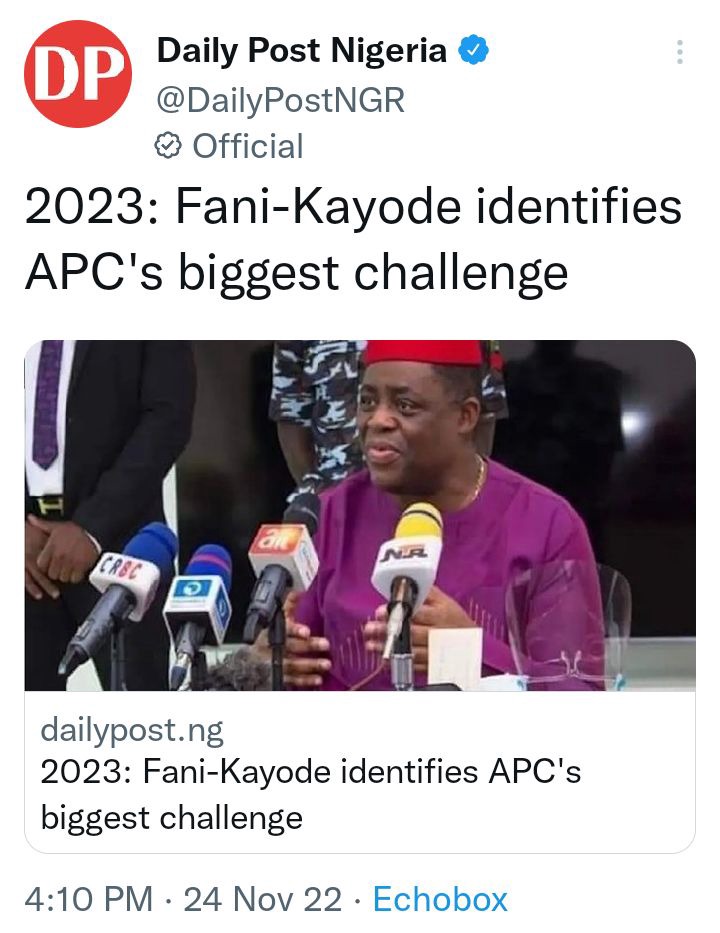 A chieftain of the All Progressives Congress, APC, Femi Fani-Kayode, has identified the biggest challenge the party will face in 2023.

Fani-Kayode identified complacency as the biggest challenge the APC would face in 2023.

The APC Presidential Campaign Council spokesperson disclosed this in his latest article. 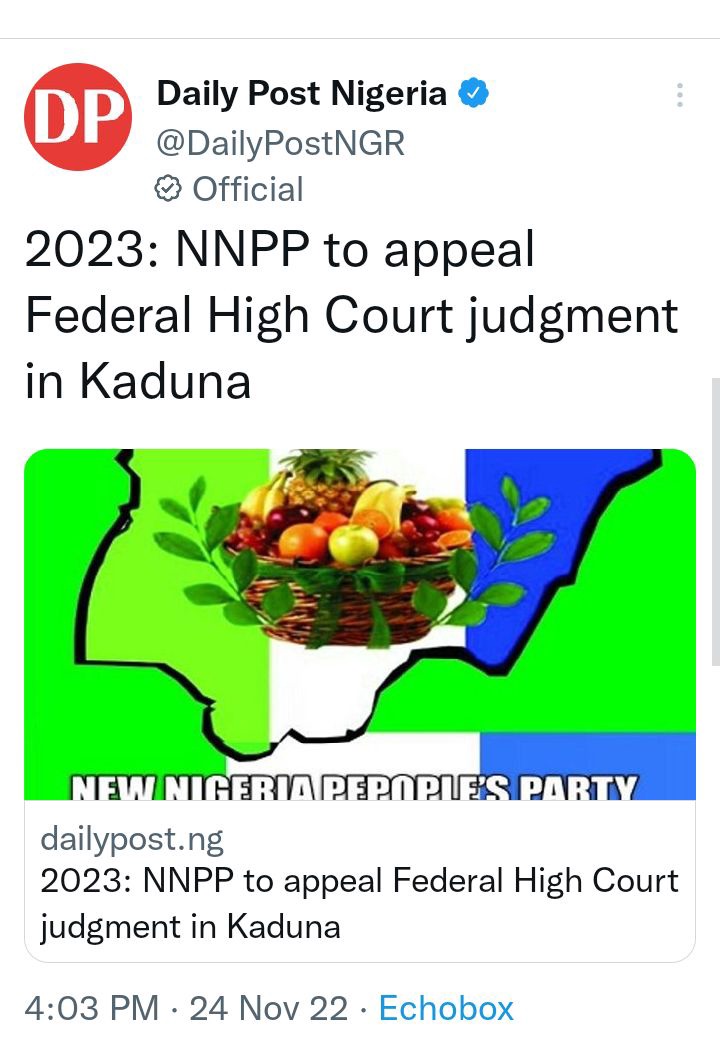 The New Nigeria Peoples Party (NNPP) will file an appeal at the Federal Appeal Court to challenge the action, activity and decision of the INEC in preparations for the 2023 general elections.

The suit (No. FHC/KD/CS/116/2022) was earlier dismissed by the Federal High Court, Kaduna Judicial Division on 22nd November 2022 on the ground that the suit was statute-barred, as according to the court, the suit was challenging the erstwhile ward congresses for the election of delegates and primary elections of the APC conducted in April and May 2022 respectively. 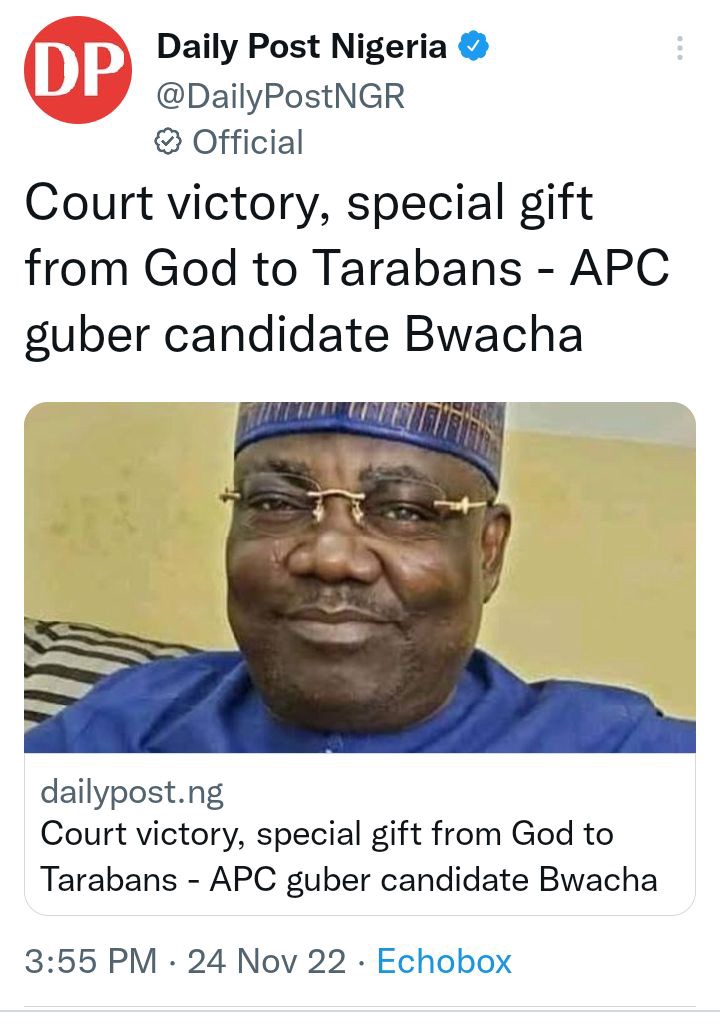 The reinstated governorship candidate of the All Progressive Congress (APC) for Taraba State, Senator Emmanuel Bwacha, has described his victory as a special gift from God to “Taraba State.”

This he made known on Thursday in Jalingo, the state capital while reacting to the Appeal Court ruling that declared him as the authentic winner of the governorship primary of the APC in the state. 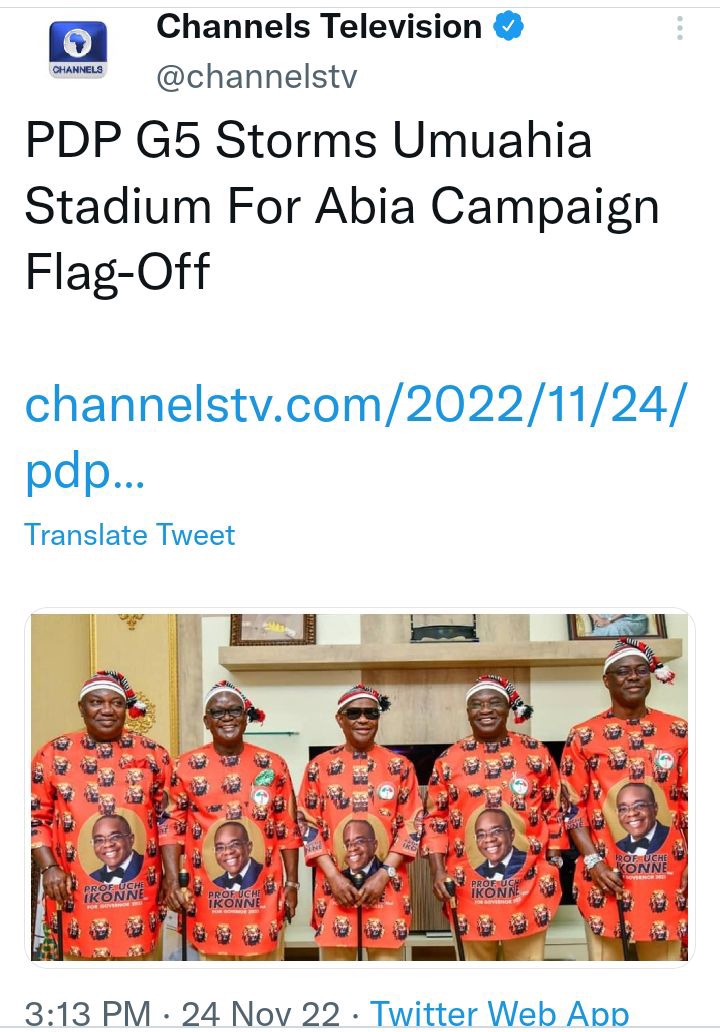 Five aggrieved governors of the Peoples Democratic Party (PDP) on Thursday, stormed the Umuahia Township Stadium for the 2023 campaign flag-off of the party in the state.

Known as the G5 or the Integrity Group, the five governed were clad in Isiagu clothes and caps with bold imprints of the photo of PDP governorship candidate in Abia, Uche Ikonne.

Content created and supplied by: Debiclaz (via Opera News )