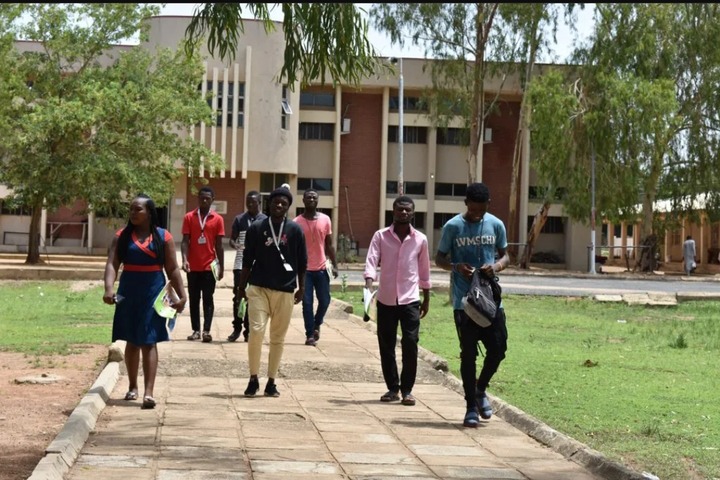 Federal Polytechnic in Bauchi has fired two of its lecturers who were found guilty of molesting two students.

A statement released on Sunday said this was the decision of the institution's 98th board meeting on Saturday, led by its Chairman, Isaac Ogbobula.

PUNCH Metro has learned that a human rights organisation, Prison Inmate Development, alleged in a letter of complaint to the Attorney General and Justice Commissioner that the Polytechnic administration was covering up Baba despite allegations of rape of a student.

But in an interview with reporters at the end of the board meeting, Rector Sanusi Gumau denied the allegation.

Flanked by the chairman and board members, Gumau said when the victim wrote to management about the incident, Baba was questioned when a panel was set up to investigate him.

He said, “I warmly welcome you to witness the final verdict on all that has made waves in the media on the subject of our staff member who was reported to have been involved in an alleged rape, Abubakar Musa Baba.

“But what surprises me the most is that only his name is mentioned. The other lecturer's name was silent in the media; I don't know the reason or the logic behind it.

“This issue of Musa Baba was published on August 3, 2021. The current rule of the Polytechnic is that the complainant should write if a problem of this magnitude arises. And as soon as she wrote, the registrar was at my house that evening with her HOD.

“I ordered the staff member to be questioned, which was the next course of action was according to the current regulations of our institution, as envisaged by the Federal Government. However, when their response was unsatisfactory, we set up a committee to examine this matter thoroughly until it was logical to conclude."

He added that after the committee presented its report and followed other processes, the board approved Baba's dismissal from the institution.

Gumau noted that the second lecturer, Sunday, was also dismissed for a similar offense.

The rector said the dismissal letters of the erring lecturers would be handed over to the police and the Department of State Service, which was assisting the institution with the cases.

Gumau noted that the students were found guilty by the institution's academic council, which reported the matter to the governing council.