By Kazeemnation (self meida writer) | 1 months

Nigeria, Ghana, Sierra Leone, The Gambia and Liberia, and it was established in the year 1952. 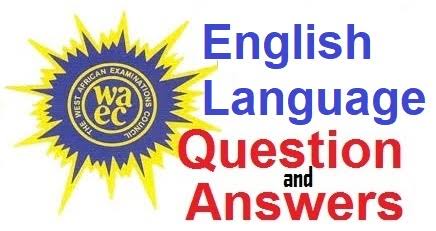 The main purpose of putting up this articles is to help the exam takers, to know what they need in order to make good result most especially in English language.

I chose this subject particularly because many students are out there having good grades in other subjects except English language and all those other courses are rendered useless if one is not having english and it's compulsory to both students in sciences and Arts/commercial field. 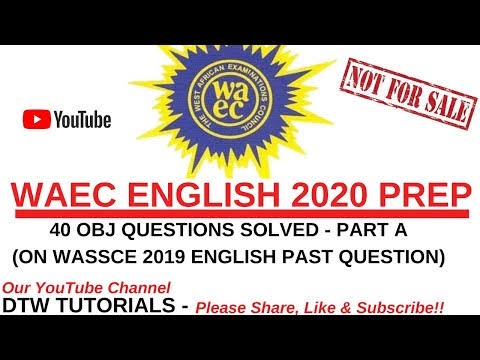 Firstly, you need to know that waec usually set 80 questions in their no 1, objective test, which comprises;

1. most "nearly opposite" part: just like it's look, it means we should look for the one that look like an opposite word to the underlined ones.

2. "Most appropriate" part : this part looks easy because if the statement or the question is properly interpreted, the answer won't be so hard to find. For example, "can you imagine Oka behaving as if he has all the knowledge in the world? This mean that oka____ a. Doesn't really know everything b. Know so much more than we think. C. Is admired by everybody d. respects other people. If you look at it very well you will see that option (a) is the best answer to that question. 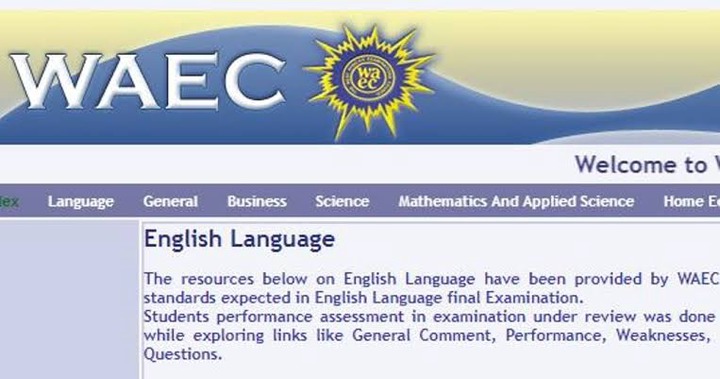 Quickly try this methods in solving this nearest in meaning issue:.

(i). Sentence/context clues: This is done by figuring out the meaning of the word by looking at how it's been used in that sentence, sometimes to get the meaning of the words we need, all we have to do is to look at other words/phrases surrounding it, either before the actual word of after it. Example; The old woman is cantankerous, little wonder she could not live with other neighbours. (a) care free (b) laconic (c) naive (d) bad tempered. Answer: looking at where cantankerous is, we can get the meaning of cantankerous by simply considering the word surrounding it such as "she couldn't live other neighbours". The next thing to do is to ask ourselves "why could she not live with other neighbours? what behavior does she has that's making neighbours to stay away from her, after asking these questions we should be able to point out the correct answer which is "bad tempered".

(ii). Sounding: This method is only useful when we have words we've come across before. To remember the meaning, all we have to do is to sound the word repeatedly. This helps in refreshing our minds with the meaning of that exact word. For example, if we have come across the word "implementation" in an exam, if we think that we have heard such word before, by sounding/pronouncing it repeatedly we might remember the meaning of the word and maybe solve the question. Although this method depends on whether we have heard or come across such word before.

4. "Best completes" part: This part is the simplest part as exam takers will just choose the best option that complete it.

5. "Most suitable" part: this part is called fill-in the gaps part as the exam takers will be putting the most suitable word in the gap.

This part is all about writing articles or letters and stories

In this section, exam takers are expected to read the comprehension passage well and answer all the questions that follows.

This is the last section and the exam takers are expected to read and summarize everything that happen in the passage.

This all for today, I will be posting on "words often misused" and "phrasal verbs and idiomatic expressions" tomorrow. Thanks for your audience, follow up for more on English language related issues...

Content created and supplied by: Kazeemnation (via Opera News )