After I Sponsored Her University Education, Look At How She Paid Me Back (Fiction)

After I sponsored her University Education, Look at what she paid me back with

Please pay attention to this painful story I am about to tell, you will learn a lot from it. 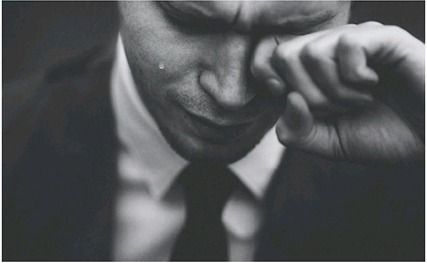 When my father told me that “it is only a very strong and matured man can handle a relationship”, I did not understand what he said, I didn’t draw any meaning from his words at that time, but now, is like I am beginning to understand everything. I have come to understand that love is wicked, that it is only a man with strong heart can love.

My name is Kingsley from Abrirba in Abia state. I am the second son in my family, a family of 3 boys and two girls. My father was a police officer, he did the job until in 2009, when he died during a night operation in Aba. As for my mother, she is still alive, even though not hale and hearty due to complications from diabetes, she still manages to do the little things she can do. Having been born in a poor family, my childhood was not an ideal one, but thank goodness I managed to finish my secondary school education.

After I finished my 5-year apprenticeship in electronics business, I started my own shop at industrial city of Aba, and along the line, I met this girl name Cynthia. Even though I am not the type of guy that have much interest in girls, Cynthia cut my attention with ease. I wouldn’t say that it was love at first sight, but on that special day I saw her, everything I knew about women changed instantly.

Her mother owns a grocery shop not too far from my workshop, so anytime Cynthia want to go to her mother’s shop, she must pass through my shop. As a girl with so much beautiful, always charming, with this kind of brown skin any man we die for, I was so much admiring her. One thing led to another, and we started talking. From always talking about jokes, we entered into some serious talks. If you ask me how we started dating, I may not have a good answer, but one thing I sensed is that both of us loved each.

From one of our discussions, I came to know of her intense desire to study in the university. In every discussion we had during that time, she must always talk about education, that she wanted to become a nurse. As the day passes by, I became a lot closer with her parents and siblings, and from the way they react anytime they see me, it seemed that they so much wanted to have me in their family.

Despite the fact that It has not even reached 2 years since I opened my own shop, I gathered momentum, and began sponsoring her University Education. During the year she wrote her jamb, I was the one that paid everything. Starting from Jamb registration fee, to post utme. When all this was going on, Cynthia was very happy, she even told me that she must marry me, that if she doesn’t marry me, let her die. I believed her, I trusted her, I also loved her. I made sure that there is nothing that will make her not to graduate in time. There was once a time I borrowed #60,000 from my best friend, just to make sure her tuition fee was paid on time. During that time, even though that Network in Abia state University used to be bad, I still made sure that I communicate with her every night.

After she finished her 5-year nursing program, she went ahead to complete her National Youth Service Corps (NYSC). Even though she has started earning money through government monthly allowance, I was still sending her #7000 every week, just to make sure that she was okay. If I begin to calculate how much I spent for her education, I am sure that it must pass 9 hundred thousand naira. I did it because I loved her, I did it to show her how much I care about her, to show her I am capable of taking care of her.

She returned back to Aba in March just before coronavirus lockdown was imposed. After all the celebrations her family organised for her, I still made sure I organised my own, I organised it in a very special way, so that I will celebrate the woman I love. After that, we became more intimate , and marriage looked more likely.

On Thursday last two weeks, I received a message from her telling me that it is over between us. At first, I thought I was dreaming not until everything became clear to me. “what is she thinking”, “is she okay? “, that was the questions that was revolving in my mind. “No, it is not possible, it cannot be Cynthia, maybe the message was from somewhere else” that was what I told myself.

When I finally went to her house, that was when everything ended. She gave me the insult of my life, and even her mother joined too. “who do you think you’re”, “you are not even my class, so shift let me pass”, those are the insults she gave to me. I was boiled and hurt so much that I didn’t know when I slapped her. Cynthia had the audacity to slap me back, the girl I helped so much. I am the one that made her a graduate, I am the one that did everything for her, yet she chose to pay good with evil.

They said love is sweet, love is wonderful, but I trusted it and it betrayed me. I will never love again!

What do you think I should do?