Housing and Crowding: How it affects children from an early stage

The housing and crowding have a lot of effects on the wellbeing of children as has been proved by various researches. A house is a building that functions as a home. The home is where the majority of children’s socialization, skill development, and identify formation occurs. The effect of housing and crowding on the wellbeing of children is a topic relative to its setting because the housing determines the crowding and the crowding has its effect on the child’s whole life. 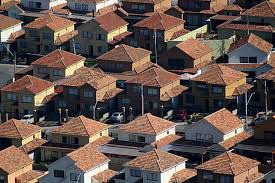 Most research on the effects of crowding is based on adults, whose characteristics, including health, socioeconomic status, educational attainment, labor force participation, homeownership, etc. are a function of both current and past experiences in the home, workplace, and elsewhere (Evans 2003; Newman 2008). Yet children, on whom little crowding research has been done, are particularly dependent on and influenced by their home environments. These processes can be disrupted if the home environment is strained by overcrowding. Although the more immediate home environment has garnered less attention, the dwelling unit or home may affect the lives of individuals in important ways. Families affect children more strongly than neighbors because they are physically and socially closer and more homogeneous. Individuals are socialized within the home to learn roles and relate to others. Individuals eat, sleep, work, and seek privacy in the home (Foley 1980). As a result, the physical characteristics of dwelling units generally, and their degree of crowding in particular, may be an important mechanism for explaining differences in child wellbeing across socioeconomic statuses. These differences in wellbeing can persist throughout the life-course and lead to intergenerational social stratification (Conley 2001). Living in a crowded home may affect a child’s wellbeing in a variety of ways. The lack of a comfortable, quiet space can lead children to have difficulties studying and reading, affecting their school performance. When space is scarce, different schedules held by household members may disturb children’s sleep. The lack of productive sleep can lead to difficulty concentrating during the day and negatively affect mood and behavior. Children in crowded housing have a higher probability of catching illnesses, which can interfere with their daily routine and interrupt their schooling (Edwards et al. 1994; Saegert and Evans 2003). Children raised in crowded homes may take their educational, behavioral, and physical health disadvantages with them throughout their lives. Their poor performance in school decreases their chances to access higher education and socioeconomic attainment. Behavioral problems can lead to difficulties interacting with others. Negative interactions with teachers, parents, and peers during childhood, can lead to future challenges in forming personal and professional networks in adulthood. Physical health problems can interrupt children's daily routines and keep them behind their peers in school and later in the workforce. Ultimately, children growing up in crowded homes are more likely than others to find themselves in a similar situation as their parents, contributing to the intergenerational transmission of social inequality (Leventhal and Newman 2010). The evidence on the long-term impact of poor housing on children’s health is mixed and can be hard to interpret. There is, however, evidence of a direct link between housing conditions in childhood and later health problems, or even death, in some population cohort studies. 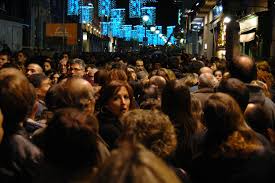