Nigerians Appreciate Ogun State Governor Dapo Abiodun, See What He Did That Made Them Do So

By Prechdaklins (self meida writer) | 21 days

For quite a long period of time now, most state governments have found it difficult to reward the academic excellence of some of their citizens when they should have done so on several occasions. But, the executive governor of Ogun state, Dapo Abiodun decided to change the narrative as a result of what he did for the best graduating student of LASU in the 2018/2019 academic session. According to a report made online by instablog9ja, governor Dapo Abiodun gave the best graduating student of Lagos State University (LASU) the sum of N2 million as well as a two bedroom bungalow apartment for breaking the university's 37-year old record of highest CGPA obtained by any graduating student of the school. 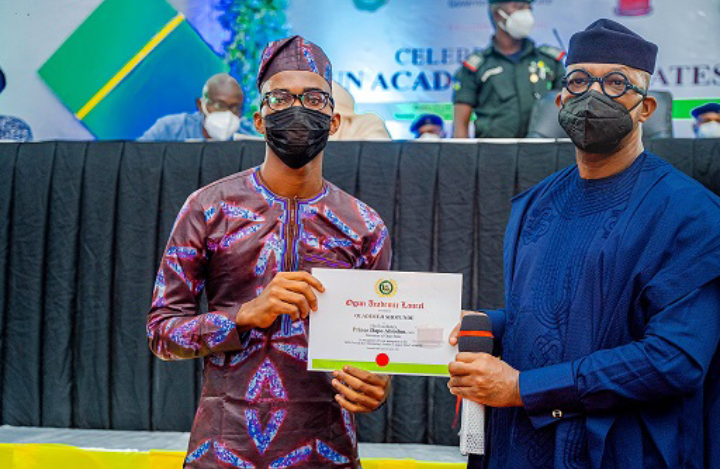 The young man who was identified as Oladimeji Shotunde, an indigene of Ogun state graduated with a 4.95 CGPA which happens to be the highest ever attained CGPA in the university's history. 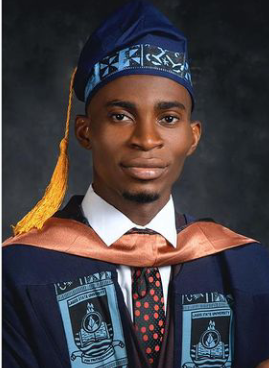 Ever since the details of this disclosure started to trend online, a lot of Nigerians have been reacting. So many of them applauded governor Dapo Abiodun for celebrating and rewarding the academic excellence of the young man. Many of them compared the reward Oladimeji received to that which his counterparts who have also attained similar feats like him received. 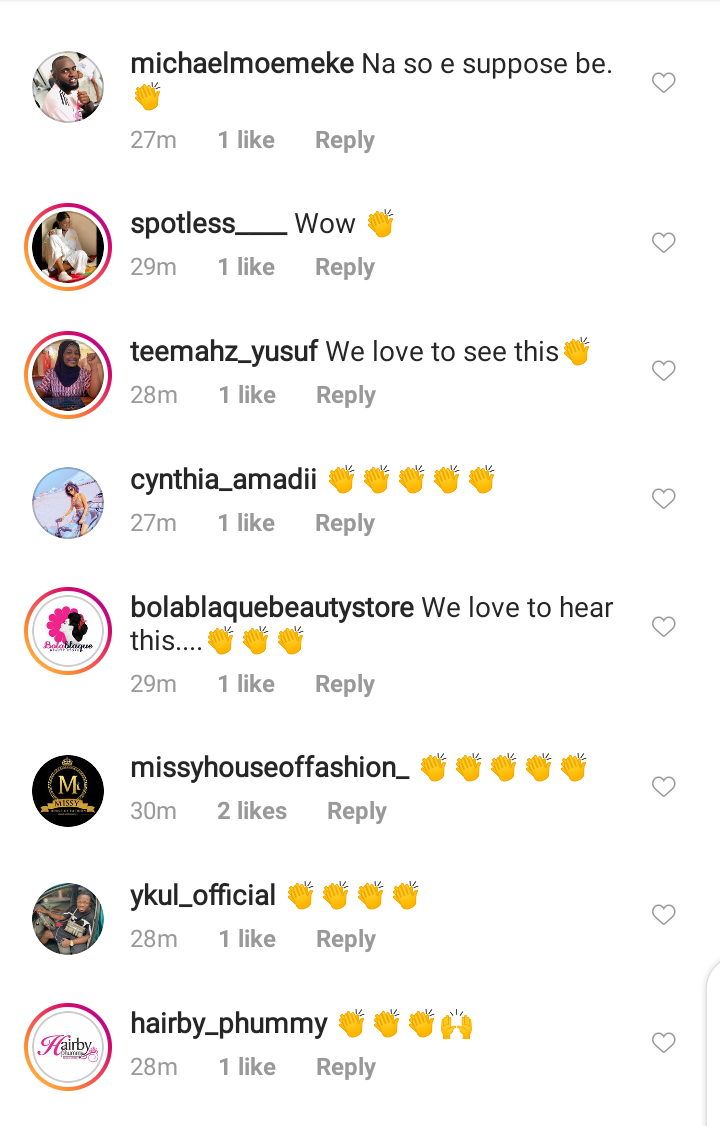 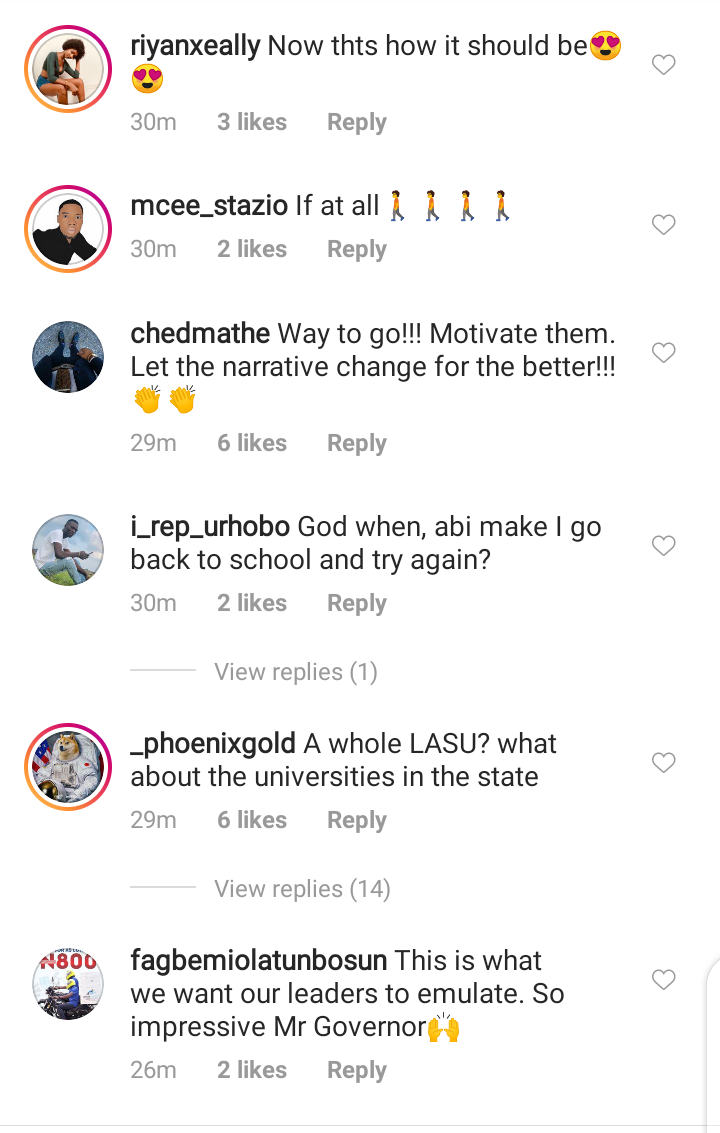 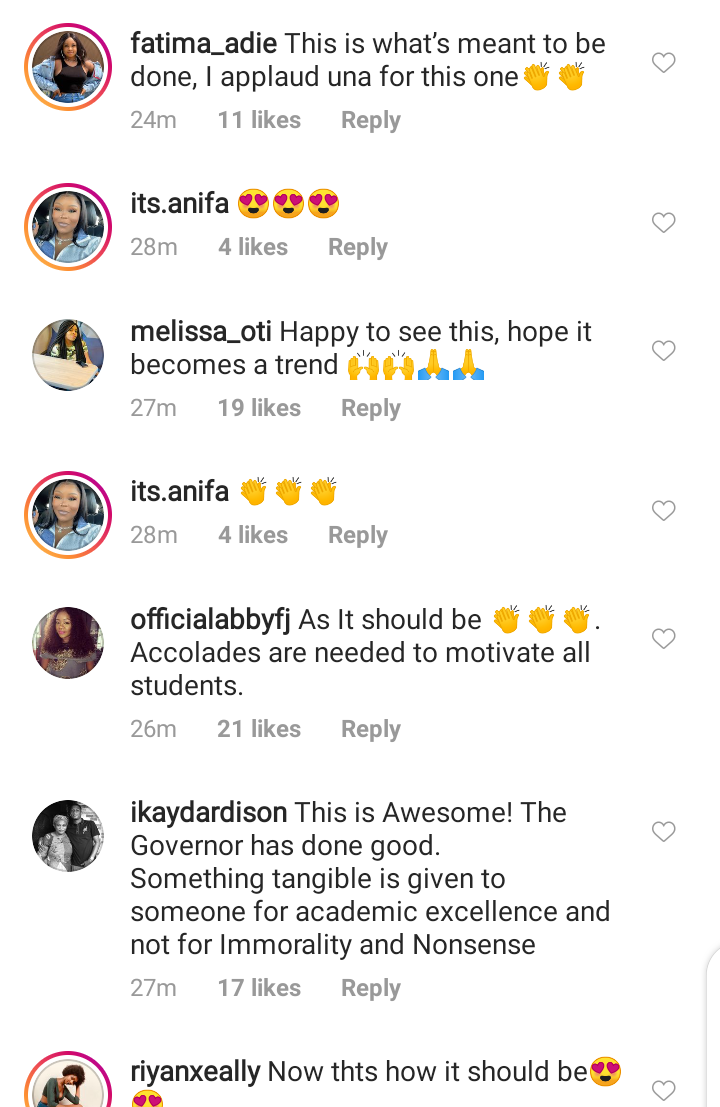 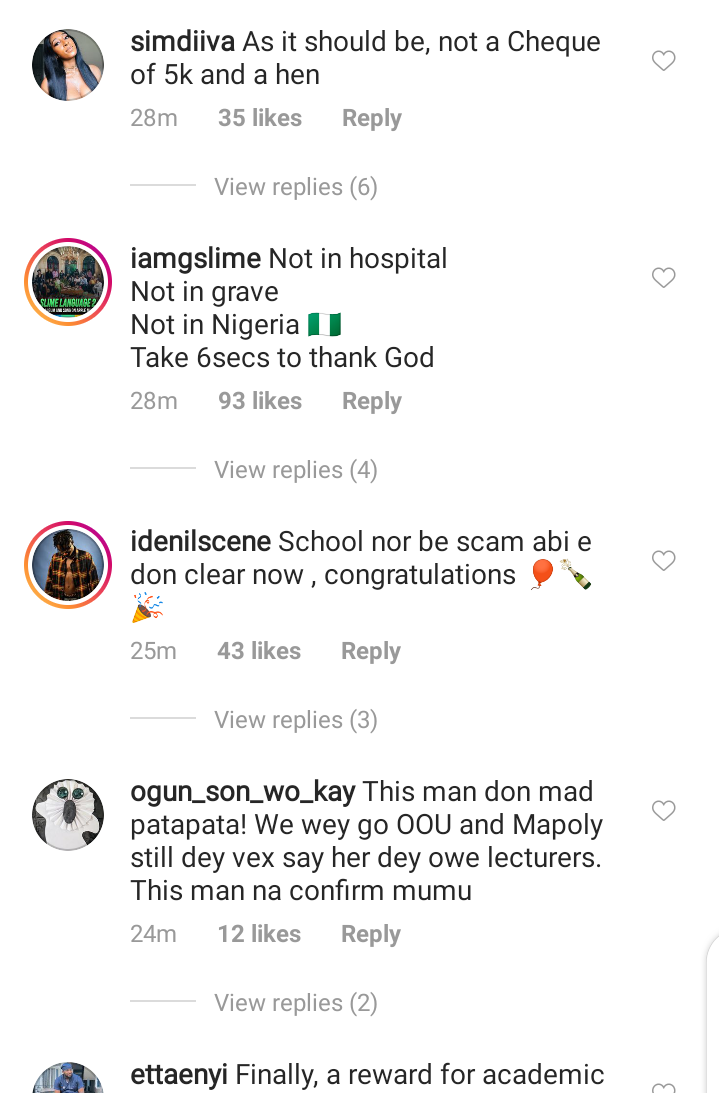